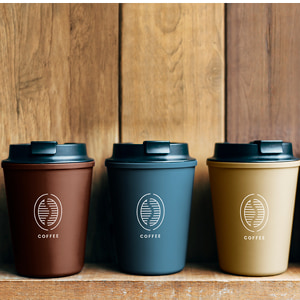 In our ‘throw away’ society, the linear model of make, use and discard is depleting the resources of our planet – and our pockets. The solution is a circular economy, where nothing is wasted, rather it gets reused or transformed. While standards and initiatives abound for components of this, such as recycling, there is no current agreed global vision on how an organization can complete the circle. A new ISO technical committee for the circular economy has just been formed to do just that.

It’s a well-known fact that the rise in consumerism and disposable products is choking our planet and exhausting it at the same time. Before we reach the day where there is more plastic in the sea than fish1), something has to be done to ebb the flow. According to the World Economic Forum, moving towards a circular economy is the key, and a ‘trillion-dollar opportunity, with huge potential for innovation, job creation and economic growth’2).

A circular economy is one where it is restorative or regenerative. Instead of buy, use, throw, the idea is that nothing, or little is ‘thrown’, rather it reused, or regenerated, thus reducing waste as well as the use of our resources.

While many organizations ‘do their bit’ in terms of recycling or sourcing locally, we are far from a world where the economy is truly circular, said the chair of ISO’s new committee on the circular economy, Catherine Chevauche: “In order to have a new economic model, businesses need a new business model – what has been lacking is a truly global vision of what a circular economy really is and a model that any organization can adopt.”

A new ISO technical committee intends to address this. ISO/TC 323, Circular economy, is currently made up of experts from over 65 different countries and growing.

The idea for the committee began with a seminar held by AFNOR, ISO’s member for France, where business leaders from many sectors expressed the need to move from a linear to a circular economy model. What followed was a French standard, XP X30-901, Circular economy – Circular economy project management system – Requirements and guidelines that was published in 2018. The response was so positive that an international committee was proposed and ISO/TC 323 was born.

The committee intends to produce a set of internationally agreed principles, terminology, a framework of what a circular economy is, and develop a management system standard. It also will work on alternative business models and method for measuring and assessing circularity.

Catherine said there is a recognized urgency to move towards a circular economy, due to the effects of resource and biodiversity depletion, climate change and the growing inequalities across countries related to the world’s production and consumption patterns.

“The members of the committee agree that there is a need to act now to develop standards in this area as quickly as possible”, she said.

“This is particularly true in developing countries, who have tended to bear the brunt of inequalities of wealth and waste in the developed world.”

ISO/TC 323, Circular economy, aims to cover all aspects of a circular economy including public procurement, production and distribution, end of life as well as wider areas such as behavioural change in society, and assessment, such as some kind of circularity footprint or index.

It will also benefit from liaising with the many other ISO technical committees dedicated to standards that are related, such as those for sustainable procurement, quality and environmental management and more.

Field experts or other parties interested in getting involved in the committee should contact their national ISO member.

1) According to the Ellen Macarthur Foundation, if current trends continue, by 2050 there could be more plastic in the sea than fish.