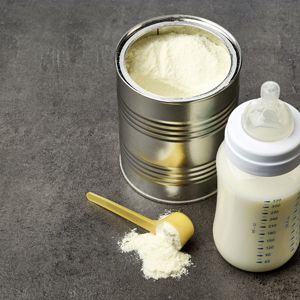 Amongst the most heavily regulated and tested food products in the world, infant formula, and formulas for special medical purposes, come with rigorously checked nutritional labelling to ensure they are what they say they are. Not surprising given the population they serve. New International Standards have just been published to help manufacturers comply.

Food labelling is rarely more important than for vulnerable consumers – such as babies. It is no wonder, then, that manufacturers of infant formulas need to adhere to comprehensive national regulations and international standards like the Codex Alimentarius to ensure that the marked nutritional composition of the product is accurate.

Codex Alimentarius, or the Food Code as it is known, is the Joint Food Standards Programme established by the Food and Agriculture Organization of the United Nations (FAO) and the World Health Organization (WHO), which develops harmonized international food standards that protect consumer health and promote fair practices in the food trade.

Test methods abound, but few were internationally harmonized and based on the Codex standards. Until now. Two new International Standards for verifying compliance of such products with labelling regulations for nutrients have just been published, providing a new inter-laboratory validated analytical technique.

Erik Konings, Convenor of the working group that developed the standards, said they will be of use to regulators and commercial laboratories, as well as manufacturers of infant formula and milk products.

“These standards provide an effective way of demonstrating compliance with national and international regulations as they represent a globally harmonized method of testing, in line with other standards-developing organizations in the sector, such as AOAC INTERNATIONAL and the International Dairy Federation (IDF),” he said.

“They were developed as there were no completely internationally agreed and harmonized standards of this kind, and will thus help to ensure the safety and quality of products for consumers as well as facilitating their trade on the global market.”

ISO 20635 and ISO 20636 are just two of a series of ISO International Standards that have been developed as part of the SPIFAN project (Stakeholder Panel on Infant Formula and Adult Nutritionals), managed by AOAC INTERNATIONAL in cooperation with ISO and the IDF, to develop standard method performance requirements and methods of analysis for 20 or more priority nutrients in infant formula and adult nutritionals.

The standards were developed by working group WG 14, Vitamins, carotenoids and other nutrients, of technical committee ISO/TC 34, Food products, the secretariat of which is held by AFNOR and ABNT, ISO’s members for France and Brazil. They are available from your national ISO member or through the ISO Store.