Fresh changes in the pipeline 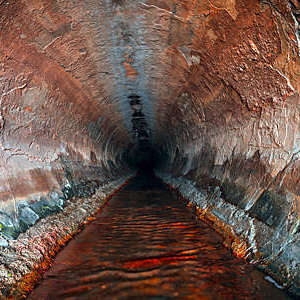 Ageing wastewater systems are under threat from growing populations, urbanization, pollution and climate change, not to mention human behaviour. However, despite these challenges and fears for health and safety, the new ISO&nbsp24516 series is playing a key role in turning what many consider a burden into a valuable resource.

The alarm goes off and, as we roll out of bed, the daily routine kicks in – flush the toilet, take a shower, maybe run a bath, fill the kettle for the vital morning cuppa, perhaps turn on the washing machine and unload the dishwasher from the night before.

Most of us don’t give any of this a second thought until a blockage or a faulty part means having to search for the plunger or call in a plumber. We certainly don’t spend much time – in fact, probably none first thing in the morning! – thinking about what happens to the water that is flushed into the sewage system or that drains away from the white goods in our kitchens. When we turn on the tap for the kettle, unless the water is a strange colour or smells, we take it for granted that the quality is good and it is safe to drink.

But what happens to this wastewater and other “waste” products such as the fat that we poured down the sink after last night’s dinner? Last summer, the media reported on a massive block of fat, nicknamed the “fatberg”, that was found blocking a London sewer. The Guardian newspaper said it was the size of 11 double-decker buses and stretched the length of two football pitches. As well as fat and grease, it contained nappies and baby wipes that had been flushed down lavatories. This was indeed a monster, but similar
fatbergs, although smaller, are found around the world in all wastewater transport systems.

The fatberg example is just one of many horror stories emerging that indicate our waste­water systems are coming under increasing strain, not only from human behaviour but also pollution, extreme weather events such as flooding, intense agricultural practices, ageing sewers and the demands of a growing population worldwide. And, of course, plastics, among other non-disintegrating, non-biodegradable materials used in sanitary and other products, are often flushed after use because they tend to be used in bathrooms.

The facts and figures on plastic pollution are stark. According to a report, Towards the Circular Economy: Accelerating the scale-up across global supply chains, published by the World Economic Forum (in collaboration with the Ellen MacArthur Foundation and McKinsey & Company), in the United States, “plastic waste sent to landfill tripled to 11.3 million tonnes in 2008 from just 3.4 million tonnes in 1980, whereas total waste shrank by 16 % in the same period. Plastics and their applications have proliferated faster than recovery systems have adapted”.

It is little surprise, therefore, that Goal 6 of the UN Sustainable Development Goals, the United Nations’ roadmap to create a better world future by 2030, is: “Ensure access to water and sanitation for all”. Guidelines and standards on best practice, quality and safety in this field have never been more important and the ISO 24516 plays a key role in helping to meet these challenges. There are four parts to  ISO 24516, with two standards already published, on drinking water distribution networks and waste­water collection networks; and two under development, on waterworks and wastewater treatment plants. 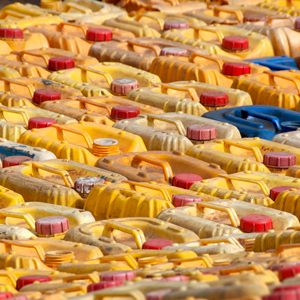 Bruno Tisserand, the Chair of ISO/TC 224, the technical committee relating to drinking water supply systems and wastewater systems, applauds the fact that Goal 6 is pushing the problems into the front row. He says: “Innovations are key, but efficient operations are crucial and depend on good governance. I think that ISO can play a role to promote good practices in water services governance.”

He explains that the first three standards, published in 2007, were addressing the overall principles and good practices of water and wastewater service operations. “They were built for any kind of situation, either an existing high-level service or an area with no service at all.” The last published standards will help to “build an asset management strategy, as well as the necessary tools and decision-making process to keep the infrastructures efficient for the long term at the most affordable cost”.

As Research Program Director for Cities at Veolia, a multinational company that designs and provides water, waste and energy management solutions, Tisserand is keenly aware of the pressures on wastewater systems from growing urbanization. Bigger cities, he says, are more sensitive to the two main impacts of climate change: not enough water (water scarcity and droughts); and too much water (flooding). During 2017’s hurricane season in the United States, for example, wastewater treatment centres in Florida and Texas were overwhelmed. After Hurricane Irma, Bloomberg reported that 500 000 gallons of wastewater flooded St Petersburg and Orlando, with another six million gallons flowing out to the coast of Key Biscayne.

Tisserand points out that more and more people are living close to the sea, often in regions where freshwater is scarce. “This is already an additional challenge in a lot of countries where the rising sea level is becoming a major problem,” he says. “The saltwater intrusion in sewer pipes makes wastewater treatment more complicated.”

Veolia takes an “open-innovation” approach to find solutions for such problems, for instance, by supporting start-ups in areas where water supply is limited. In Mexico, one such start-up is working on a technological solution to recover wasted water, generating benefits for the local municipality as well as Veolia. 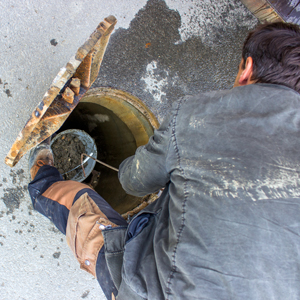 Although advances have been made in many areas, especially in technological progress, many water services are struggling to cope with modern pressures. Duncan Ellison, former Executive Director of the Canadian Water and Wastewater Association, and an active participant in ISO/TC 224, says there are two solutions: “Convincing manufacturers to identify only those products whose physical and chemical properties are similar to toilet paper in respect to the product’s physical disintegration and biodegradation within wastewater transport and treatment systems; and convincing consumers, regardless of product labelling, that the only materials that should be flushed are the three Ps: toilet Paper, Pee and Poop.”

There is good news, however. Ellison says that ISO/TC 224’s working group WG 12 is now seeking to establish the hydraulic, mechanical and environmental conditions to help guide manufacturers in designing products that will not contribute to clogging of screens and plugging of pumps, or to discharging non-biodegraded fibres into the aquatic environment. If this is successful, he says, “it will help eliminate, in the future, products being misidentified as being flushable”. He adds that, on a more general basis, “all the ISO/TC 224 standards are tackling issues of water and wastewater services to improve their management and efficiency”.

Africa is one region that has had to deal with the issues of a fast-growing population and rapid urbanization and their impact on wastewater systems. Sylvain Usher, Executive Director of the African Water Association, another active parti­cipant in ISO/TC 224, says one big challenge is the adaptation of new innovative technologies related to waste­water treatment that fit Africa’s environment as well as the involvement of new private entrepreneurs in on-site sanitation systems management.

Another challenge, he says, is “raising awareness of financiers to understand that wastewater and fæcal sludge can even be a financial resource”. This last point is echoed in the World Water Development Report, published by the UN in March 2017, which says that wastewater from homes, industry and agriculture should be seen as a valuable resource to help meet the needs of a growing global population. Richard O’Connor, the report’s Editor-in-Chief, says wastewater contains nutrients such as phosphorous and nitrates that can be turned into fertilizer. Moreover, treated sludge could be turned into biogas that could power wastewater treatment plants.

Perhaps the biggest challenge of all, though, is lifting what Usher calls the “psychological barriers” to wastewater recycling and reuse in Africa. In the meantime, he says, “we need a wider and in-depth development of engineering related to on-site sanitation. And ISO standards are helping in that way”, particularly in guidance to local authorities.

Tisserand, who is also President of EurEau, the organization that is the voice of Europe’s drinking water and wastewater service operators, sums up: “We all know we need to find a solution to provide both water and wastewater services at the same time if we don’t want to face major epidemical diseases like we had two centuries ago in Europe.” However, he is upbeat about the future: “We helped to describe what to do – and how to do it. Now, let’s do it! 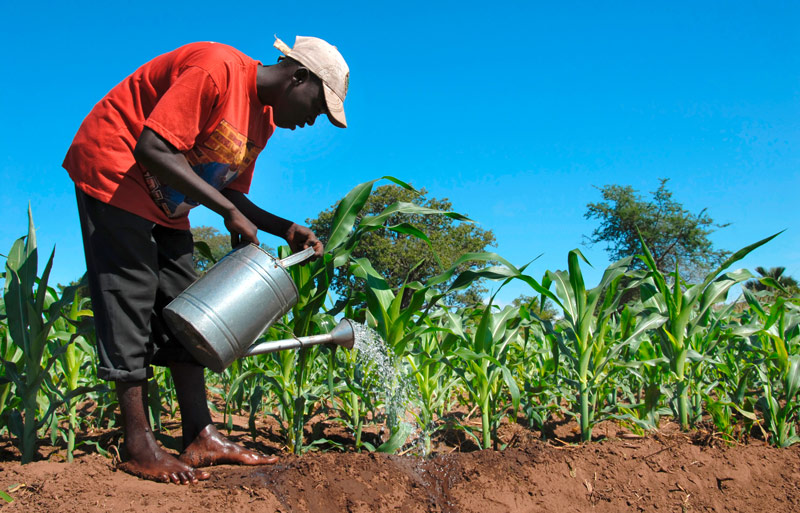