Putting the logic into hydrological 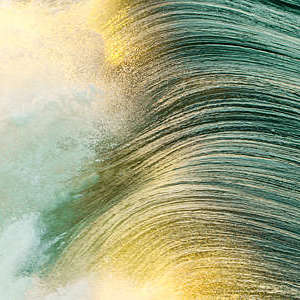 Global mobility, intensive farming and urban developments that have spread into once uninhabitable areas have made water access, use, and reuse, critical areas for International Standards.

It may be hard to imagine, but a vast number of people simply don’t have any drop to drink, let alone sufficient water for cooking, washing or growing food. It’s an injustice that led to a dedicated United Nations sustainable development goal (SDG 6) on clean water and sanitation.

Prominent inclusion in the SDGs underlines the importance of water to the future of our development, as do the three ISO technical committees that deal with different aspects of water. These are: ISO/TC 147, Water quality; ISO/TC 224, Service activities relating to drinking water supply systems and wastewater systems – Quality criteria of the service and performance indicators; and ISO/TC 282, Water reuse. In common with the SDGs, the work done in these ISO technical committees, and the standards that they are developing (currently, there are more than 80 in the pipeline), go a lot wider than just water, touching on areas from farming and food production to smart cities. Here, we focus on the issue of water reuse: How can International Standards provide guidance that means that water is fit for purpose and used in the right way? 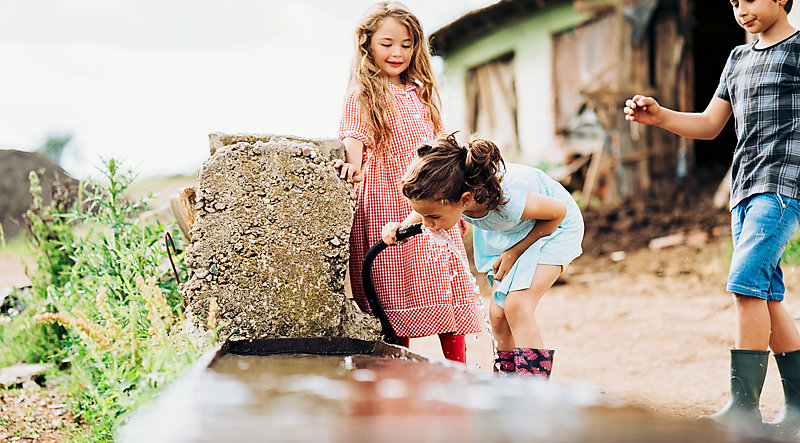 One might imagine that the “best” solution would be if all water sources could be treated and cleaned to perfect purity, but that’s not necessarily the case. ISOfocus spoke with water expert Zillay Nawab who explained how needs differ radically according to intended use. With more than 30 years of experience, Zillay makes a valuable contribution to ISO standards, serving on more than five committees and convening the ISO/TC 282 communications task group. The first thing he told me was that “there are basically two phases to reuse: collection and treatment. Both require infrastructure and both incur expense, and the cleaner you want to make water, the more it’s going to cost”.

That means forward planning is essential. As Zillay explains, “it’s important that water is not contaminated at the collection stage” since domestic water that’s been used for showering is relatively “clean” compared to water used in industrial processes or for flushing a toilet. Equally, water that will be used in an industrial setting, for cooling for example, does not need to be treated to the same degree as drinking water; to do so would be a waste of resources. He went on to add that “certain jurisdictions require industries to treat the used water in order to remove harmful elements before discharging it in a water body, ground or drainage system. This is not the case universally, and one sees many examples of pollution and ensuing health problems”.

An advocate for water rights, Zillay sees International Standards as clear guidelines “that help city planners and communities develop solutions that work for them”. ISO standards enable all parties involved, whether municipalities, manufacturers, insurance companies or development organizations, to engage in constructive discussions using a shared vocabulary and a common understanding of what constitutes best practices.

Zillay lives and works in Canada, though he studied engineering in the USA and originally comes from Pakistan. His global perspective on the ISO process, based on consensus, is positive and he highlights the “ongoing need to ensure involvement of developing countries, in order to create solutions that work effectively”. He points out the benefits of arrangements such as twinning, where an experienced and well-resourced ISO member country mentors and supports an underdeveloped member country to jointly create standards. This is part of ISO’s work in capacity building. Zillay adds that effective international standardization can be facilitated via “awareness, stakeholder consultation, engagement and collaboration with underdeveloped and developing countries”. It’s clear that Zillay’s role as convenor of the communication group is an important complement to his technical expertise.

The stuff of life

The technical challenges of water reuse are linked to its role as the basis of all life and most fluids. Chemically speaking, water can dissolve a lot of things. That’s convenient for washing clothes or spraying crops, but something of a challenge when all that’s needed is a glass of clean water. Water with nothing else in it is actually quite hard to come by.

The fact that two-thirds of the planet are covered by water presents a frustrating conundrum. It looks potable, but you can’t drink it or use it for farming, at least not without some help.

The challenge of desalination has intrigued generations of engineers. Technology has moved us closer than ever, but the current state of affairs is that while it can be done, even on a large scale, it comes at a high cost, both financially and ecologically. It usually relies either on energy-intensive distillation or on complex membranes, though a trend towards development of major urban centres in inhospitable environments can mean that there is little other choice.

Historically, most of the world’s major cities were founded on rivers. (In fact, in Europe, only one capital isn’t on a major river.) The benefits go beyond transport and fishing, or even simply standing on a bridge and letting your thoughts go with the current. Rivers at the heart of a city are testament to the primordial importance of water. And while they carry fewer goods and people than they may have at one time, they’re still widely used both to supply water and transport waste. But what about newer cities that have grown in places where water in any form is scarce?

It’s particularly stark in places that have developed quickly, and few have grown faster than the dazzling cities of the United Arab Emirates (UAE). Attracting millions of tourists both as a destination and a travel hub, the UAE also has, at around 8 %, one of the highest population growth rates in the world, partly due to a massive influx of people who are drawn by the promise of lucrative work and luxury living.

In fact, Zillay himself worked in Abu Dhabi for more than 20 years, contributing to one of the largest gravity-fed sewerage and water-recycling systems in the Middle East. At more than 40 km long and 5.5 m in diameter, the tunnel is a modern feat of engineering. In Gulf countries, where water is scarce to begin with and comes mainly from desalination plants, sophisticated water reuse, combined with public awareness on how to use less in the first place, have created some of the world’s most water-efficient cities.

Zillay gives some perspective on reducing use: “For example, residents still use about twice as much water as in major Canadian cities, but when it comes to reuse, the region has a good track record.” The gold medal goes to Israel’s Tel Aviv, where an incredible 90 % of water goes on to be reused for everything from agriculture to industrial use, but at around 85 %, Abu Dhabi isn’t far behind, as a result of strategic, multi-billion-dollar investments.

In neighbouring Dubai, there is a lot of catching up to do. Online videos show queues of thousands of tankers driving out to distant sewage treatment plants. In some cases, truck drivers, frustrated by long jams, have illegally dumped hazardous raw sewage into storm drains or on the land, where it can pollute ground water or be carried to the sea. The situation has been addressed urgently, since waterborne pathogens pose a serious risk to health, and currently around 70 % of the city’s sewage flows into the mains. Safely containing and treating the rest is a priority if the city intends to catch up with neighbouring Abu Dhabi.

The substantial challenge of how to manage water in rapidly growing cities isn’t limited to the Gulf. They have simply been forced to deal with it more urgently than others, and have responded with world-class solutions. But more than half of the world’s population currently lives in cities, and that’s set to increase to 70 % within the next 30 years.

That’s a good thing because cities are the most efficient, and potentially sustainable, way for populations to coexist. They make the best use of resources, distributing them effectively and benefitting from an economy of scale that makes daily life more convenient and more ecological.

The future is in connectivity. By understanding the habits of citizens, changing distributions and demographics, travel needs and usage patterns of resources, including utilities such as water, people can be served more efficiently than ever before. With smart cities as the theme for 2017’s World Standards Day, ISO’s role in developing standards that work together to address all aspects of how we will fit seven billion people into cities – comfortably and safely – is more prominent than ever. 1)

But it’s not just people who aren’t able to deal with pollutants in water. Salts are equally unpalatable for most livestock and crops. That’s why a significant challenge to sustainable food production is to address over-reliance on mineral-rich water from boreholes. Their use to irrigate arid and semi-arid lands leaves some areas so saline that their continued use for farming is threatened. Far from making marginal areas productive, incorrect water management has turned thousands of hectares of land into man-made salt pans where crops struggle to grow. Sensible planning, accurate irrigation and efficient water reuse are all part of the solution.

Unlike energy, water can be created and destroyed. (Probably some of us can remember a simple experiment from our school days where a battery is attached to two electrodes that are plunged into a glass of water. Likewise, burning any hydrocarbon creates water.) But outside of a science lab, water should be treated as a finite and precious resource.

Thanks to ISO experts like Zillay and more than 315 International Standards that set parameters for safe water, efficient use, collection, treatment and reuse can become a global reality, helping to achieve a key sustainable development goal. Equal access will bring immediate benefits to almost two billion people who are forced to drink polluted water every day, and is fundamental to realizing almost all the other goals including “life below water”, “zero hunger” and “sustainable cities and communities”. Now that’s something worth raising a glass to.

1)  Visit #worldsmartcity to find out more.

Today, one in ten people lack access to safe water. Yet access to water and sanitation can turn problems into potential, unlocking education, work opportunities and improved health for all.
Barnaby Lewis
+41 22 749 0523
Elizabeth Gasiorowski-Denis
Editor-in-Chief of ISOfocus
+41 22 749 03 25