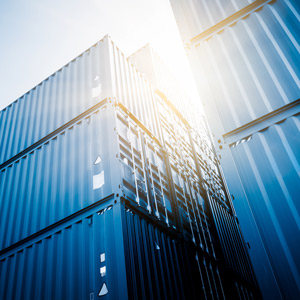 Elia Kazan’s 1954 film On the Waterfront is probably best known for the line “I coulda been a contender”. In the role of Terry (a longshoreman1) and failed boxer), Marlon Brando sums up perfectly the passing of something that was, or might have been. While the film remains one of the undefeated greats of modern cinema, it’s ironic that the eponymous waterfront was KO’d by one of the 20th century’s most influential inventions.

There is an impressive list of contenders for the title of “World’s most Influential Invention”: the 1900s began with automobiles and radio, and ended with the ­Internet. Somewhere in between, antibiotics were invented. But as a long-time supporter of underdogs of almost any pedigree, I’m going to make a case for the humble shipping container.

It was the container that put an end to manual labourers like Terry on docksides. And while the loss of jobs to technical progress is a downside, no one misses transferring cargo from ship to quayside by hand. It was low-wage, back-breaking labour in dirty and dangerous conditions; one generation later, you’d be hard-pressed to find anyone willing to do it.

Just how did such a simple idea change the face of freight, and the world? After all, putting things into boxes or bags in order to shift them around more efficiently is pretty obvious. Moving house or a trip to the supermarket would be unthinkable if each item had to be carried individually, and yet shipping containers weren’t in international use until the mid-1960s. So why did they take so long to catch on?

The answer is standardization, or rather the lack of it. Created in 1961, ISO technical committee ISO/TC 104, Freight containers, has since standardized almost every aspect of containers from their overall dimensions to how they can be stacked, to the twistlocks that securely fasten them to ships’ decks or truck trailers, to the terminology used to describe them.

It’s almost 40 years since the first of these International Standards, ISO 668, Series 1 freight containers – Classi­fication, dimensions and ratings, was published, but as the Chair of ISO/TC 104, Dick Schnacke, explains, there is an ongoing need to develop new standards in the area. “Shipping in containers has been a major driver of globalization. It led to a huge reduction in the cost of shipping and allowed many countries that were previously isolated from global trade to put their products on the world market. And today there are more consumers, and more goods to be shipped, than ever before, and that means that ISO/TC 104 is kept busy.”

As we move to an increasingly virtual world, where e-commerce is becoming the norm, it is easy to forget the massively intricate physical networks that link our online shopping baskets to our real-world homes and businesses. By providing an inexpensive way of moving goods around the planet, the end cost of those same products is substantially reduced. In most cases, the consumer is the clear winner. They have greater choice than ever before, and more products in their shopping baskets for the same cash. In fact, consumer choice, as we understand it today, is a post-freight-container concept. 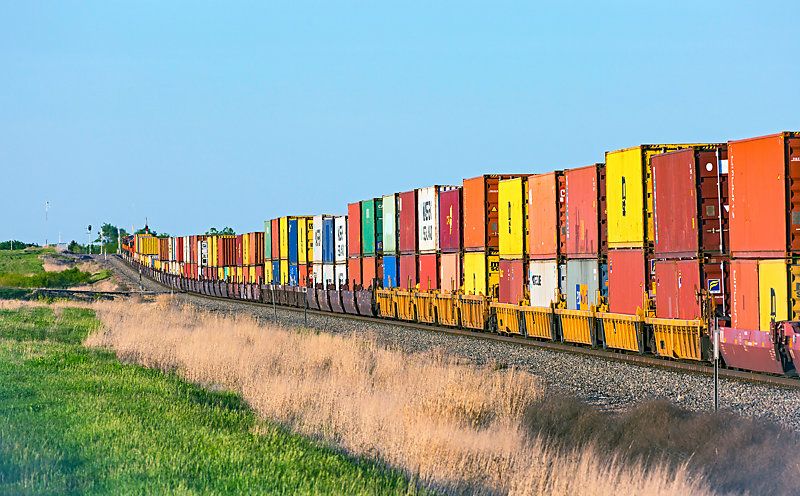 From hot-house hero to family favourite

Here’s an example. If you were to visit any well-­maintained English stately home from the 18th century, you might not have to look far to find pineapple motifs in the decor. Whether carved into a stair post or as a ceramic object, pineapples were an emblem of luxury. Back then, few people had ever eaten one and they symbolized an exotic lifestyle and massive wealth, something like a private jet today. The landed gentry would wow their dinner guests by serving them pineapples grown by the country’s best horticulturists, specifically recruited for the task. Each fruit had to be coaxed to ripeness in specially designed heated glasshouses and required an inordinate amount of labour, time and fuel to grow.

Today, I can go online and buy a pineapple for a couple of dollars. When grown in tropical climates, pineapples don’t require greater know-how than any other crop, and they certainly don’t need heating. Harvested green, they will withstand a journey by land and sea, and the economies of scale achieved when planted by the hectare, combined with the low cost of efficient, containerized shipping, have made this sweet luxury available to everybody.

The pineapple has also played a direct role in the thorny history of pre-standardized containers. Marc Levinson, transport expert and author of The Box – How the Shipping Container Made the World Smaller and the World Economy Bigger, says “today the standard container is 40 ft long (12.192 m), but it wasn’t that way at the beginning”. Referring to Malcom McLean, self-made man and containerization pioneer, Levinson points out that “McLean’s initial containers were 33 ft2) long”, mainly so that they would be easy to manoeuvre on the narrow and winding roads that led to his HQ in New Jersey. McLean then developed a second-­generation container of 35 ft3).

Meanwhile, his competitors operating in Latin America favoured a 17 ft4) model suited to mountainous areas. While the biggest player, Matson, on the West Coast, developed a model 24 ft5) in length. This last configuration was partly decided by the nature of the principal cargo: pineapples. “If you had a large container, coming from Hawaii, filled with canned pineapple, it would be too heavy to lift. So there was no reason to have a larger container because you couldn’t do anything with it!” Levinson explains.

Lack of compatibility between different models meant that each shipping company had to install its own handling facilities specific to the proprietary design of container. It meant that a business or a port would have to make a commitment to a particular manufacturer’s design. That reduced certainty and stifled competition. Levinson describes the problem of non-standardized containers: “You were losing all of the efficiencies. It was not a network; it was just individual companies doing their thing. It wasn’t convenient for the shipper, and it wasn’t saving money. The question then became: How do you standardize this?” It was about that time that International Standards came to the rescue.

The patents developed by McLean were made available to ISO free of charge; from the beginning, the industry saw the benefits of standardization. The initial uptake was rapid, spurring a shipping boom, and a massive growth of global ports and handling facilities. 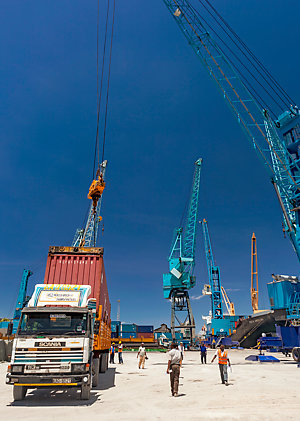 Today, progress is slower, as Schnacke remarks: “The industry is under significant economic pressure, with fragile margins and some even operating at a loss. The result is that there isn’t much capacity to invest in new technology, even though there are clear benefits.” In some ways, the industry is a victim of its early enthusiasm for standards. Schnacke again: “Rapid standardization did such a good job of getting the basics right that there has been little need to change.”

But surrounding technology has moved on, and few people are better placed than Dick Schnacke to see the bigger picture since he holds down a second ISO job as Chair of technical committee ISO/TC 204, Intelligent transport systems. “Most freight containers get to their final destination by road, so there are crossovers. In ISO/TC 204, we’re developing a unified approach that prepares freight containers to play an ongoing role in future transport systems.”

One of the most significant developments is technical specification ISO/TS 18625, Freight containers – Container Tracking and Monitoring Systems (CTMS), which is currently under development. Envisaged as the first of several CTMS standards, the ultimate goal is to unify diverse technologies, including radio-­frequency identification or RFID, to improve tracking and monitoring of goods in transit. Enabling real-time connectivity would be a boon to the entire industry: companies shipping high-value cargoes (and their insurers), vendors managing their shop-floor stock while it’s in transit, vaccines or food products that require an uninterrupted cold chain, and customs and border agents accessing and managing information that keeps people safe.

The case for the case

Far from being left behind with Terry, shipping containers are keeping up with progress as they, and even their contents, become connected to the Internet of Things. And that, in a word, is the case for the shipping container: connection.

Revolutionary in its simplicity, the freight container enabled a global network capable of handling unprecedented quantities of cargo. It connected us to the furthest-flung ports and brought us new foods, fast-moving fashions, affordable tech, and a sense of global citizenship. From Antwerp to Shenzhen, the extraordinary growth of global freight handling and distribution capacity can be explained by one thing only – the standardized freight container. An invention that stacks up nicely alongside the greatest innovations of the 20th&nbspcentury.

An overview of recent trends and near-term prospects for the transport sector at a global level, as well as the long-term outlook for standards in the industry (maritime, air and land).
Barnaby Lewis
+41 22 749 0523
Elizabeth Gasiorowski-Denis
Editor-in-Chief of ISOfocus
+41 22 749 03 25