Protecting an animal’s welfare means providing for its physical and mental needs. The farming of animals is no longer just seen as a means of food production but as an ethical concern. 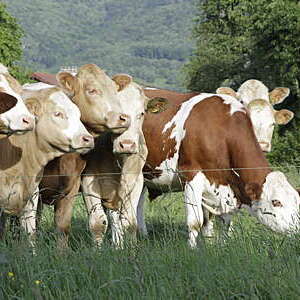 By Sandrine Tranchard
Tagged as

Consumers are increasingly concerned about the treatment of animals and the well-being of farmed animals is strongly associated with the quality, and even the safety, of food. As consumer awareness of animal welfare issues continues to rise, the demand for products complying with animal welfare standards is growing, giving producers who maintain these high standards a competitive advantage.

Likewise, the food industry is taking more action to better implement animal welfare management. The new ISO technical specification ISO/TS 34700:2016, Animal welfare management – General requirements and guidance for organizations in the food supply chain, will help the food and feed industry to develop an animal welfare plan that is aligned with the principles of the World Organization of Animal Health (OIE) Terrestrial Animal Health Code (TAHC)* and ensure the welfare of farm animals across the supply chain.

ISO/TS 34700 represents the culmination of a joint effort between ISO and the OIE following the cooperation agreement signed in 2011 between the two organizations. The new technical specification is intended to support the implementation of relevant practices to ensure animal welfare in livestock production systems. It will be a way for business operators in the food supply chain to demonstrate their commitment to animal welfare management.

“The first beneficiaries of ISO/TS 34700 will be the business operators of the animal production food chain, including animal farmers, livestock transport companies and slaughterhouses,” says Dr François Gary, Convenor of working group ISO/TC 34/WG 16 that developed the document. “By creating a common vocabulary and a common approach to animal welfare management, this ISO technical specification will improve the needed dialogue between suppliers and customers within the food supply chain, especially between primary production and processing operators. This will be a business-to-business tool.”

ISO/TS 34700 will serve as a helpful tool for the private sector and competent authorities alike to clear up discrepancies in the regulatory framework, especially in developing countries facilitating public-private partnerships for animal welfare policy.

During the development of ISO/TS 34700, special attention was paid to the needs of small companies that make up most of the business operators involved in the animal food supply chain (family farms, small transport companies, small slaughterhouses…). But the document will also act as an international reference for companies involved in the trade of animal products.

Other parties, such as retailers, consumers and NGOs with an interest in animal welfare protection, will be indirect beneficiaries of ISO/TS 34700 as business operators begin to demonstrate their appreciation and commitment for animal health and welfare.

“The ISO technical specification will provide an important framework supporting the implementation of the OIE’s international standards for animal welfare around the world,” says Dr Monique Eloit, Director General of the OIE. “Consistent implementation of humane and ethical rearing conditions for animals provides certainty for farmers and producers, and confidence for consumers.”

The members of SSAFE, a non-profit membership-driven organization that aims to foster continuous improvement and global acceptance of internationally recognized food protection systems and standards through public-private partnerships, supported the development of the technical specification.

“SSAFE supports ISO/TS 34700 for animal welfare as it provides a practical tool for promoting good animal welfare practices for food-producing animals based on OIE principles, and encourages all stakeholders across the food supply chain to observe the OIE animal welfare standards in relation to trade in foods of animal origin,” says Theodora Morille-Hinds, President of SSAFE.

The working group in charge of developing the technical specification brings together more than 130 experts from all regions of the world, with strong participation from developing countries and a broad range of stakeholders (private sectors, competent authorities, NGOs…), providing a representative balance in the search for consensus.

As with all ISO technical specifications, ISO/TS 34700 will undergo its normal systematic review in three years’ time and feedback will need to be organized.

ISO/TS 34700:2016 was developed by ISO working group ISO/TC 34/WG 16, whose secretariat is held by AFNOR, the ISO member for France. It can be purchased from your national ISO member or though the ISO Store.

The OIE’s guiding principles on animal welfare also mention the universally recognized “Five Freedoms”, stated in Chapter 7.1 of the OIE TAHC, which outline five aspects of animal welfare under human control. The five freedoms for animal welfare, as currently expressed, are: