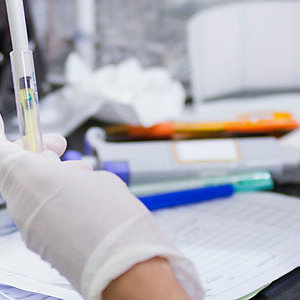 A female serial killer named “Phantom of Heilbronn” was linked to 40 crimes, six of which were murders. Yet in 2009 it was discovered that she didn't exist. Here, we look at this fascinating tale of DNA contamination introduced to each crime scene and how ISO 18385 will assist forensic science in addressing this issue.

If your DNA is found on a weapon or at a crime scene, does that make you guilty? The police might think so, but a female serial killer dubbed the “Phantom of Heilbronn” shows that the presence of foreign human DNA is far more common than previously thought, a finding that has led to serious repercussions for forensic science.

A woman referred to as the “Phantom of Heilbronn” assumed national prominence in Germany after the murder of a policewoman. The Phantom’s crimes were too numerous to mention – scores of brutal murders and thefts, a string of brutalities extending as far back as 1993. What did this series of ruthless attacks and petty crime have in common? Very little, with the exception of DNA from one individual recovered at each crime scene… and pointing to the same culprit.

You may be thinking: They have DNA, why can’t they find the Phantom? The investigation was complicated by several factors, contends Dr Linzi Wilson-Wilde, Director, National Institute of Forensic Science, Australia New Zealand Policing Advisory Agency. These factors included the geographical disparity of the crime scenes, the lack of pattern in her list of accomplices (including Slovaks, Serbs, Romanians, Albanians and Iraqis) as well as the fact that persons convicted for some of the crimes denied her existence, she had not been captured on any security camera, and certain witnesses described her as looking like a man.

The inconclusive evidence finally led investigators to reconsider. “The number and diversity of the crimes had raised the suspicion of contamination,” explains Wilson-Wilde. Human genetic material had inadvertently been transferred to the forensic sampling equipment, bringing a series of criminal investigations back to square one.

After spending so many years tracking the perpetrator of such heinous crimes, the mystery of the Phantom was solved in March 2009. Investigators came to the conclusion that the “Phantom” criminal did not exist and the DNA recovered at the crime scenes had already been present on the cotton swabs prior to being used for collecting DNA samples.

As embarrassing as this case might be, it highlighted some very real issues about the risk of human-to-product contamination. The introduction of foreign DNA to a crime scene sample, either at the site itself or during laboratory analysis, can have devastating effects on an investigation.

But how exactly can foreign DNA be introduced? Quite simply, it comes down to the manufacturing process of consumables used in the recovery and processing of DNA material. Consumables used at a crime scene or during subsequent forensic testing are one potential source of such DNA contamination, explains Wilson-Wilde. “In recent years, DNA analysis techniques have acquired an increased sensitivity resulting in profiles being produced from consumables which have had genomic DNA deposited on the items during the manufacturing process.”

According to one theory, the swabs used in the Phantom cases all came from the same factory, which employs several women, one of whom matched the DNA recovered from the crime scenes. The cotton swabs were put through the proper sterilization procedures (used to kill bacteria, fungi and viruses), but still became contaminated with human cells in the form of skin particles, sweat, saliva or other bodily secretions.

It begs the question: How can the global forensic science community prevent this from happening in the future? Part of the answer lies in a new ISO standard, published earlier this year, which is intended to minimize the risk of DNA contamination.

ISO 18385, Minimizing the risk of human DNA contamination in products used to collect, store and analyse biological material for forensic purposes – Requirements, is the world’s first International Standard on the manufacture of forensic consumables. The new standard outlines the requirements for the manufacture of kits and consumables for DNA analysis by the global forensic science community.

“ISO 18385 provides guidance to manufacturers on how to minimize the chance of a contamination event,” says Wilson-Wilde. “The standard also sets pass/fail criteria so that manufactures can, for the first time, test their products against the requirements of the forensic industry to ensure they are fit for purpose.”

ISO 18385 is being recognized internationally as setting the standard for the forensic DNA community. The standard is important because:

ISO 18385 will be used by police forces and forensic science laboratories as well as manufacturers for the forensic DNA community. It is expected to minimize the risk of contamination of consumables used in the recovery and processing of DNA samples, and, in so doing, increase the public confidence in forensic DNA analysis.

Wilson-Wilde adds: “Implementing ISO 18385 will give confidence to forensic scientists that the products they use are fit for purpose and appropriate measures have been taken to significantly reduce contamination, thereby diminishing the number of extraneous DNA contributing to DNA profiles, potentially making results easier to interpret. This all leads to greater confidence in forensic science results by police and the courts.”

A contaminated consumable used in an investigation has the potential not only to skew an investigation in the wrong direction, but also to eliminate an offender or to convict an innocent party – or ghost – as seen with the Phantom of Heilbronn.

The case has had far-reaching consequences on the forensic community. Wilson-Wilde explains: “In the Phantom of Heilbronn case, police spent eight years, an estimated EUR 2 million and over 16 000 hours of overtime searching for a ‘female serial killer’ linked to over 40 crimes across Germany, Austria and France.” In addition to the obvious waste of thousands of man-hours, there were dozens of savage crimes whose culprits were virtually ignored while investigators chased a ghost.

Despite this disturbing case, DNA evidence is still viewed as one of the more reliable practices in forensic science, provided the appropriate procedures are followed. Yet from this incident, and many others since then, it is clear that even the best of techniques and practices must be accompanied by International Standards. In forensic science, there is no such thing as “trust me”.

A time for trust

With trust, businesses and consumers embark on a lifelong journey towards solutions that will meet their mutual expectations. Learn about how standards help bridge this relationship.
Elizabeth Gasiorowski-Denis
+41 22 749 03 25