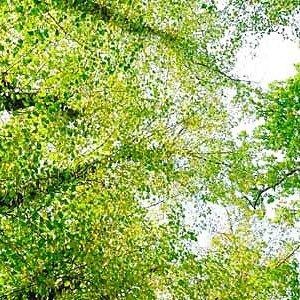 ISO 14001 is one step closer to a new version following a week of meetings in Panama where experts discussed the environmental management system standard as well as other important documents dealing with greenhouse gas emissions and water footprint.

From 23 – 28 May, international experts resolved comments and questions submitted during the revision process of ISO 14001 and the Draft International Standard is now expected to be published in early July.

Susan Briggs, convenor of the group of experts leading the revision, explained that some of the major changes to the document include a more proactive commitment to protect the environment as well as requirements to illustrate visible commitment from top management.

Here Susan Briggs speaks about the main changes made to the standard during the revision.

During the week, experts also worked on the revision of the greenhouse gas standards ISO 14064 and ISO 14065. These standards were published in 2006 and 2013 respectively, and their revision will make them easier to use and more adapted to the current market and policy needs.

According to the chair of the committee tackling this project Tom Baumann, the revision will bring the standards up to date with state of the art quantification and verification of greenhouse gas emissions and renewals.

Here Tom Baumann explains some of the main issues being discussed in the revision process including how the standards could be used to take into account carbon offsets, or be applied to product carbon footprints.

Regularly revising the suite of environmental standards ensures they remain useful tools to adapt to policy guidelines; increasingly important as more and more governments around the world are making strong commitments to fighting climate change.

Earlier this week, US President Barack Obama announced a new proposal for cutting carbon emissions from power plants as part of the US commitment to fighting climate change. According to Bob Page, chair of the group of experts working on the ISO 14000 family of standards (TC 207) and Professor at the University of Calgary, this announcement gives hope that international progress on climate change negotiations will continue.

In addition, he underlined the role International Standards will play in reaching climate change goals: "The critical question is whether world leaders can be mobilised in time for the Paris summit in December 2015. To achieve this goal we must have top down approaches such as national commitments, as well as bottom up actions such as companies using ISO's environmental standards."

Page explained that ISO has standards in many of the areas highlighted by the UN Secretary General for specific action, in addition to working hard to bring forward new carbon footprint and other climate related standards.

The draft water footprint standard ISO 14046 also moved to the next stage during the week with the experts agreeing to its publication as an International Standard. The final document is expected late July.