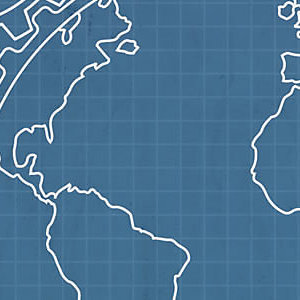 World Standards Day is approaching fast and many of you may be looking for ideas to celebrate the event. In this article, we have collected together some of last year's most inspiring stories from our members.

In 2012 the World Standards Day theme was Less waste, better results – Standards increase efficiency. The day (14 October) pays tribute to the effort of the thousands of experts worldwide who collaborate within IEC, ISO and ITU to develop voluntary International Standards that facilitate trade, spread knowledge and disseminate technological advances.

It is also a great opportunity to bring standardization to a wider audience and to highlight the role of standards in everyday life.

AFNOR, the ISO member for France, introduced standards to employees of neighbouring companies based in Plaine Saint-Denis, just North of Paris.

On Friday 12 October 2012, 6 000 employees from 12 local companies (including Groupe AFNOR) found a paper mat on their lunch trays highlighting the most prominent standards for the leisure industry. An accompanying document tested diners' standards knowledge with three questions: What would a world without standards be like? What exactly is a standard? How do you make a standard?

Copper oxhide ingots (ingots of copper in the shape of a cow hide) were seen in Cyprus between the 16th and 12th Centuries BC. During this period Cypriot copper manufacturers designed a standard shape for the copper ingots to facilitate handling, transport and storage in ships holds and storerooms. In addition, most of the ingots had a standard weight of 25 kg. Furthermore, Cypriot producers introduced a marking system using Cypro Minoan script to indicate that the ingots were made from Cypriot mines that followed standard procedures of production and quality control.

In this respect, the copper oxhide ingots can be seen as one of the oldest model of quality assurance that enabled and facilitated trade between Cyprus and the East.

The Italian Organization for Standardization (UNI) chose the 14 October 2012 to launch its communication on social media. For ISO's Italian member, the celebrations for World Standards Day presented the perfect opportunity to increase visibility with new promotional actions and facilitate access to information for new users.

Furthermore, MBS cut the price of Malawi standards in half during the month of October in order to help promote wider access to national standards.

MBS also organized a seminar, which brought together representatives from Malawi industry, government officials, non-governmental organizations and many other stakeholders, to reflect on the Day's theme. The event was presided by MBS Chair Mussa Chiwaula.

A day in the life, in the UK

The British Standards Institute (BSI), ISO's member for the United Kingdom, produced a consumer flyer for World Standards Day 2012 entitled A day in the life, which highlighted the importance of standards in every aspect of a person's life.

World Standards Day 2013 will be celebrated on 14 October. The theme this year is International Standards ensure positive change. Every year we have a competition to create a poster for the event. An image from the winning poster (designed by German designer Frederica Scott Vollrath) can be seen at the top of this article.