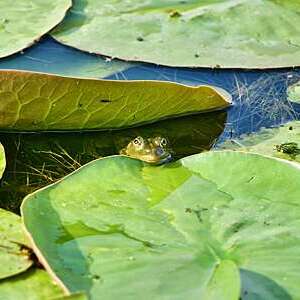 Climate change and biodiversity loss are intricately linked. Today, around a million animal and plant species are threatened with extinction – more, and at a faster rate, than ever before in human history. Nature and its functioning ecosystems are rapidly being depleted, affecting the very fabric of life on which we all depend.

Healthy ecosystems are essential for human well-being, providing clean water, oxygen production and the growth of food and medicinal plants. At the same time, they remove great amounts of carbon dioxide from the atmosphere. And this is where they connect with climate change. Ecosystems store carbon, so when they are damaged, the risk is that they release this carbon back to the environment, accelerating climate change.

Now is the time for action to preserve and protect our health, our families and our livelihoods. ISO is committed to making sure countries around the world share a common language when it comes to combatting climate change and tracking its progress. Acting as a platform for discussion, it brings together national standards bodies from 167 countries to share knowledge and agree on voluntary standards for best practice.

This joint work is essential in the global fight against climate change as success around the world depends on countries working together towards shared goals that are specific, measurable and fair. When it comes to the urgent matter of climate change, ISO’s standards cover everything, from monitoring and measuring emissions to best practice for environmental management, and sustainable finance.

In fact, ISO has published numerous individual standards to help combat climate change, tackling issues on a grand to microbic scale. These include a global framework for how to measure the carbon footprint of products and communicate this on environmental labels in order to identify real examples of good production practice. ISO standards also outline practical steps for achieving non-residential zero-energy buildings using renewable energy in any climate zone, including recommendations for technologies, equipment and materials.

Testing for soil quality is another area of focus for ISO standards. Good-quality soil is filled with essential nutrients that support a healthy, biodiverse ecosystem. As species around the world decline at an unprecedented rate due to threats to their natural habitat, sharing standardized data about soil quality could be crucial to their survival.

Much of ISO’s work on climate focuses on the details and steady implementation of climate-friendly standards that will move the world towards a sustainable future. But the broader remit of ISO’s investment in the planet and commitment to achieving the climate agenda by 2050 is captured in its 2021 London Declaration.

Up-to-date International Standards are essential to enable countries to reach the ambitious target for carbon neutrality set out in the Paris Agreement and the United Nations Sustainable Development Goals. Working towards this aim, the London Declaration pledges ISO’s commitment to include the latest climate science and the voices of communities most vulnerable to climate change in the development of new standards. In addition, it announces the development and publication of the Action Plan and Measurement Framework with concrete actions and reporting mechanisms to initiate and track progress.

Standards bodies around the world have joined ISO in its commitment to these aims. The Institute for Standardization of Serbia (ISS), for instance, has said it “proudly supports the London Declaration and strongly believes that implementation of climate-friendly standards will create the future that our next generations want and deserve.”

“A collaborative global approach to the development of International Standards is vital to provide the right solutions at the right time,” says fellow member, Standards Australia. “ISO and its members play a key role in addressing climate-related challenges through mitigation, adaptation, quantification and the exchange of good practices.”

In the eight months since the London Declaration was announced, organizations in the Americas, Asia and Europe have also endorsed the ISO goals, including the Pan American Standards Commission (COPANT) and the European Committee for Electrotechnical Standardization (CEN/CENELEC).

In uniting global bodies around the ambitious goals in the London Declaration, ISO is not only setting the stage for collaboration on a global scale, but also forging a real pathway for achievable action to fight climate change.