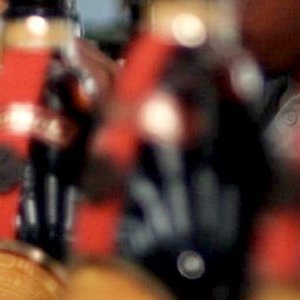 Drinking is meant to be a social activity. But excessive drinking can be harmful. So can an alcoholic beverage company be socially responsible ? Pernod Ricard seems to think so. Not only does the company take social responsibility seriously, but it has put its long-time reputation and brand at stake.

Alcohol abuse causes 2.5 million deaths each year according to the World Health Organization (WHO). That’s 320 000 people aged 15 to 29 who die from alcohol-related diseases, or 9 % of all deaths for that age group.

of subsidiaries were leading at least one initiative for responsible drinking

One of the world’s leading manufacturers of wines and spirits, Pernod Ricard is acutely conscious of the Group’s key role in promoting responsible drinking. ISOfocus asked André Hémard, VP Corporate Social Responsibility for the Group, about Pernod Ricard’s decision to go the socially responsible route and encourage a “responsible drinking” ethos. Here he tells us how the Group’s approach is guided by ISO 26000 and how he believes there can be no sustainable economic performance without putting in place a corporate social responsibility (SR) policy.

ISOfocus : With operations in 80 countries that have different cultural backgrounds and attitudes to alcohol consumption, how does Pernod Ricard implement social responsibility at Group level ?

André Hémard : For Pernod Ricard, “social responsibility” goes hand in hand with sustainable development in that it seeks to reconcile financial efficiency, social equity and environmental protection on the path to continuous improvement. In its long history, the Group has always placed a strong emphasis on people and cultures, guided by a long-term vision, so that it is often seen as a pioneer in this area. The commitment to social responsibility has invariably featured high in Pernod Ricard’s corporate culture, starting with the implementation by Ricard of an employee stock ownership plan in 1938.

As a Group, our priorities are twofold. The first is to promote responsible drinking. Specifically, Pernod Ricard hopes to become a reference on issues of drink-driving and education. The second is to limit our environmental impact with a five-pronged approach including environmental management, sustainable farming, water usage, energy consumption versus CO2 emissions and eco-packaging.

In 2010, we rolled out a global training programme on social responsibility for the Group’s 18 000 staff that covered the issues of sustainable development and social responsibility, the Group’s SR challenges, and the main focus of its SR strategy. Following on from this, a 40 minute e-learning module was launched in April 2011, giving employees the opportunity to validate and expand on what they had learned. By May 2011, more than 15 000 staff members had already been trained up.

Which of your stakeholders is the least receptive to your actions ?

Our subsidiaries work very closely with the local communities where we have operations. Engaging with most of our stakeholders is usually not a problem. There is, however, one group of players that refuses to open up : anti-alcohol associations are still reluctant to cooperate with alcoholic beverage manufacturers. That said, we strive to build relationships based on trust, strong ethical values and transparency.

How did implementing the standard make you aware of risks that were previously overlooked ? Any related challenges ?

We adapted the principles of ISO 26000 to include the notion of responsible consumption.

Yes, implementing the standard certainly helped us define our SR strategy and roll out different initiatives, for instance to get a better picture of our stakeholders’ needs. So far, ISO 26000 has proved a first-rate tool, helping us cover every aspect of the Group’s SR strategy and gradually fine-tune our actions and initiatives.

Given the sensitive nature of our activity, we adapted the principles of ISO 26000 to include the notion of responsible consumption. Engaging with stakeholders from over 70 countries means we never get a comprehensive picture of the situation. What we need is a global SR approach that is flexible enough to incorporate the specific local issues and challenges.

How does ISO 26000 fit in with your business model and management strategy ?

The colossal “Agility” project was launched in 2009 with a view to updating the Group’s business model and giving performance a boost. Senior management had already decided that corporate social responsibility would become one of the six focus areas of its internal strategy. This led to a major brainstorming exercise from 2009 to end of 2010, inspired by the ISO 26000 standard. Additionally, consultations with stakeholders, both inside and outside the Group, helped develop a set of recommendations for Pernod Ricard’s SR policy.

Since the Group’s creation, Management has shown its commitment to social responsibility, for example by including SR criteria into the annual objectives for all their branch managers and executive committee members.

How did you implement the principles of ISO 26000 ? And what did you learn from the experience ?

We have been slowly integrating the ISO 26000 principles into our SR strategy platform and our annual report since 2010. In addition, Pernod Ricard was chosen to pilot the implementation of the new French experimental standard XP X30-027, which helps companies give credibility to a social responsibility strategy based on ISO 26000 (see p. 47). This standard provided us with the tools to assess the credibility of our SR scheme against ISO 26000, helping us improve our corporate strategy and activities.

A gap analysis, performed by external consultants, shed light on our weaknesses. One of the areas highlighted was the need to pay more attention to stakeholders’ expectations. This is why, in 2012, Pernod Ricard launched a project to help subsidiaries identify and map their stakeholders, engage positively with them, and integrate their expectations into the Group’s SR strategy.

To achieve their goal, Pernod Ricard developed tools and guidelines, which they supported with relevant training. Tested in four pilot countries during 2013, this material is set to be reviewed and improved for broader deployment in 2014.

Another of its initiatives is the “Responsib’All Day” event, now in its third year. The annual event calls on all the Group’s employees to help implement a series of five measures over five years in an attempt to curb excessive or inappropriate drinking :

Does implementing the standard impact your image ? How do you measure it ?

of employees were trained on SR issues

The scores obtained in a Group survey and the steady progression in ratings from non-financial rating agencies show that the impact has been positive. Social responsibility is one of the Group’s strongest assets, as is the commitment of its 18 000 employees.

What advice would you give to other businesses ?

Follow the ISO 26000 principles, adapting them to your sector of activity and your business’s capabilities. The name of the game is to be ambitious yet realistic.

What International Standards would you like to see in the future ?

ISO standards must build on their current successes and continue to help businesses on the road to continual improvement to create added value for the long term… but without the constraints !