Experts are currently meeting to discuss a new ISO standard that will help quantify the climate impacts of substances that up until now have not been easily quantifiable. 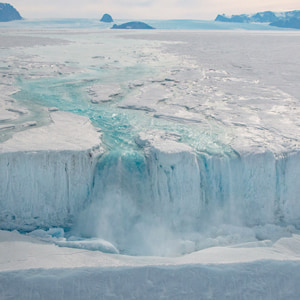 Today, climate accounting systems focus mainly on measuring the emissions of greenhouse gases such as carbon dioxide or methane and ISO has a number of standards in place to support this (standards in the ISO 14064 series). However, there are other substances that can have an impact on the climate and that aren’t covered by the measurement systems in existing standards.

The new standard under development is based on a concept called radiative forcing, which is the difference between the energy from the sun absorbed by the earth and the energy radiated back into space. When incoming energy exceeds energy outgoing, the earth’s atmosphere will warm, and global temperatures rise.

There are many things that can have an impact on radiative forcing, including greenhouse gases, water vapour and particulate matter, and the new standard focuses on a new way to quantify this.

“The future guidance standard ISO 14082 will expand the scope of ISO’s greenhouse gas emissions standards by looking at the climate footprint of climate forcers (substances that have an impact on radiative forcing), which are not otherwise covered by existing standards,” explained Brittin L. Boenning, committee manager for the group developing the standard.

“Substances such as black carbon and other particulates, are not considered under the definition of a greenhouse gas in ISO 14064. So, we knew we needed a new standard to measure and calculate the impact of these unique climate influencers that are physically and chemically not gases,” she added.

The draft standard is a guidance document for measurement and quantification. It doesn’t contain recommendations for how organizations could alter radiative forcing or their impact on climate change, rather it focuses on how to quantify and measure the impact on radiative forcing a substance may have.

ISO standards are developed by experts from the relevant industry, in addition to representatives from consumer associations, academia, NGOs and government. These experts are put forward by ISO’s Members, the national standards bodies in over 160 countries. ISO puts significant effort into capacity building in order to increase developing countries participation in standards development, as well as to take the needs of consumers into account. The group behind this new draft standard is also working with relevant stakeholders to align with climate science as published by the IPCC. If you are interested in getting involved in the development of this standard, please contact your national member body.