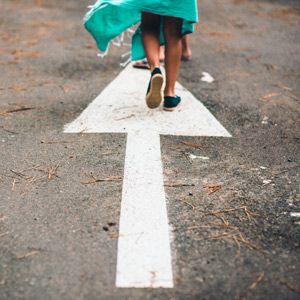 Nearly three years after the official launch of the post-2015 agenda, which plots the path for a better world by 2030, people are still grappling with how to make the ambitious Sustainable Development Goals (SDGs) a reality. But perhaps the ambitious nature of the SDGs should give us some valuable clues on how to go about it. The new partnerships and collaborations encouraged by the goals represent a starting point for making the 2030 Agenda a truly global endeavour.

As a major operational hub of the international system, Geneva brings together many actors who play a key role in implementing the Sustainable Development Goals (SDGs). ISO’s long-established history of collaboration with the United Nations (UN) has been essential to tackling some of the world’s most global challenges and will continue to be a transformative force in the future, as we pursue the roadmap for 2030.

Today, we are facing more complex and interconnected global challenges. Often, even the most local problem has a wider dimension. This is why a multi-stakeholder approach to sustainable development is pivotal in guiding our collective work by 2030.

ISOfocus sits down with Michael Møller, Director-General of the United Nations Office at Geneva (UNOG), to address some of the key issues facing our world today, and how we should approach them, as well as the power of standards to make a difference.

ISOfocus: How is the world appropriating the 2030 Agenda?

Michael Møller: Since the adoption of the 2030 Agenda by the 193 Member States of the United Nations in September 2015, there has been unprecedented momentum around the world to achieve the Sustainable Development Goals. Efforts have been made at several levels and by many different stakeholders. Governments, civil society organizations, academic institutions, businesses, the United Nations itself and other international organizations are all actively joining forces to accelerate results.

In the United Nations, the entire development system is committed to supporting countries in implementing the Agenda. Reforms are also being made within UN organizations to ensure an even more efficient system that will capitalize on the expertise of the different UN entities. Other international organizations are also mobilizing to incorporate the SDGs into their work plans and are tailoring their strategies and activities to translate into action the vision and goals of the 2030 Agenda.

At the national level, many countries have made deliberate policy changes to address the systemic nature of the SDGs, demonstrating commitment to an Agenda that calls for a new way of operating. The most powerful shift, however, is in the way stakeholders are engaging with each other. There is shared recognition that this Agenda will only be met through strategic partnerships and active collaboration among organizations and different stakeholders. In Geneva, my office is particularly active in bringing partners together to demonstrate that they are more than the sum of their parts. The SDG Lab, which I launched in January 2017, acts as a connector and convenor in the Geneva ecosystem and has already achieved great results in incubating strategic partnerships that support implementation at the country level.

What major steps have been taken since the SDGs were agreed in September 2015? And, more importantly, are we on track – particularly when you compare the SDGs to their forerunner, the Millennium Development Goals (MDGs)?

The High-Level Political Forum (HLPF) on Sustainable Development, which meets annually under the auspices of the United Nations General Assembly and the Economic and Social Council, plays a central role in the follow-up and review of the implementation of Agenda 2030 at the global level. Since September 2015, two HLPFs have been held, with a third one taking place in July 2018 in New York. An increasing number of different stakeholders are participating in this annual review where countries share their achievements and challenges through Voluntary National Reviews.

This annual event is a key moment to touch base on common opportunities and hurdles in reaching the SDGs and to learn from successful and less successful practices. It is also a moment to develop new ways of addressing obstacles. Some recurrent challenges are emerging, such as finding the financial resources and ensuring cross-sectoral policies and budgets, but there are also encouraging trends like the role of technology in accelerating development results. 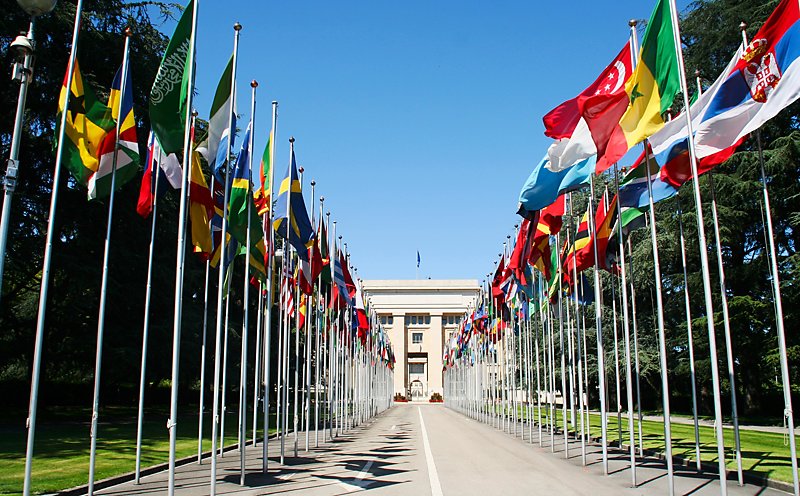 What is the degree of partnership, particularly here in Geneva? How important is ISO’s collaboration to the SDGs?

Partnerships, including more “unusual” partnerships, are key to achieving the SDGs. We need to be looking at multi-stakeholder collaborations where unexpected partners join forces to make sure their different, but complementary, expertise allows new solutions to emerge. In addition to diversity of knowledge, we must diversify in terms of our sources of financing so that risks and opportunities can be shared and programmes can count on regular funding.

In Geneva, the SDG Lab has co-created the Geneva 2030 Ecosystem network where connections and innovative partnerships are incubated among the different stakeholders of this unique city, in support of SDG implementation. There is unprecedented dynamism towards collaboration. With standardization as its core activity, ISO is clearly an important player for achieving the goals. Its portfolio of more than 22 000 International Standards covers almost all the SDGs, from industry to healthcare, to technology and education, and paves the way for successful partnerships.

How do you see the role of ISO standards in helping to achieve the SDGs?

As an independent, non-governmental organization, ISO plays a key role in defining standards that will help support innovation. This is fundamental in accelerating results.

The process itself of defining standards is the fruit of dialogue and partnership, much in the spirit of the 2030 Agenda. In addition, a crucial element for the SDGs is the monitoring and measuring of progress. In this domain, ISO standards help to measure success and identify challenges. 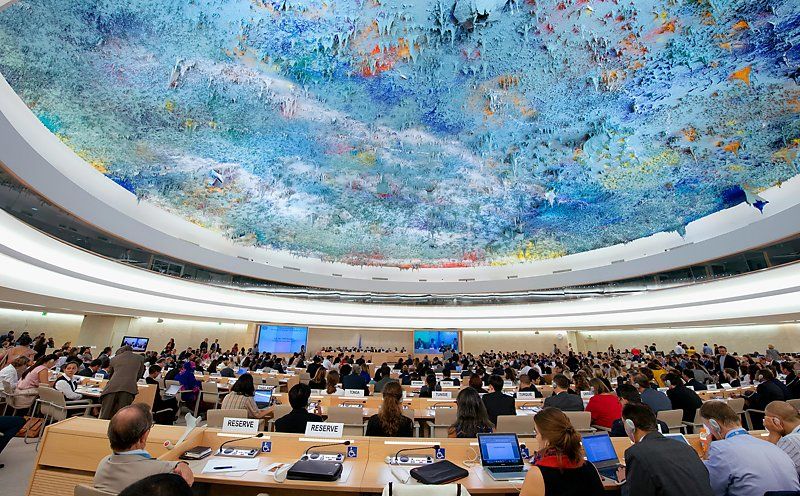 You are one of the instigators of the International Gender Champions, of which ISO is now a part. How do you see the network of champions expanding in the future? How can organizations such as ISO help in furthering these goals?

The International Gender Champions is a leadership network that brings together female and male decision-makers determined to break down gender barriers and make gender equality a working reality in their spheres of influence. Since its launch at the Palais des Nations in Geneva in July 2015, the initiative has gained 205 champions around the world. About 600 commitments have been made by the champions, related to good governance, leadership & accountability, selection & recruitment, work-life balance, organizational service, meetings, conferences & delegations, and programmatic & field work.

More and more leaders, such as the Secretary-General of the United Nations, António Guterres, and ISO Secretary-General Sergio Mujica, are joining the initiative. I hope and strongly believe that the network of champions will keep growing in the future. By making concrete and achievable commitments at their level, such as a panel parity pledge, these champions, ambassadors, heads of agencies and civil society actors will have a huge impact on SDG 5 (Gender Equality), which is fundamental for the overall implementation of the goals.

For organizations like ISO, promoting women’s effective participation in the technical work, bringing in their unique perspective and making work-life balance a reality, will help achieve gender equality as well as other goals, by making deliverables more gender-responsive.

Any key thoughts/aspirations when you fast-forward to 2030?

There are two concepts I feel strongly about. The first is “mindset shifting”. Agenda 2030 is about thinking and approaching things differently. Working in silos is not efficient and we need to create incentives for people to step out of their sector comfort zone. To make the change, we must lead by example at all working levels. The second concept is “transformation”. The SDGs are truly transformational because they are indivisible and universal. There is no doubt that Agenda 2030 is a historic opportunity to show how the world unites in sharing both its challenges and solutions for sustainable development. 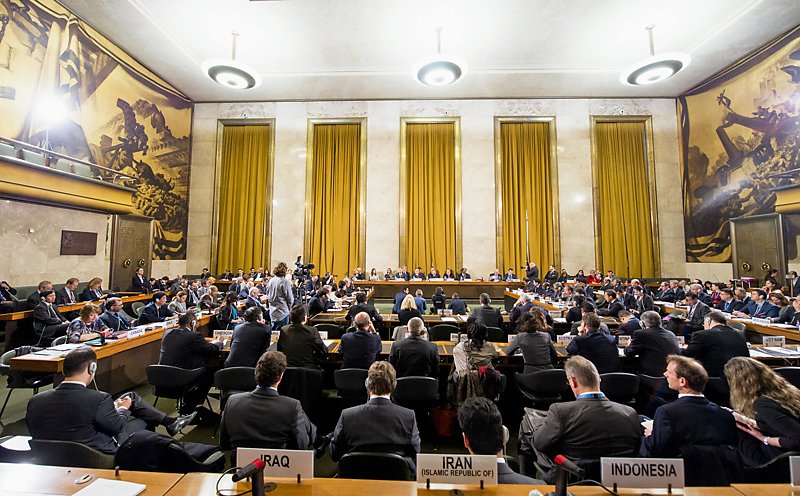 Our vision for a better world

From thematic areas like climate change and smart cities, the issue highlights how International Standards respond to global needs and help benchmark our progress against the SDGs.