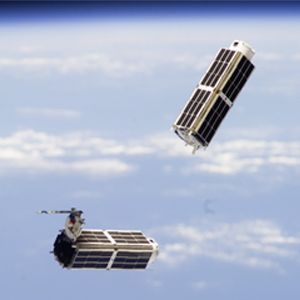 Space is all the rage, so it seems. The number of small spacecraft – including satellites – being manufactured has rocketed in recent years, and future forecasts are equally explosive. The first-ever internationally agreed requirements have just been published, enabling the industry to cruise even higher.

The small satellites industry is taking off. According to a recent report by SpaceWorks1), an aerospace company focused on delivering cutting-edge flight and space technologies, 2017 showed a 205 % increase in small satellite launches compared to 2016, with a record number still awaiting launch. What’s more, forecasts for future spacecraft production, often by new entrants to the industry, look equally celestial.

Paul Gill, Chair of the ISO technical subcommittee that developed the document, said that up to 2 600 small spacecraft are estimated to launch over the next five years, many of them made by new operators.

“ISO/TS 20991 will be of great benefit to small spacecraft developers, as well as launch operators, by providing the minimum requirements to ensure their safety and debris mitigation,” he explained.

“It covers everything from the design, launch, deployment, operation and disposal, which will also give newcomers to the industry a means to access space, typically the domain of large companies and governments.”

ISO/TS 20991 was developed by ISO technical committee ISO/TC 20, Aircraft and space vehicles, subcommittee SC 14, Space systems and operations, whose secretariat is held by ANSI, ISO’s member for the USA. It is available for purchase from your national ISO member or through the ISO Store.