The troubling talk of toilets 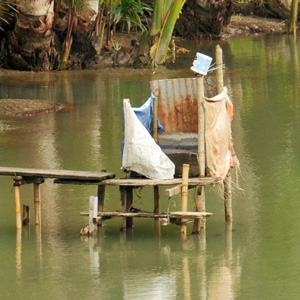 When we think about the most dire threats to our planet, poor sanitation rarely tops the list. Yet it’s a significant (and in some cases immediate) contributor to sickness and pollution in both rural and urban areas. So how can ISO help deliver sustainable sanitation to the 2.3 billion people who lack access to basic services?

Going to the toilet is something we tend to take for granted. And yet for approximately 2.3 billion people around the world who lack any sanitation whatsoever, the only option is “open defecation”. More than two hundred million tonnes of human waste go untreated every year. In the developing world, 90 % of sewage is discharged directly into lakes, rivers and oceans. All this untreated sewage is estimated to cause more than 500 000 diarrhoeal deaths each year.

The United Nations (UN) has called on countries to “radically” increase investments in water and sanitation infrastructure, not only to protect their populations from deadly diseases but also to ensure that they are able to achieve the Sustainable Development Goals (SDGs). Goal 6 of the SDGs aims to “ensure availability and sustainable management of water and sanitation for all”. It is a comprehensive goal that addresses the entire water cycle, from access to use and efficiency, to the integrated management of water resources and water-related ecosystems.

ISOfocus asked industry experts for their perspective on these issues and what needs to be done to tackle the toilet problem and ensure that going to the toilet is safe and sanitary – with help from the future ISO 30500. 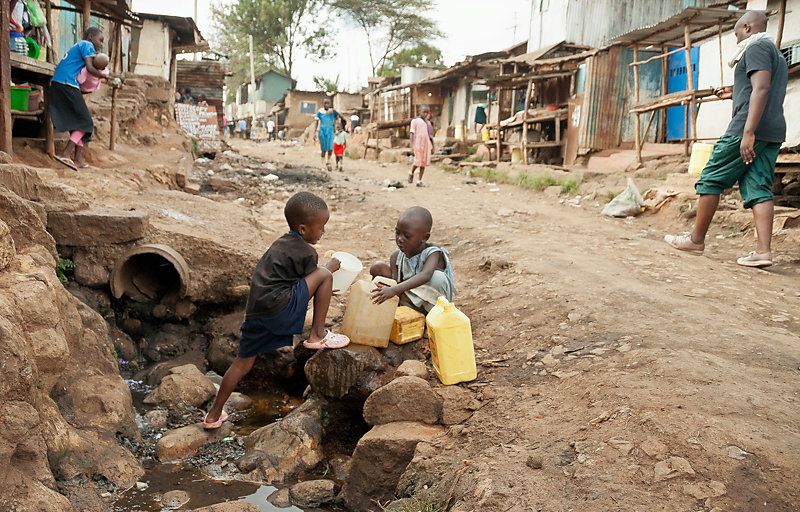 Eawag is the Swiss Federal Institute of Aquatic Science and Technology and serves as a bridge between the scientific world and the “real world”. Eawag is concerned with concepts and technologies for dealing sustainably with water bodies and with water as a resource. In collaboration with universities, other research institutions, public bodies, industry and non-governmental organizations, Eawag works to harmonize ecological, economic and social interests in respect of water usage. The aim, says Eawag’s Kai Udert, “is to support the development of facilities that can treat the excreta directly on site without the need for a centralized treatment facility”.

He asserts that the choice of sanitation options is still very limited and the high costs of large sewer-based sanitation systems are often prohibitive for a fast implementation. With the current centralized waterborne sanitation systems, “we will not be able to provide public health and environmental protection at many locations in the world, especially in the fast-growing megacities”.

With countries coming under increasing pressure to maintain sanitation systems, it is encouraging to note that new “toilet systems” could help to solve the hygiene problems in a large part of the world and the global problem of nutrient management, Udert says. Furthermore, he adds, new technologies could change the entire sanitation landscape. “The whole sanitation business would become much more flexible and cities would be able to react much faster to new challenges, such as large changes in the population, water scarcity, etc. The new systems would not require any or much flushing water, which would help save water.”

One challenge is the market, says Prof. Chris Buckley from the University of KwaZulu-Natal in South Africa, Pollution Research Group – a market “full of similar seeming products, especially in new, novel or revolutionary items (such as non-sewered sanitation systems)”. Prof. Buckley recognizes that this can cause confusion in the mind of the purchaser and “lead to situations such as analysis paralysis, such that no decision is made”. He acknowledges that in the case of items which can have public health implications, very few bodies in the countries most needing the technology are sufficiently resourced to make value judgements. “So there is no technological advance.” 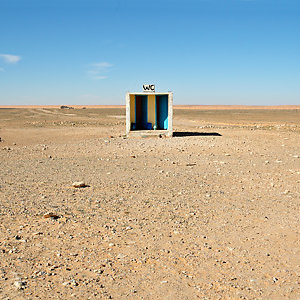 According to Prof. Buckley, the lack of an International Standard precludes companies from major investments in new and revolutionary products. A number of reasons are responsible for this, including “protecting their product from cheap substandard imitations, the lack of a sufficiently large market to justify investment, and enabling regulatory bodies to set product performance requirements without favouring any specific product or manufacturer,” he says.

The Toilet Board Coalition (TBC), based in Geneva, Switzerland, is catalysing on the new vision of “the sanitation economy” – a new business-led approach that creates an ecosystem of business activity around sanitation. This includes providing toilets, digi­tizing sanitation as part of smart cities, and creating a circular economy where human waste becomes valued “toilet resources”.

Alexandra Knezovich and Cheryl Hicks from TBC believe sanitation is proving to be one of the most elusive SDGs, with developing countries still lagging behind. “Huge efforts have hardly reduced the 2.3 billion people without sanitation.” But there’s good news, they say. “The sanitation economy is a new model, which can more readily be scaled up, so the standards enabling this, enable a renewed momentum.”

However, the sanitation economy has its share of challenges. According to Knezovich and Hicks, the sanitation economy doesn’t fit in with our preconceived ideas of traditional sewered sanitation. “There are understandable concerns about an alternative system creating infection, odour and pollution,” they explain. “To overcome this, we must achieve consistently high and verifiable standards of design and operation for these new technologies.”

For the past few years, ISO has worked with partners to develop new sanitation technologies. One of the most promising is a “reinvented toilet” that essentially functions as its own treatment plant. The concept is part of a broader initiative called the “Reinvent the Toilet Challenge” launched by the Bill & Melinda Gates Foundation that aims to deliver sustainable sanitation to the 2.3 billion people who lack access.

Unlike traditional sewer systems, the reinvented toilet (or non-sewered sanitation system) helps remove pathogens and does not require traditional infrastructure such as sewers, water connection or electricity. The reinvented toilet would harvest energy from actual human waste to kill germs in the water itself. The result is sterile water that’s safe enough to wash with, as well as human waste that can be repurposed for healthy, odourless fertilizer. 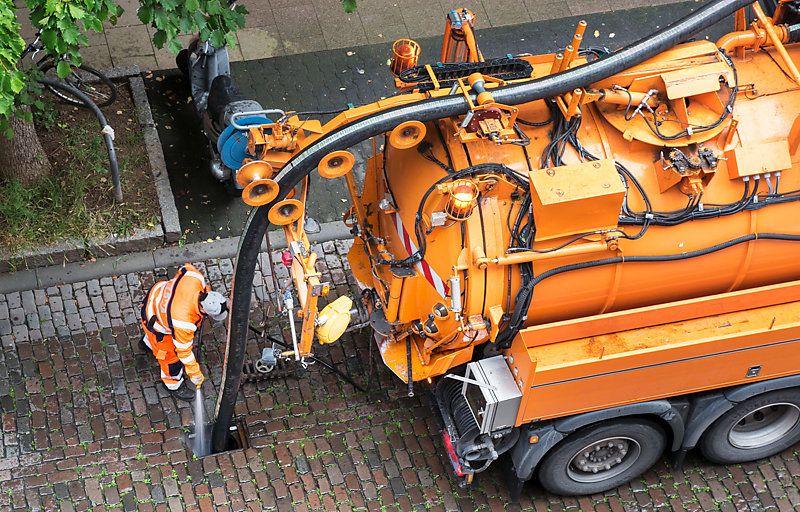 An active group that supports this effort is ISO project committee ISO/PC 305 on non-sewered sanitation. ISO/PC 305 is currently at work developing an International Standard for non-sewered sanitation systems, sometimes known as “reinvented toilet technology”. It is expected to help reverse the global sanitation crisis by removing pathogens without requiring traditional infrastructure, providing for cleaner and safer toilets on a global level.

In an effort toward that goal, an International Workshop Agreement – IWA 24, Non-sewered sanitation systems – General safety and performance requirements for design and testing – was published in September 2016, serving as the basis for the development of the new International Standard. Interestingly enough, both IWA 24 and the future ISO 30500 have received overwhelming support from the Bill & Melinda Gates Foundation (see our article on p. 28).

The future ISO 30500 will apply to individual and small-scale sanitation systems that serve to safely process human waste and recover valuable resources such as water, energy and/or nutrients in an off-grid and non-sewered environment. The standard will be applicable to individual and community sanitation systems that are self-contained, meet defined discharge requirements and aim for sustainability.

The future ISO 30500 that will focus on different aspects of sanitation is clearly an effective tool in tackling a very complex subject. Rémy François, Research and Technologies Director at BFG Environmental Technologies, a start-up in the field of environmental technologies, has been involved with the development of IWA 24 and has contributed as an expert and national delegation leader to the development of ISO 30500. For him, it all comes down to giving access to a basic sanitation service. “Still today, too many children, women and men are facing risks for their health and well-being due to the lack of sanitation solutions, basic water and hygiene,” he says. 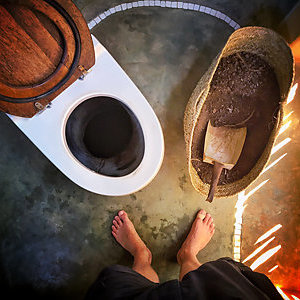 François believes the committee’s work is unlike any other, where urgency and collaboration among the various stakeholders are needed most. He says that water quality experts, sanitation experts, developing country representatives, manufacturers and national test laboratories developing the standard had one goal in mind: to describe precisely what shall be done in order to eradicate diseases linked to the lack of sanitation. “I was surprised by the incredible flexibility of these actors to find quickly the best compromise in order that the impacted populations can finally have access to sanitation systems.”

The future standard brings the conceptual toilet to reality through the standardization of its design, installation and use. For example, a poverty-stricken community might not have access to reliable running water, so installing toilets that operate “off the grid” can be a key factor in establishing their ability to function. And these fixtures cost less than five cents per user, providing an opportunity for developing countries to utilize safer, cleaner, cost-efficient toilet alternatives.

So will the future be any better for the billions of people lacking basic sanitation? Organizations across the world are making serious efforts to improve and provide acceptable toilet solutions globally, and there is a bigger push to achieve SDG 6 than ever before. All of these, plus the “Reinvent the Toilet Challenge” initiated by the Bill & Melinda Gates Foundation and the future ISO 30500, will create the conditions to make this possible.

Bringing toilets to the people still lacking access to safe and affordable sanitation is going to be a huge challenge. However, François believes the future ISO 30500 will be the game changer that will help make it happen.

“ISO 30500 will be the reference document for the future exchanges between users, prescribers, manufacturers and laboratories to guarantee that the proposed solutions address this urgent world health problematic,” he says. “It will permit the creation of a new market with a lot of innovative non-sewered sanitation systems and will reduce drastically the diseases linked with lack of sanitation. ISO 30500 is the first step for the development of a local circular economy with the transformation of human wastes into valuable resources.” 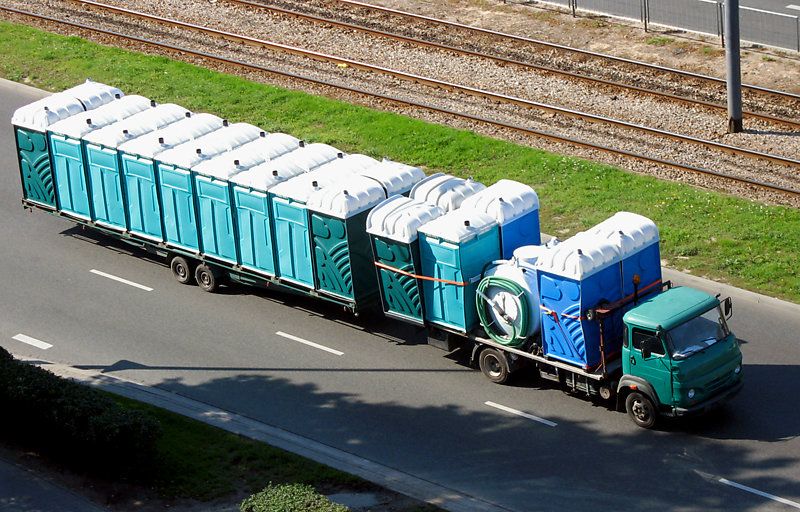