Unearthing the potential of autonomous mining with ISO 17757 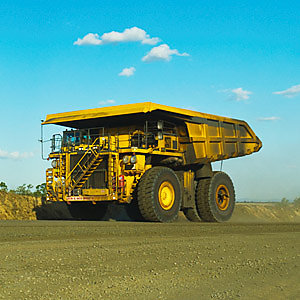 Every year, well over a million people are killed in road traffic accidents. In almost all cases, these deaths occur due to crashes where human error was a significant factor. And while technology has improved the safety of vehicles themselves, the sheer number of people on the roads today means that conventional approaches are being re-examined. How can autonomous vehicle technology help remove human mistakes from the equation?

The benefits of autonomous vehicle technology potentially reach far beyond public roads, to mine sites for example. These are places that few have ever seen, but all of us rely on. To find out more, I spoke to Dan Roley, the past Chair for the ISO technical committee on earth-moving machinery (ISO/TC 127). Benefitting from his many years of experience in both mining machinery and standardization work, I asked him about the specific challenges mine operators face when it comes to safety. “Mines tend to be in remote areas with difficult environments, so operating machines is challenging,” he explained. “With the general mining goal of zero injuries, safety is a number one concern for mine operators.” Long distances from hospitals and working in shafts that are deep underground can exacerbate the severity of accidents, so, as always, the best approach to safety is avoidance, and that’s where the recently published ISO 17757, Earth-moving machinery and mining — Autonomous and semi-autonomous machine system safety, comes in.

It is applicable to autonomous and semi-autonomous versions of the earth-moving machinery (EMM) defined in ISO 6165 and of mobile mining machines used in either surface or underground applications. Its principles and many of its provisions can be applied to other types of autonomous or semi‑autonomous machines used on the worksites.

Safety requirements for general mobile EMM and mining machines, as well as operators, trainers or passengers on the machine, are given by other International Standards (e.g. ISO 20474 and the future ISO 19296). ISO 17757 addresses additional hazards specific and relevant to ASAMS when used as intended.

While most of us will never visit a mine, we can only try to imagine the scale. Think of the biggest building project you’ve ever seen – airport, highway or skyscraper – and multiply it up, by a lot. The sheer size of everything is astounding and that means that the consequences of accidents could be supersized. A loaded dumper truck weighs as much as three hundred cars. It’s also two storeys high and costs over one million dollars. To get maximum value out of these amazing machines, they usually operate round the clock. That means a team of drivers who take shifts, but even so it’s demanding, tiring work in changeable conditions – the possibilities for human error are high.

Even when error doesn’t end in accident, operator ability can have a major impact on machine longevity and productivity. With wear parts such as tyres and brakes costing many times more than their regular roadgoing counterparts, and potentially lower use of fuel and oil, there is an economic argument for autonomy to be made alongside the case for safety. In helping to protect the machine from different styles and abilities of operator, in using detailed feedback from sensors in place of gut feeling, maintenance can be scheduled more predictably with less frequent replacement of parts. When these time and parts savings are combined with those of running round the clock with minimal intervention, the advantages of the autonomous mine are clear.

In many cases, the technology is used to adapt existing vehicles, although some models are planned and built as autonomous versions. In fact, mines in both Australia and Chile have been using degrees of automation for more than a decade. And although it is the big-ticket items performing repetitive work, such as dumper trucks, that are first in line for automation, it’s likely that the technology will filter down to cover other machines, as Dan Roley points out. “What we’ll probably see in the future is the technology being more widely used for equipment such as dozers and loaders. It has the potential for us to change the way we think, as earth-moving and mining machines become safer and more efficient.”

ISO 17757 plays a major part in advancing that goal. By setting a common foundation for all manufacturers to follow, the risk of going-it-alone is ditched in favour of a shared solution. The market for heavy equipment benefits from highly specialized manufacturers. But mines are serviced by machinery from drill to smaller construction-sized machines that are manufactured by a dozen different companies. “To realize the advantages of an integrated, autonomous system, all of these products, designed and produced in different countries, have to be able to work together safely,” explains Roley.

In an environment where margins can be thin and safety is paramount, the mining industry has been quick to catch on to the benefits of automation. So while it may yet be years before public confidence and technology have sufficiently progressed to make autonomous vehicles a regular sight on our roads, the mining industry is already unearthing new benefits, thanks to nuggets like ISO 17757.