The rise of being “social” 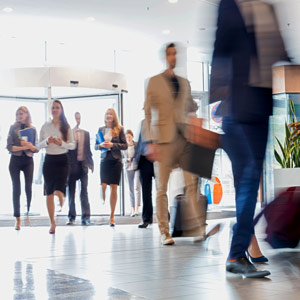 The social responsibility movement started with debates about corporations having a responsibility to society – it is now recognized that people, planet and profit are mutually inclusive. Since these early discussions, the concept has seen many transformative moments, including the launch of ISO 26000, a standard which has gained traction and credibility in less than a decade.

“I thought I was the only one struggling to reconcile my career with the demands of family, but after this session, hearing from managers and other colleagues, I can see how it is possible to enjoy both raising children and my job!” Fujii is just one of a number of Japanese women working at global electronics company NEC Corporation, who attended an event supporting female career opportunities in a country where women’s active involvement in the workplace is sorely lacking.

To achieve its goal, NEC Corporation turned to ISO 26000, the world’s first voluntary standard on social responsibility, which has helped thousands of organizations operate in an environmentally, socially and economically responsible way. Since its publication seven years ago, ISO 26000 has been adopted as a national standard in over 80 countries (and counting!) and its text is available in some 22 languages. It is also referenced in more than 3 000 academic papers, 50 books and numerous doctorates, and is used by organizations of all shapes and sizes including Petrobras, Air France, British Telecom, NEC, NovoNordisk and Marks & Spencer, to name a few.

The emergence of “social”

In the early years of ISO’s founding in 1947, manufacturers were the main users of ISO standards. Nuts and bolts, that’s what we did! But in the 1970s, the organization began paying attention to consumer needs, chiefly because consumers were making their voices heard and demanding that their requirements be taken into account. Heeding the call, ISO created the ISO Committee on consumer policy (COPOLCO) in 1978 to encourage and facilitate the involvement of consumers in the standardization process.

From that moment on, the consumer experience became a key driver in standardization, and although COPOLCO’s early priorities were still largely based on consumer products like bicycles and dishwashers, by the 1990s the focus had expanded to more socially oriented issues, such as services, accessibility and safety. It was then that standards and guidelines on aspects like ageing societies began to emerge, with documents such as the ISO/IEC policy statement “Addressing the needs of the elderly and persons with disabilities in standardization work”, published in 2001.

“COPOLCO always has its ear to the ground to channel what consumers want and need into standards work,” says Dana Kissinger-Matray, Secretary of COPOLCO. “ISO’s evolution towards more ‘social’ oriented stand­ards, taking into account society’s broader expectations, extends beyond specifications for products or components and coincides with consumers’ growing influence on market requirements.”

Unsurprisingly, it was COPOLCO that, in 2002, recommended the development of a standard on social responsibility, before the matter was eventually taken up by the ISO Technical Management Board (TMB). The mandate stated in the original New Work Item Proposal was clear: “The standard should assist organizations in addressing their social responsibilities while respecting cultural, societal, environmental and legal differences and economic development conditions.”

“At the time, corporate social responsibility (CSR) was the new buzz word,” recalls Staffan Söderberg, Vice Chair of the working group on social responsibility that developed ISO 26000. The movement grew rapidly, particularly in the US, where various tax breaks and incentives compensated companies that met with certain sustainability or environmental criteria.

A model of cooperation

In 2005, the ISO working group got down to business under the twinned leader­ship of ISO’s members for Brazil (ABNT) and Sweden (SIS). It was a marathon effort, and one that is still known as the largest stakeholder consultation on social responsibility ever held. It took five years and eight international meetings in the far corners of the globe, from Australia to Chile to Thailand, to handle the 25 000+ written comments received from the 450 experts representing 99 countries and 40 international organizations. Other stakeholders included representatives of the Global Reporting Initiative, Consumers International and the United Nations Global Compact.

The making of ISO 26000 is one of ISO’s most impressive examples of consensus building to date, with experts giving willingly of their time and energy to negotiate, consider, discuss and develop the standard that is so widely used today. All decisions were made by general consent and the focus was placed on balanced participation of developed/developing countries through twinning arrangements, stakeholder categories, language and gender.

A representative from the European Commission was present at every meeting, taking notes, recalls Söderberg. Then in 2011, a year after ISO 26000 was published, the European Commission launched its new CSR Communication, which states that CSR is “the responsibility of all enterprises for their impacts on society” – very similar to the definition given in ISO 26000 – and refers to it as one of the sets of guidelines and principles upon which its strategy was built.

Seven years on, ISO 26000 has helped thousands of organizations improve their social responsibility strategy, including those which, like NEC, had previously established policies in place. Hitoshi Suzuki, formerly general manager for CSR at NEC and now President of NEC’s Think Tank IISE that conducts research on sustainability issues, claims that, when it came to managing the supply chain and engaging with stakeholders, ISO 26000 took the company a lot further.

“We got to know our suppliers better, to see how they work and could thus identify areas for improvement, particularly around working conditions and occupational health and safety management,” says Suzuki. “We then recommended corrective measures and worked together to see how these could be implemented.”

Marks & Spencer (M&S) proved another great pioneer of sustainability with the launch of its “Plan A” in 2007 to help protect the planet by sourcing responsibly, reducing waste and helping communities. But it couldn’t achieve these goals without the support of its suppliers. So in 2013, the company turned to ISO 26000 for guidance on how to promote respect and fair practices throughout its supply chain.

M&S works with suppliers in 70 countries employing around two million workers across 20 000 factories and 20 000 farms, so this was no small feat. Yet the initiative had a tremendous impact, particularly in the company’s retail arm where some of its biggest clothing manufacturers in India, Sri Lanka and Bangladesh were invited to integrate ISO 26000’s principles of social and environmental sustainability into their business strategy.

But ISO 26000 is by no means limited to large global private companies and is used by organizations of all sizes worldwide. Examples abound like the Association of Upper Egypt for Education and Development (AUEED), an NGO working to empower local communities that turned its environmental and social policies around thanks to the standard.

On 25 September 2015, the United Nations General Assembly adopted the 17 Sustainable Development Goals (SDGs) of the 2030 Agenda for Sustainable Development, a set of aspirational goals to end poverty, protect the planet and ensure prosperity for all. These aspirations are echoed in ISO 26000 whose principles of social responsibility contribute directly to these goals.

The ISO standard is developed around clauses and core subjects that set out how organizations should approach social, economic and environmental issues. These help organizations understand, analyse and address issues of social responsibility, defining priorities for action and integrating responsible behaviour through the organization and its relationships.

In its seven years of existence, ISO 26000 has proved it is a force to be reckoned with and has become the inspiration behind a number of other standards. These include ISO 37001 on anti-bribery management systems designed to instil a culture of honesty, transparence and integrity in organizations, or the recently published ISO 20400 whose sustainable procurement guidelines are fully based on ISO 26000. New projects are also in the works, including an International Workshop Agreement (IWA 26) aimed at helping organizations integrate the social responsibility principles of ISO 26000 with other ISO management systems standards.

In less than a decade, observes Staffan Söderberg, “ISO 26000 has given rise to more integrated thinking behind such documents as ISO Guide 82, a guide to help standards writers address sustainability issues in standards. It has not only helped make the world more sustainable and socially responsible, it has really taken standardization a step forward in that arena, too.” For Fujii, juggling work and family life, and big international corporates juggling supply chains and their impact on the environment, this can only be a good thing.

What is social responsibility?

Social responsibility is the responsibility of organizations for their impact on society and the environment, as evidenced through transparent and ethical behaviour that:

From the birth of the first ISO standard to our emblematic management systems standards, we look back at ISO’s 70-year journey and some of the formative events that shaped its history.
Clare Naden
Elizabeth Gasiorowski-Denis
Editor-in-Chief of ISOfocus