A step towards financial inclusion for all with new ISO standards 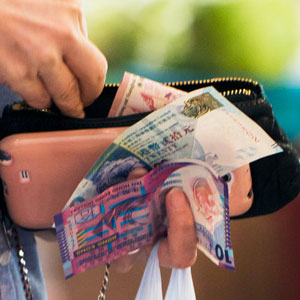 Mobile banking not only makes our life easier, it gives access to banking services to those that have none. A new series of standards just published will provide the platform for this technology to expand and grow, bringing robust and secure banking services to more people than ever before.

According to the World Bank, around two billion people worldwide are “unbanked”, meaning they have no access to a bank account. Cash is king and that can bring with it its own problems. However, more and more people, particularly in developing countries, have a mobile device, whose functionality in the financial world is growing daily, offering more and more services and transactions.

The ability of mobile devices to execute transactions between the large number of platforms and financial institutions is due to a robust interface and effective operability. A new series comprising International Standards and technical specifications has just been published. ISO 12812, Core banking – Mobile financial services, defines common terms and requirements for greater interoperability. It specifies the technical components and their interfaces and the role of the various parties so that everyone is on the same page.

Patrice Hertzog, Chair of ISO/TC 68/SC 7, the ISO technical subcommittee that developed the series, said that with more people having mobile phones than bank accounts in the world, developing this technology will bring secure financial services to a wider audience.

“Financial access has many benefits, allowing people and businesses to plan their lives and also invest in things like education and health, and access insurance. The World Bank has a goal of universal financial access by 2020, and these standards will help contribute to that.

“In addition, through supporting the development and implementation of technology in this area, the standards will provide a catalyst for refining and improving the experience of the end user by complementing other standards in the sector such as ISO 20022 for financial messaging,” he said.

The series was developed by working group WG 10 of ISO/TC 68/SC 7, whose secretariat is held by AFNOR, ISO’s member for France. WG 10 included experts from a wide range of countries and sectors, including liaison organizations from industry, such as the European Payments Council and Swift, and consumer representatives like Consumers International.

The ISO 12812 series can be purchased from your national ISO member or through the ISO Store.