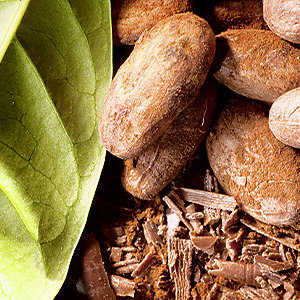 As the demand for cocoa and chocolate rises, as seen over the last few years, so has the need to address many of the challenges faced by cocoa farmers in order to improve their livelihoods and that of their families. A new series of standards under development that aims to support cocoa farmers to produce sustainably has just reached a crucial stage in its development.

There are around 14 million cocoa farmers and rural workers around the world, largely serving the demands of consumers in developed countries. All of those farmers are living in countries around the equator, typically on smallholder farms. Cocoa production is labour-intensive yet often produces low yields, making it challenging for farmers to be economically viable.

There are a number of initiatives to assist farmers to be sustainable, with much of the cocoa sector agreeing to increase its use of sustainable cocoa over the coming years. This has created the need for harmonized initiatives, uniform procedures and consensus on what sustainability in this sector really means, to improve common understanding and to create a level playing field.

The ISO 34101 series of standards, Sustainable and traceable cocoa beans, will specify requirements for a management system for the farming of cocoa beans, making production more sustainable. It features a dynamic farm development plan, using a stepwise approach. Parts one, two and three of the series have just reached Draft International Standard (DIS) stage, or public enquiry stage, meaning anyone interested can submit feedback on the drafts which will be considered before final publication in 2017.

The series is designed to be used by all those involved in the cocoa supply chain from the farmers to the purchasers of cocoa, to other organizations involved in the sector; and aims to implement good agricultural practices, protect the environment, and improve the social conditions and livelihoods of farmers. All this can make cocoa farming more attractive to young people, which is important as the average age of farmers has risen rapidly in the main cocoa-producing regions over the last few decades.

This series of standards is being developed by the European Committee for Standardization (CEN) under CEN/TC 415, Sustainable and Traceable Cocoa, whose secretariat is held by DS, ISO’s member for Denmark, along with ISO technical committee ISO/TC 34/SC 18, Cocoa, which is jointly managed by ISO members for Côte d’Ivoire (CODINORM), Ghana (GSA) and the Netherlands (NEN).

Jack Steijn, Chair of both committees, said the new series will help to support the professionalism of cocoa farming around the world.

“The use of this series of standards will have a very valuable impact on the livelihoods of cocoa farmers and their families, because it will help them transform their farms into economically viable businesses.”

The Vice-Chair of ISO/TC 34/SC 18, Edouard Kouassi N’Guessan, emphasized: “Cocoa producers and cocoa consumers should reach a common definition for sustainable cocoa beans to facilitate the efforts of farmers to meet the expectations.”

A wide range of organizations and governments, in particular the Danish Ministry of Foreign Affairs, supported the process and facilitated active participation of cocoa-producing countries in the elaboration of the drafts in order to assist them to adopt new management principles and to enhance an easier access to the international market.

Those wishing to purchase or comment on the draft versions can do so by contacting their national ISO member. The final versions are due to be published at the end of 2017.