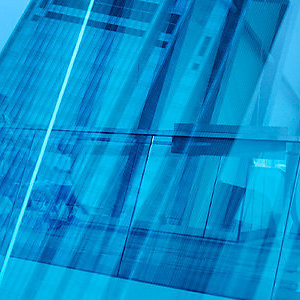 Management system standard ISO 9001 has reached the final stage of the revision process. ISO member countries have 2 months to form a national position and vote on the latest draft of the standard before the 9 September deadline.

A vote on an earlier draft (Draft International Standard – or DIS) of the revised ISO 9001 was approved in November 2014 by around 90% of members, but the committee also received over 3 000 comments with suggestions on possible improvements.

Since then, the committee has met twice, in Ireland and Lithuania, and carried out extensive online discussions to analyze and decide on every comment received during the vote. Now that a final draft (FDIS) has been completed and translated, ISO members will proceed with a national consultation before submitting their final vote.

We asked Nigel Croft, Chair of the ISO subcommittee revising the standard (ISO/TC 176/SC 2), whether there were any major changes in the latest draft.

“Compared to the DIS, changes are relatively minor. The most extensive ones have been to the Introduction and figures, which have been greatly simplified, with some of the explanatory text being moved to an informative Annex. The terms and definitions have now been removed from the standard and added to ISO 9000.

“Other than a general ‘tidying-up’ of the overall text, and greater consistency in the use of specific terms, there have been a number of small technical changes. For example, top management must now promote the use of risk-based thinking in addition to a process approach. We have also added explanations about the process environment applied to service organizations, and greater requirements for production and service activities to prevent human error.”

Although changes at this stage of the process have not been significant, we asked Nigel whether he thought the new ISO 9001 will differ greatly from previous versions.

“Definitely! This is the result of an evolutionary process, bringing ISO 9001 firmly into the 21st century. The first versions of ISO 9001 (in 1987 and 1994) were quite prescriptive with many specific requirements for documented procedures and records; in 2000 we introduced the process approach, which focused on managing processes, and required less documentation. This was maintained in the 2008 revision.

“We have now gone a step further, and ISO 9001:2015 is even less prescriptive than its predecessor, but with an underlying philosophy that ‘output matters’. For example, are processes achieving their planned results? Is the system delivering on its promise to provide confidence in an organization’s ability to offer conforming products and services? In other words, ISO 9001:2015 is very much performance-based, with a focus on what has to be achieved rather than how to achieve it. We have achieved this by combining the process approach with risk-based thinking, and employing the Plan-Do-Check-Act cycle at all levels in the organization, while taking into consideration the context in which the organization operates.”

Finally, we asked Nigel if he had any advice for users of ISO 9001.

“Quite simply, read and digest the final draft of the standard as soon as it is published; consult the various guidance documents that are available on ISO’s and the subcommittee’s websites. Think of this new version as an opportunity to improve your Quality Management System, rather than as a new set of requirements that have to be met.”

To obtain a copy of the ISO 9001 FDIS contact your national member body.

ISO 9001 is one of ISO’s most well-known standards, with more than 1.1 million certificates worldwide. It provides requirements to help companies demonstrate that they can offer their customers consistent, good quality products and services. It also provides a framework to help them streamline their processes and become more efficient at what they do. ISO 9001 can be used by organizations of all types and sizes. The standard has inspired a series of documents for sector-specific applications including for the automotive sector, the medical sector, local governments and more.

ISO 9001 is undergoing the periodic revision standards generally go through every 3 to 5 years to ensure they are relevant and up-to-date. The new edition is expected in September 2015.