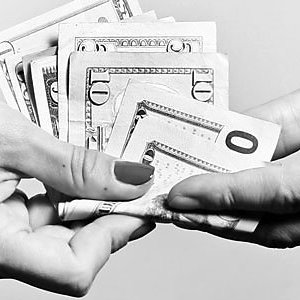 Bribery is a significant business risk in many countries and sectors. It can be as petty as paying off a police officer for a speeding ticket or as profound as paying to win a major contract. Systemic bribery lowers economic growth and discourages investment. It goes hand in hand with poverty and social inequality. And, most importantly, it is very difficult to eradicate.

Bribery takes place under the table, and many people are reluctant to talk openly about what they are doing, with whom and how often, but in much of the world, corruption is commonplace. There are many locations where it is part of normal practice to bribe another, particularly people in a position of power or authority. We’ve all heard of the expression “everyone has their price”. While some bribes may be offered voluntarily, in many cases businesses have felt compelled to bribe due to corrupt pressures put on them by government officials. If they do not bribe, they will not receive the contract or permit. The playing field is therefore in many locations not level for ethical business.

In the big leagues

Earlier this year, a computing multinational was sentenced to pay US regulators USD 108 million to settle a corruption scandal involving employees at subsidiaries in three countries, who were charged with bribing government officials to win and retain lucrative public contracts. The corruption was uncovered in relation to contracts worth USD 40 million to install IT equipment in national police headquarters, government legal systems, and in state-owned petroleum companies.

This case is the latest in a string of high-profile cases that are changing attitudes about corruption. But much work remains. Alain Casanovas, partner at KPMG Spain, one of the biggest global audit, tax and advisory firms, is uncertain about the impact of these cases. After all, he said, governments and the business community are still fighting to eradicate the blemish of bribery, and additional efforts are needed to reduce it progressively.

This legal affair, however, raises broader questions about how multinational companies conduct business in foreign countries. Is this sort of bribery more typical of multinational behaviour than many would like to admit? Is the practice of bribing ever inconsequential? And apart from several international conventions and national anti-bribery legislation, what are some of the other possible solutions to combating bribery?

There is a fairly universal view that bribery is an immoral practice, yet as the World Bank estimates, more than USD 1 trillion (or 3 % of the world GDP) is paid annually in bribes. In many cases, it is tolerated as a necessary part of “getting business done” or “circumventing bureaucratic red tape”.

What’s more, it’s easy to see how giving in to bribery might be competitively advantageous. In fact, research by the Harvard Business School found that firms that launch anti-corruption efforts grow their businesses more slowly than firms that don’t, especially where bribery is the expected norm.

One thing that didn’t seem to matter: the size of the bribe. Thirty-five percent of the bribes reported in Harvard’s survey fell under USD 100 000, and they had just as much of an effect on competitiveness factors as the 16 % involving more than USD 500 000.

Despite a growing number of prosecutions of companies and individuals, bribery of public officials remains an all too common practice in many countries around the world, according to the most recent annual report by Transparency International (TI). The organization’s Corruption Perceptions Index 2013 highlights that many governments in Asia, Latin America and the Middle East still fail to protect their citizens from the abuse of public resources, bribery and secretive decision making. The ten countries where bribery and other forms of corruption were most frequent include Somalia, North Korea, and Afghanistan.

Covering up the evidence is not a viable option for fixing the problem and maintaining the public’s trust when economic costs are involved. According to a TI study, 27 % of the 3 000 business people who were surveyed reported that they had lost business due to bribery by their competitors. What’s more, damage caused by bribery to countries, organizations and individuals:

Have these business risks led to effective action to prevent bribery? The answer is: yes. Have they gone far enough? Probably not as far as they could or should.

Transparency International, an international non-profit based in Berlin, Germany, with more than 100 chapters around the world, has been working with companies and business associations to promote more robust anti-corruption behaviour. Susan Côté-Freeman from TI’s Business Integrity Programme explains: “Through our Business Principles for Countering Bribery and other tools, we try to set the standard for the development and implementation of anti-corruption programmes.

“We advocate for greater transparency in the corporate sector by producing a transparency ranking of the world’s largest global companies which assesses their performance in public reporting on three dimensions (anti-corruption programmes, organizational transparency and country-by-country reporting). This will enable citizens, investors, employees and other stakeholders to hold companies accountable for their activities.”

On the legal spectrum, several international conventions have been passed which require signatory countries to criminalize bribery and take effective steps to prevent and deal with it. Of particular international significance are the United Nations Convention against Corruption, and the Organization for Economic Co-operation and Development (OECD) Convention on the Bribery of Foreign Public Officials in International Business Transactions.

Liability for individuals can include imprisonment, fines and dismissal from employment, while for organizations, it entails fines, debarment and termination of contracts. Prosecution agencies worldwide are now starting to investigate and prosecute companies and individuals for bribery.

Are these anti-bribery efforts making a difference to business practices? It is premature to speculate, but in many countries, businesses do look as though they are responding to the changing ethical environment by incorporating ethics as one of their core values. According to Neill Stansbury, Chair of ISO project committee ISO/PC 278 on anti-bribery management systems, it is not sufficient merely to have good laws and prosecutions, bribery is increasingly seen as a vital management issue. “Good management in government, in companies and on projects can materially reduce bribery. It should be treated in a similar manner to quality and safety management.”

Stansbury says that many companies are showing interest in the new trend. “A significant number of businesses internationally have responded to the changing legal and ethical environment by implementing anti-bribery management systems within their organizations, partly because it is the right thing to do, and partly to ensure that the organization and its employees do not fall foul of anti-bribery laws.”

It’s not sufficient for a business to implement controls only within its own organization. Ethical businesses, he adds, also need to ensure that their partners and supply chain adopt anti-bribery measures.

This is where an international anti-bribery management system standard comes into its own. It is a new subject that is now taking actual, practical shape in ISO. The future ISO 37001 standard will take account of internationally recognized good anti-bribery practice. It will apply to all organizations, regardless of their type, size and nature of business or activity, and whether in the public, private or voluntary not-for-profit sectors.

The standard will help establish that the organization has implemented reasonable and proportionate measures designed to prevent bribery. These measures include leadership from the top, training, risk assessment, due diligence, financial and commercial controls, reporting, audit and investigation. The future ISO 37001 is being developed in a similar format to other management systems standards such as ISO 9001 and ISO 14001. The hope is for the standard to be easily recognized by many companies and implemented in much the same way as the other successful management systems.

“This is a significant step in fighting bribery at a global level,” says Alain Casanovas. “Today’s current anti-bribery framework will be significantly strengthened by the first real international requirements standard for establishing a complete anti-bribery management system. Once the future ISO 37001 is in place, as a compilation of international best practice in anti-bribery, companies will be able to apply uniform measures to prevent and detect bribery, irrespective of the countries in which they operate.”

Will compliance provide assurance that no bribery has occurred? The answer is that it cannot provide absolute assurance, just as a safety management system cannot provide absolute assurance that there will not be an accident. However, as Stansbury explained, compliance with the proposed new standard will help ethical organizations ensure that they have appropriate measures in place designed to prevent bribery by, on behalf of, or against the organization.

So are we anywhere closer than we were before? Perhaps or perhaps not. Only time will decide how the future ISO standard turns out and whether companies will welcome and implement it. Yet if the development of the standard tells us anything, it is that the practice of bribery as a normal business practice is no longer acceptable.