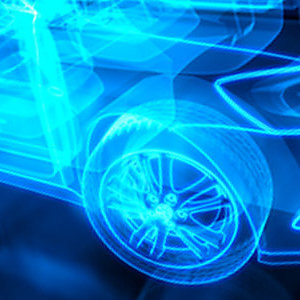 With the 2014 Paris Motor Show opening this past weekend, thousands of car enthusiasts are being blown away by what they are seeing in the realm of in-car electronics.

The idea of the connected car, however, is nothing new. From advances in cell phones to GPS receivers, the connected car uses telematics – combining computer and electronic technology – to make it operate “intelligently”.

It’s the best of both worlds – businesses are willing to spend on advanced products for better efficiency, and consumers are looking for the easiest way to integrate all their gadgets. And with a new multipart standard published by ISO, the ITS industry will be expanding its use of telematics even further in areas where the effects on industry will be immediate.

So, what does this mean for drivers? We decided to ask Bob Williams, one of the project leaders of ISO 15638, for his thoughts about the new standard and what this means for the future of telematics.

How does the ISO 15638 series support telematics?

The ISO 15638 series “Telematics Applications for Regulated commercial Vehicles (TARV)” delivers standards based on the same secure communications that are used for cooperative intelligent transport systems (C-ITS) – harmonized and compatible with such systems. And the advantage of this technology is that it can use the 2G/3G mobile phone already installed for today’s fleet management systems, it can use the 5.8 GHz technology currently used for electronic toll collection, and it can migrate to LTE/4G communications or use the new dedicated 5.9 GHz technology being developed for C-ITS.

Can you give us some examples of how this technology is being used around the world?

Throughout the world, access control and fleet management systems are already in operation or about to be introduced. These are not demands for the future, but for today, and are already being implemented.

In Australia, for example, you now see electronic diaries for drivers, monitoring of route and speed, and using dynamic equipment to measure the damage that large vehicles are having on the road pavement.

Moreover, in Europe, remote tachograph monitoring, weigh-in-motion, as well as safe and secure parking are on the rise, whereas in Japan, the US, Korea and Canada, it’s all about driver management and border controls.

Why is the development of telematics so important to the global economy?

Modern economies are increasingly dependent on rapid and efficient freight transport, with a need to address what is a critical global issue – the movement of growing freight volumes.

There is pressure to use larger vehicles and tractor and trailer combinations to move freight more efficiently and effectively. These vehicles have the ability to significantly increase economic efficiency, but all parties understand and accept that there has to be greater control.

How do ISO standards help?

Thanks to ISO standards, the commercial world can get on with the job of using modern and existing wireless communications technologies to enable more efficient use of commercial vehicles, safely and in controlled ways, that allow the world economy to function better.

What’s your prognosis for the future?

Standards committees have been beavering away for well over a decade to enable vehicles to effectively talk to each other and the infrastructure, and to develop systems for cars that cannot crash into each other – this is the C-ITS we are talking about. The implementation of many of these systems is underway, but in many cases requires significant penetration of the technology before its full benefits can be realized.