The old rules of trade are being torn up by a variety of trends: from climate action to the rise of the sharing economy. 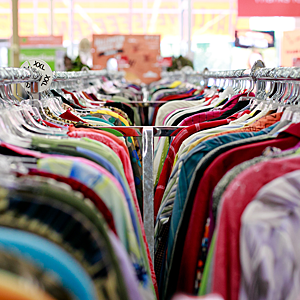 The ISO Foresight Trend Report highlights global trends across multiple industries that will shape strategic decision making for a better future. Drawing upon these insights, ISO reflects on some of the potential areas for standardization work. In a series of feature articles, we unpack some of the critical global trends with top experts in their field.

It can no longer be taken for granted that trade will grow ever more globalized. Instead, the coming years are likely to be marked by fragmentation. This will be driven by a variety of factors including changing consumer preferences, geopolitical tensions, climate action and the rise of new digital business models.

Such fragmentation obviously poses a risk to effective collaboration; not only between countries, but between businesses and between the public and private sectors, too. As we move into this brave new world, it is vital we maintain common definitions, protocols and measurements to facilitate progress towards shared goals. This is where International Standards come into play.

Trade globalization has been slowing for the past decade, partly driven by restrictive trade policies. Instead, intra-regional trade is on the ascent, with many regional trade agreements (RTAs) brokered between emerging economies with growing middle classes. The Democratic Republic of Congo, for example, is a signatory of 18 such agreements for goods and services.

As well as changes to who we trade with, there have been changes to what we trade. Services are already traded more than goods and this trend is expected to continue in the coming decades, especially with the rise of digital services such as financial management and streaming entertainment, which are contributing to massive increases in cross-border data flows.

Meanwhile, growing focus on social and environmental responsibility is impacting traditional trade habits. Companies seeking to play their part in the climate effort are looking for ways to shorten their supply chains, like harnessing technologies such as 3D printing, which allows for manufacturing near the end user.

The sharing economy is expected to see annual growth exceeding
25 % in Europe.

Technology has always shaped trade: from the telegraph to blockchain. The continued growth of e-commerce is allowing more sellers, including small to medium-sized enterprises, to connect directly with buyers in every part of the world while minimizing the role of traditional third parties.

Some of the greatest opportunities and challenges stem from the arrival of the sharing economy. Also known as the gig economy or peer-to-peer economy, it is a system in which private individuals share goods and services with each other directly, typically via the Internet. As an economic model, it has the potential to make more efficient use of resources as it bypasses traditional steps in the supply chain. There are already thousands of digital platforms, such as Uber and Airbnb, dedicated to the sharing economy, and more emerge every year.

As one of today’s fastest-growing and most disruptive economic sectors – the sharing economy is expected to see annual growth exceeding 25 % in Europe in the coming years. This growth, driven by trends like consumer demand for more sustainable consumption and interest in community building, will transform the traditional consumer journey in ways that are yet to be fully understood. However, in raising new concerns about matters like liability and working conditions, it is an area ripe for regulation and standardization.

These shifts will present fresh challenges for standards bodies. For instance, the rise of regional trade while global trade slows could lead to fragmented markets with conflicting standards between regions. Meanwhile, the continued explosion of digital services could call for new standards to address very 21st-century assets, such as consumer data and digital currencies. ISO is monitoring these trends and now hosts a committee dedicated to the sharing economy.

Standards will play an important role in ensuring that this new business model achieves its promise of being more sustainable while preventing worker exploitation. As how we trade is transformed by digital technology and other trends, it is important for standards bodies to engage with companies, policymakers and consumers to help lay a foundation for the future of trade.