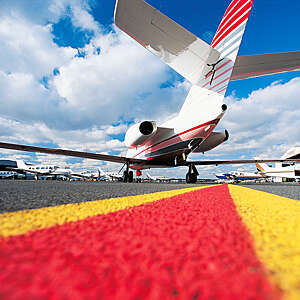 Is the dawn of the space revolution over, or are we teetering on the brink of a new chapter? Rusty Rentsch, Chair of ISO/TC 20, Aircraft and space vehicles, shares his thoughts on the aerospace spaceflight industry and its future.

Fifty-four years ago, on 12 April 1961, the age of manned space exploration began when Soviet cosmonaut Yuri Gagarin (then only 27 years old) orbited the Earth aboard the Vostok 1 spacecraft. This historical moment symbolized man’s conquering of the final frontier, ushering in a new era in space exploration and scientific discovery. To commemorate the anniversary of this momentous endeavour, the United Nations dedicates 12 April as the International Day of Human Space Flight.

Before Gagarin’s mission, events such as human space walks or the creation of orbital space stations were beyond anyone’s imagination. But during the last few decades, spaceflight missions have been bringing technological and scientific achievements that – in one way or another – are being used in society every day and everywhere.

But is the dawn of the space revolution over, or are we teetering on the brink of a new chapter? We decided to ask Rusty Rentsch, the Chair of ISO/TC 20, for his thoughts on the aerospace spaceflight industry, the future of the robotic spacecraft, groundbreaking innovations and missions, and how standards on the horizon will play a key role in the current space era.

ISOfocus: As we celebrate this month the 54th anniversary of the first international human spaceflight, it’s fair to say that this is also a celebration of the aerospace world as a great example of global cooperation, even amongst political rivals, for peaceful purposes. How do you view some of the success in aerospace innovation as a global collaborative effort?

Rusty Rentsch: Like many people, I am in awe when watching an airplane fly, seeing a rocket launch, hearing a jet engine reach its maximum thrust, or watching a human being walk in space. It is amazing that over the many millennia of mankind’s existence, it has been a mere 110 years since we proved we could overcome gravity with powered flight, and only 54 years since reaching beyond Earth’s atmosphere.

Global collaboration and international standardization have played a significant role in continuing achievements to push the envelope of the possible. It is no surprise to me that scientists and engineers who share this passion do so without labels of nationality; they focus their energy and collaborate on new technologies allowing for man’s advancements in knowledge and capability.

One impressive example of this success is the International Space Station. The international partnerships responsible for the design and construction of the station and its ongoing achievements demonstrate our ability to work together without borders for the benefit of humanity.

Rusty, very few people may realize how much innovation in the aerospace sector finds its way into everyday life. What kinds of things have you seen, not just in standards, but in your work with the Aerospace Industries Association (AIA) in the USA?

Many aerospace innovations have made their way into everyday life. Many of these we take for granted. Good examples include getting directions on your smartphone or Global Positioning System (GPS), looking up the local weather forecast, or watching the Olympics on television. Very few realize that these daily activities would not be possible today without satellite and communication technology.

I still find it amazing that my smartphone knows my location, which helps me look for nearby goods and services. I am also fascinated that through links of satellite information, I can within seconds look at doppler radar on my personal device to assess the duration and intensity of a pending storm. While these might seem to be minor personal conveniences, extrapolated over the global population and enterprise applications, you can comprehend the significant benefit of these innovations.

The AIA, which participates in ISO work through ANSI, ISO member for the USA, advocates for many issues that ultimately benefit the world. The AIA believes policy makers must ensure there are robust and balanced aerospace research programmes, not only for the substantial benefit of America, but also for the resulting unmanned aircraft systems and airport infrastructure. As a trade association, it also advocates for increased funding for NASA – a unique agency that both inspires young people with amazing discoveries and creates innovations that often make their way into everyday applications.

Lastly, the AIA participates in international groups that are facilitating the interoperability of business systems and processes using the ISO 10303 series of standards, whose protocols it sees as the path to interoperability and long-term archival and retrieval of data.

As the AIA holds the Secretariat of ISO/TC 20 on behalf of ANSI, what are some of the key issues you are following in the industry today?

While aerospace is very competitive from a company and national perspective, it is also a global community. The AIA’s mission is to ensure the success of the US aerospace industry, which relies on international partnerships, customers and language. In turn, it is important to the success of non-US aerospace manufacturers that there is openness in the US market.

Therefore, the focus areas of ISO/TC 20 align very well to the objectives of the AIA. The technical committee ensures that internationally accepted standards exist for the design, construction, test and evaluation, operation, air traffic management, maintenance and disposal of components, equipment and systems of aircraft and space vehicles, including issues related to safety, reliability and the environment.

For those unfamiliar with ISO/TC 20, it is worth noting that two new subcommittees have been developed on unmanned aircraft systems and airport infrastructure. What are your thoughts on the relevance of these topics as part of the global aerospace agenda?

The scope of applications for UAS is expanding rapidly, for both military and commercial purposes. Online shopping companies such as Amazon and Google envision a UAS delivery service capable of delivering small packages in a short time frame. If this comes to fruition, there will be a need for more standards. There are many organizations and countries developing standards for UAS. ISO/TC 20/SC 16 will not duplicate those standards; rather they will find opportunities where there are needs and gaps for UAS International Standard.

Airport infrastructure will address important standardization topics such as: “grooving” of landing and take-off lanes; asphalt paving; vertical signalling, and electric-electronic board signalling. It is important for pilots of international flights to encounter common infrastructures and communication boards at all airports.

ISO/TC 20 is looking forward to the work programmes offered by these subcommittees.

Short- and long-term forecasts see exponential growth in the commercial aerospace industry alone. The IATA Airline Industry Forecast 2013-2017 expects demand to expand by an average of 5.4 % compound annual growth rate (CAGR). Boeing forecasts more than 36 000 new airplanes will have to be produced by 2033 to meet this demand and replace retiring aircraft. This means that industry will have to find more efficient ways to produce new aircraft and support equipment, airports will have to expand capacity and workforce will have to increase to operate said equipment.

Technology and standards will play key roles in meeting growth demands. I believe that this will drive the need for new entrants of companies and countries into the aerospace market. Certainly, one could expect this will drive opportunities for smaller countries to enter the aerospace industrial base. If this happens, I hope that these new country entrants will consider being part of ISO and ISO/TC 20.