Asset management is not a new practice. Managing assets to meet organizational or social objectives has existed since humans first began building infrastructures, whether private or public. 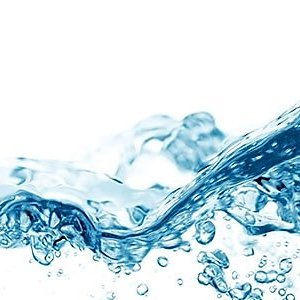 The expenditure of effort and resources involved inevitably generated the need to preserve and maintain such infrastructures. In simple terms, assets are managed so long as the benefit of maintaining them is greater than the costs of doing so - and nowhere is asset management more important than in the water supply and wastewater services sector.

From Babylon to Rome

Constructing and operating water infrastructure is one of the oldest engineering activities of mankind, and certainly one of our greatest assets. Its earliest function was simply to transport water from one place to another. The construction of aqueducts began more than 3 000 years ago as early civilizations, such as those in Assyria, Babylon and Egypt, recognized that society is reliant on a safe and sure water supply.

Early aqueducts were simply open canals dug between a river, a community and its surrounding farmlands. The most famous early aqueduct engineers were the Romans. Over a period of some 500 years they constructed 11 aqueducts to supply Rome with water from as much as 90 kilometers away. Much of this network was a system of underground tunnels, while some traversed valleys in open channels on stone arches. Aqueducts of this period can be found throughout the Roman Empire, and some continued to supply water for over 1 200 years.

More recent examples of aqueducts are to be found in India, Peru and Turkey. The transport of water remains a major reason for the construction, maintenance and operation of water infrastructure throughout the world - not just for urban supply, but for agriculture, industry, and transportation through canal and lock systems.

From the earliest times, ancient civilizations also built infrastructure to carry water away (particularly from the urban environment) once it had been used, and of course, to carry unwanted floodwaters.

Today, water infrastructure is most often understood in the municipal context of transporting, treating, storing and distributing water to residents for drinking purposes, and collecting wastewater and treating and discharging or re-using it after treatment.

According to the World Health Organization, for the first time ever, the majority of the world's population lives in a city, and this proportion continues to grow. One hundred years ago, two out of every 10 people lived in an urban area. In 1990, less than 40 % of the global population lived in a city, but since 2010, more than half the world's inhabitants live in an urban area. By 2030, six out of every 10 people will live in a city and, by 2050, this proportion will have increased to seven out of 10 people.

Within these communities, the water and wastewater infrastructure of distribution and collection pipes, treatment facilities, storage tanks and reservoirs amounts to an enormous investment in physical assets. A typical city of 100 000 to 500 000 people may have between 5 000 km and 10 000 km of underground piping for water distribution, and a similar network for wastewater collection. Some of these installations may date back centuries, but with the enormous population migration to cities, a large portion of the infrastructure may be less than 40 years old.

The replacement value of these assets amounts to many millions of dollars for every city. However, much of the available capital would already have gone into investing in the expansion of the infrastructure to meet growth, with the result that almost all cities face an ageing infrastructure in need of repair, rehabilitation or, more likely, the replacement of significant portions of it.

For much of the developing world, the need is not just to improve the existing infrastructure, but to expand it to meet basic sanitation needs.

The very fact that early societies invested huge amounts of time and effort to construct such water engineering marvels meant that they valued the infrastructures they had created for the benefits obtained. Great efforts were expended over the centuries to preserve the infrastructure's functionality, and the accumulated wisdom of the early engineers who designed and built them has been passed on from one generation of engineers to the next.

Standards, codes of practice and guidelines evolved over the period, and in recent decades these have developed into the principles and policies of asset management. The latter is seeing increasing linkages to other management systems related, for example, to the financial and risk aspects of organizational activities.

ISO is developing guidelines for the management of assets in the municipal water sector.

The ISO committee dealing with service activities relating to drinking water and wastewater systems (ISO/TC 224) is working on best-practice guidelines specifically for the management of assets within the municipal water sector.

These new standards are due for publication later in 2013.

ISO/PC 251 is taking the broadest approach to the topic. It sees an "asset " as something that has potential or actual value to an organization, although it acknowledges that, for many, an asset is normally thought of as a physical entity such as infrastructure used to transport, treat, store and distribute water. This infrastructure approach is addressed by ISO/TC 224.

ISO/TC 224 representatives within ISO/PC 251 argued that there were two parallel needs : one for overall management system standards, and the other for technical guidance on managing assets within individual sectors such as water.

Other standards detail sector-specific, asset-specific or activity-specific technical requirements, or give guidance on how ISO 55001 should be interpreted and applied within a specific sector or to particular asset types.

ISO/TC 224 is now working on a stand-alone technical report entitled Technical aspects, tools and best practice in the management of assets of water supply and wastewater systems. Publication is expected within three years.

In the meantime, water services around the world will continue to manage their physical assets in the best possible manner, and no doubt will be seeking additional funds from revenues, grants from senior levels of government or investments from the private sector, to reduce or eliminate the infrastructure gap.

T. Duncan Ellison
is Executive Director of the Canadian Water and Wastewater Association. He is Expert and Co-Convenor of working groups in ISO/TC 224, and Chair of the Canadian mirror committee.
Tetsuya Mizutani
is Manager of the Asset Management Strategy Office in the Business Planning Section of the Sewerage Management Department of Sendai City, Japan.
Thomas Zenz
is Convenor of ISO/TC 224’s working group WG 7 on the crisis management of water utilities.