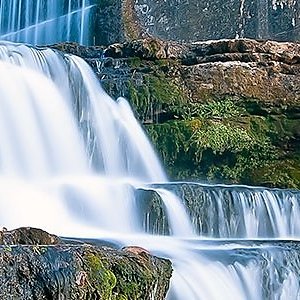 Access to water is a basic human right. So says the United Nations whose ambitious Millennium Development Goals aim to improve access to drinking water and wastewater services throughout the world by 2015. Supporting this endeavour, ISO has developed a series of standards on drinking water and wastewater services that provide a common methodology for assessing the services provided by water utilities of all types and sizes worldwide.

Developed by ISO technical committee ISO/TC 224 for quality water supply and wastewater services, ISO 24510 and its sister standards ISO 24511 and ISO 24512 are intended promote dialogue and continued improvement within the water service itself and among all its stakeholders - the owners, the regulators and the users.

The methodology works by linking the performance of the utility to its objectives, such as promoting public health, protecting the environment and providing services to its users.

With the service objectives set, the question then remains how to determine if these objectives are being met, in other words what service criteria would be applicable for this assessment to be made. The next challenge is how to measure the service provided by the utility within the criteria selected, or more specifically what numerical measures might be calculated to demonstrate that the objectives have been achieved. This is where the ISO 24510 series comes in, offering hands-on solutions to help water utilities through the process.

Plenty of positive feedback is sent by organizations worldwide about their experiences and the benefits of implementing these ISO standards. Following are a few examples.

Latin America – ISO 24510 has been embraced with open arms in Latin America because of the region’s growing interest in meeting the needs and expectations of water users and enhancing the dialogue between the utilities operators and their stakeholders, including regulators.

Africa – Several water service suppliers in Burkina Faso have defined the objectives of their services to users, while the town of Parakou in the Republic of Benin – backed by its twin town of Orleans in France – has decided to implement ISO 24510. Stakeholders have been mobilized and objectives for service improvement are being defined and will cover water supply and sanitation.

Argentinian water utility Aguas de Santiago (AdeS) was an early adopter of the standard. Encouraged by the Argentine National Standardization Body (IRAM), AdeS used ISO 24510 to establish a set of templates that would help define its "service to users" objectives and to decide what service assessment criteria it would use to measure performance. The company developed criteria for performance indicators calculated over a finite period of time, and targets were set for performance improvements to be accomplished within that assessment period. AdeS published its first summary of the achievements, verified by IRAM, in its 2010 annual report.

Sebastián Paz Zavalía, General Manager of AdeS, said of the standard: "Its flexibility, specificity and user-oriented approach makes ISO 24510 the right tool for any public or private utility."

In 2008, the company was strongly user-oriented, resolving one crisis at a time, as Marcela Paz, AdeS Project Coordinator for the implementation of ISO 24510, explained. "We worked really well," she commented, "and we needed a tool to organize and systemize all the knowledge and procedures acquired over time. When these standards were published they seemed perfect for us because their orientation, especially ISO 24510, is focused on the user".

Aguas de Corrientes S.A. (AdeC) of Argentina was already familiar with management standards and thus able to build on existing procedures. The company established a baseline for key process and performance indicators: the number of user complaints about low water pressure and water quality, and the number of successful water quality control samples, are submitted to the Board in a monthly report. AdeC also extended its report on wastewater service customer satisfaction by measuring the number of user complaints received on flooding.

"The clarity and versatility of ISO 24510 was evident from the very beginning of our implementation. This was clearly shown in the successful implementation in 13 different cities, each with its own reality and characteristics," said a company spokesperson.

"During the implementation process, it was very important to understand that defining specific objectives and performance indicators aligned with ISO 24510 would enable us to obtain results on which to base decision making, planning and continual improvement."

The Mei-Raanana Water Company is developing a national list of performance indicators for Israel, together with the regulator and a few other Israeli water companies. Its purpose is to create realistic performance indicators that will give the regulator a positive tool with which to assess the activities and processes of each water company, instead of simply comparing numbers. This involved adapting indicators to the function commonly referred to as benchmarking where the performance of individual utilities can be compared to others. However, this requires the indicators to be calculated from exactly the same data sets.

Mei-Raanana is using ISO 24510 to assess the efficiency of its customer service, taking into consideration the time it takes to respond to a complaint, start working on a leak and repair the leak, the time the customer is without water and, finally, the number of complaints lodged.

"Working with ISO 24510 is a process that involves teams of workers and managers,"says Nir Barlev, Manager at Mei-Raanana, adding that, "This mutual activity makes the workers feel much more involved and responsible, so it acts as a motivating force for all employees."

Uptake of the ISO 24510 series is gaining ground around the world, albeit at different paces. Europe and North America have been using performance measures for many years and most utilities are comfortable with these concepts, both on a management and technical level.

A few steps behind, water utilities in Latin America are fast coming to appreciate these standards and the Federal Council of Sanitation Services in Argentina is actively encouraging other water utilities in the country to follow in the footsteps of AdeS and AdeC. The ISO standards are part of a broader Latin American effort, led by the regional component of working group ISO/TC 224/WG 5 through the Latin American Association of Water and Wastewater Operators. The working group will continue to document implementation activities and hope to prepare a technical report on examples of applications of the ISO 24510 series.

Natalia Drault
is Energy and Environmental Affairs Manager at IRAM, the Argentine National Standardization Body, and Co-Convenor of working group ISO/TC 224/WG 5, Examples of the application of ISO 24510, 24511 and 24512 standards.
T. Duncan Ellison
chairs three Canadian mirror committees related to water and several national and US-based standards committees. He is a member of the American Water Works Association Hall of Fame.