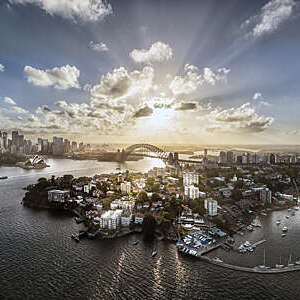 The ISO member for Australia says that standards are needed to help reduce emissions and move towards carbon neutrality with a focus on an innovative use of hydrogen technology.

The road is a long one. Australia has highly developed primary industries, including coal, and that gives it one of the highest-per-head outputs of CO2 in the world. That provides some idea of the scale of Australia’s national commitment to net-zero emissions by 2050.

In 2019, the adoption of the National Hydrogen Strategy by Australia stimulated domestic and international investor interest in the use of clean hydrogen. The Government Technology Investment Roadmap seeks out ways to replace Australia’s coal industry to address global climate concerns through investments in hydrogen and other low-carbon technology. As new technology is developed and innovation is integrated into everyday life, there’s a role for International Standards.

SA proudly supports the London Declaration. A collaborative global approach to the development of International Standards is vital to provide the right solutions at the right time. ISO and its members play a key role in addressing climate-related challenges through mitigation, adaptation, quantification and the exchange of good practices.

Standards Australia recognizes the importance of standards supporting a more sustainable future and, through proactive engagement with the rapidly growing hydrogen sector, has contributed to the development of hydrogen as a key building block in Australia’s transition to carbon neutrality.

The work of the new committee covers all aspects of hydrogen across the value chain as an energy carrier. That includes the production, storage and handling, measurement, transport, transmission, and distribution of hydrogen in its pure form, blended with another fuel gas or via an alternate hydrogen transport vector, and use of hydrogen. Also included are end-use applications such as hydrogen refuelling infrastructure and mobility applications, domestic and industrial appliances and power and heat generation.