Connecting Serbians to the hottest topics in standards

Seventy years after the first issue, the ISO member for Serbia, ISS, has given the Standardization bulletin a 21st-century revamp. 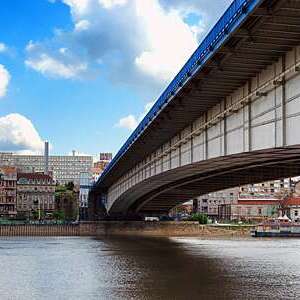 First published in August 1950, one of the first articles to appear in the Standardization bulletin celebrated the former Socialist Federal Republic of Yugoslavia joining the ISO family. Yugoslavia was the 28th member state to join ISO, just three years after we were founded in 1947.

In its early phases, Yugoslavia’s hub for standards news went by the lengthy title of the Bulletin for issues of standardization, quality control and control of measures, later evolving to the simpler JUS Bulletin. Under whatever name it was published, the news archives at ISS represent a valuable record of the time and all the changes that took place in standardization over a period of 54 years, from 1950 to 2004.

Now the title has been relaunched for today’s readership. With no immediate end in sight for the global COVID-19 pandemic, the first issue of the revamped Standardization bulletin focuses on the ongoing crisis and the role that standards can play in providing solutions and reassurance in challenging times. In the inaugural issue of the new magazine, ISS presents the collected findings from a series of free webinars that it has offered throughout the pandemic – Crisis COVID-19: From Managerial Theory to Practice.

The Bulletin also includes an interview on crisis management with Prof. Zoran Keković, an international expert in the field of social security and resilience, as well as guidelines for community face covering and a text on recommendations for reliable measurement of body temperature. In the first issue of the bulletin, particular attention was focused on Serbian standards and women’s entrepreneurship, with several examples of Serbian companies headed by women who have recognized the importance of applying the standards and have already achieved better business results. In addition, this issue includes news in national, European and international standardization related to water resources and wastewater treatment, and highlights innovations such as biodegradable styrofoam (Biosporin), which was declared the best technological innovation in Serbia for 2020.

The ISS bulletin Standardization will be published four times a year. In addition to standardization news, quality infrastructure and innovation, future issues will include interviews with associates and ISS members, as well as with members of the national technical committees, who will talk about their experiences in the field of standardization.

To find out more,  visit ISS and read the all-new bulletin.