ISO is pleased to announce a new long-term strategy that will guide the actions of the organization and help it to achieve its vision of making lives easier, safer and better. 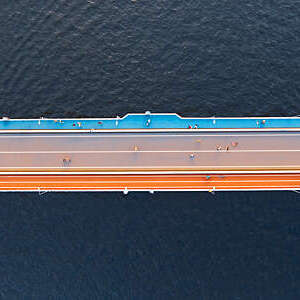 The Strategy was developed using the same collaborative approach that is behind ISO standards: members from 166 countries contributed to the development, refinement and approval of this foundational guiding document.

A clear strategy has always guided the organization, but the ISO Strategy 2030 differs in a number of significant ways.

Most importantly, the new strategy will be in place for almost ten years, twice as long as previous strategies. This enables ISO to adopt a long-term approach to global issues whose scale cannot be realistically addressed in a five-year period. The more ambitious time frame allows the organization to better respond to environmental and human challenges such as improved sustainability, resilience and equality, where changes to long-established ways of working require both conviction and persistence.

A longer-term strategy also allows ISO to bring a consistent focus to the evolution of the standardization system itself, including ongoing modernization of its underpinning technology and adapting to the pace of digitalization and the changing ways in which standards will be used by businesses and organizations of all kinds.

The ISO Strategy 2030 outlines our vision and our mission for the next ten years and a set of goals and priorities to help us get there. It will be regularly reviewed, and adjusted when needed, to respond to any changes in our external environment.

Addressing the global standardization community and recognizing the contribution of ISO members, ISO Secretary-General Sergio Mujica described the ISO Strategy 2030 as “a remarkable achievement in collaborative working that demonstrates our commitment to a long-term approach and the 2030 Agenda, and reflects our DNA as an organization built on consensus and progress”.