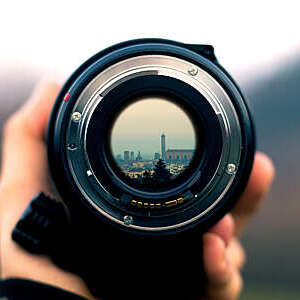 The joint technical committee of ISO and IEC (ISO/IEC JTC 1) has been awarded a Technology & Engineering Emmy. The US-based National Academy of Television Arts & Sciences presents Emmy awards for excellence in artistic, educational and technical achievements in television.

The File Format subgroup of MPEG Systems was awarded the Emmy for the development of ISO/IEC 14496-12, Information technology – Coding of audio-visual objects – Part 12: ISO base media file format. The ISO base media file format is designed to contain timed media information for presentation in a format that facilitates interchange, management, editing and presentation of the media.

The Moving Pictures Expert Group (MPEG) at the origin of the standard operates under the structure formally known as ISO/IEC JTC 1/SC 29, which has been working on the standardization of efficient representation and control of multimedia information for many years.

“This recognition further reinforces the major contributions that JTC 1/SC 29 has made to the entertainment industry and society at large,” said Phil Wennblom, Chair of the joint technical committee, which develops International Standards for information and communication technologies through its network of ISO/IEC subcommittees and working groups.

The JTC 1 experts will receive the prize at a ceremony in Las Vegas on 10 October 2021. The 72nd Annual Technology & Engineering Emmy Awards will be held in partnership with the National Association of Broadcasters.

JTC 1 MPEG and JPEG (Joint Photographic Experts Group) have won a number of Emmy awards in recent years for their ground-breaking contributions to the global audiovisual industry.

The National Academy of Television Arts & Science is a not-for-profit organization. It is dedicated to the advancement of the arts and sciences of television and the promotion of creative leadership for artistic, educational and technical achievements within the television industry.