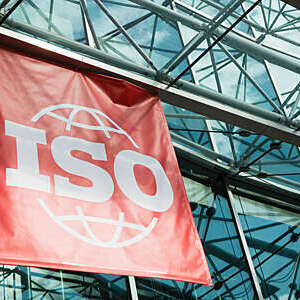 The International Organization for Standardization (ISO) today announced that Ulrika Francke from Sweden has been elected as the next ISO President, following voting by the ISO member bodies[1]. She will take up the position in January 2022 at the completion of the term of current President Eddy Njoroge from Kenya, and serve as President-elect throughout 2021.

Ms Francke has extensive experience in standardization, currently serving as Vice-President of ISO member SIS, the Swedish Institute for Standards. Prior to her role at SIS, she was Chair of the BIM Alliance, whose purpose is to develop standards for the real estate and building sector. Ms Francke’s career has spanned both public and private sectors. She was the Vice-Mayor of the City of Stockholm and has since served as CEO of companies that operate at both national and international levels.

“We are excited to have Ulrika Francke as the next ISO President,” said ISO Secretary-General Sergio Mujica. “Her background and experience will be a valuable asset to our organization. Under her guidance, we will continue the path to achieving ISO’s Strategy to 2030, as we explore new opportunities in the years ahead.”

Ms Francke will bring a wealth of leadership and management experience to the role. She has a proven track record leading the development and execution of corporate visions, strategies and goals. She has also served in a number of senior executive positions, both as CEO and as Chair and member of a multitude of boards.

“I am honoured to have been elected by the members of ISO to serve as its next President,” said Ms Francke. “ISO does an outstanding job of developing state-of-the-art International Standards to drive innovation, tackle global challenges and meet the United Nations Sustainable Development Goals. Its commitment to providing continued support to its members and the global community is a testament to its long-standing presence as one of the world’s largest standards development organizations. I am looking forward to giving my full commitment to ISO’s mission, vision and values as we continue to enhance our international standardization work with agility, integrity of service and excellence.”

Reflecting on the future, Ulrika Francke sees 2020 as a turning point. “ISO’s experience during the pandemic underscores its resilience as an organization. Despite the myriad challenges 2020 has brought, the international standards community has continued to carry out important standardization work that is needed by industry and government. Across the globe, we held thousands of virtual meetings, continued with thousands of projects, and made available, free of charge, standards that have played a critical role in the fight against COVID-19.”

Ms Francke is educated at Stockholm University and is invited as a strategy advisor and honorary professor at the China Intelligent Urbanization Co-creation Center for High-Density Regions at the Tongji University in Shanghai. She is a fellow of the Royal Swedish Academy of Engineering and Sciences and has worked on numerous studies and projects. Ms Francke is Chair of the National Research Program for Sustainable Spatial Planning and a board member at the Volvo Research and Educational Foundations.