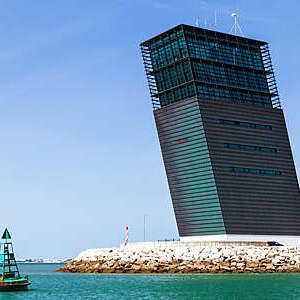 As technology advances and industry dynamics evolve, more and more maritime businesses are focusing their time, energy and resources on digitalization. Technological advances are expected to make shipping – and the whole supply chain – much more efficient for the more than 11 billion tonnes of goods that are traded annually by sea across the globe. This move will have numerous benefits for trading, safety, security and the environment, with ISO standards playing a key role in this process.

Whilst trade is beneficial, trading through ports is complex.

Ever since people could tie logs together to form rafts and use them to transport goods by water, seaborne trade has flourished and grown. Historians believe that the first international trade routes were developed five thousand years ago between the Arabian Peninsula and Pakistan, whilst by the 18th century, trade routes spanned the globe. Transporting goods and people by sea is an efficient and cost-effective process and, today, shipping is big business with more than 90 % of the world’s trade, in volume, carried by sea, according to the International Maritime Organization (IMO).

Whilst trade is beneficial, trading through ports is complex. When ships enter and leave ports, vital information about cargoes, crews, vessel details and many other things has to be exchanged with the authorities ashore. Access to accurate and complete data records is essential to making the right decisions at the right time. Ship operators are required to provide numerous types of records, certifications and data relating to their cargoes, passengers, safety, environmental protection and customs declarations.

The process might also require several regulatory authorities, as well as interacting with business-to-business functions such as freight unloading, storage and forwarding. This, in turn, requires communications between a multitude of different systems in businesses, ships, ports and regulatory authorities. Such an intricate network enables vast amounts of information and data to be exchanged to get a ship and its cargo through a port. Sounds simple, right? Not quite.

As technology advances and industry dynamics evolve, more and more maritime businesses are focusing their time, energy and resources on digitization. The right digital technology can uphold continuity in even the most challenging circumstances, including operations that are exceedingly complex with a high volume and velocity of activity. As technology moves the shipping industry by storm, it is estimated that a 10 % to 30 % improvement in efficiency in the EU logistics sector equates to a cut in costs of between one to three hundred billion British pounds for European industries, with a consequent reduction of 15 % to 30 % in CO2 emissions.

Digitalization, big data and new technologies such as artificial intelligence are key in enabling the post-COVID recovery, IMO Secretary-General Kitack Lim told a webinar on digital connectivity earlier this year. “Cooperation between shipping, ports and logistics will be vital for enhancing the efficiency and sustainability of shipping and therefore facilitating trade and fostering economic recovery and prosperity,” Lim said. “Digitalization and new technologies will also be the key to allowing standardization and therefore enhancing the efficiency of shipping.”

Full speed ahead on a single system

The need for standardization was also highlighted by IMO’s Facilitation Head, Julian Abril, who noted the mandatory requirement for electronic data exchange in the IMO’s Facilitation Convention, effective since April 2019. Discussions are currently underway towards making a “Single Window” for the maritime sector mandatory – so that all data for arrival and departure of ships is submitted through a single point and transmitted to the relevant agencies involved.

The standardization and harmonization needed for this to happen is captured in the IMO Compendium on Facilitation and Electronic Business. The IMO Compendium is a set of tools for software developers who create the systems necessary for sending electronic data for all the records, data and information that must be exchanged between ships, shore and regulatory authorities. The Compendium comprises a data set and reference model for electronic data interchange (EDI) now required by the latest amendment of the Facilitation Convention. The goal is to make it easier for companies involved in maritime trade or transport to create software that can communicate, no matter which standard they are based on.

“Single Windows act as a centre for regulatory authorities involved in trade, and businesses that have to submit information to them. A Single Window will only deal with regulatory authorities for businesses, whilst a Port Community System (PCS) can cover many other functions as well, and they often do, such as logistics and freight forwarding,” describes Richard Morton, Secretary-General of the International Port Community Systems Association (IPCSA). “So, in a sense, PCSs were the original Single Window,” he adds.

A PCS can also serve as the Single Window if the applicable governmental body in a country mandates this, and if the PCS meets the five criteria required. IPCSA’s members also have a strong interest in data standards, as this is at the core of their business, making a diverse range of systems communicate seamlessly.

Cooperation, communication and collaboration between the various stakeholders to maintain and further develop the compendium, as well as looking into expanding its data set and data model to areas beyond the Facilitation Convention, have been formalized in a partnership agreement signed in March 2020. Its signatories – ISO, IMO, the World Customs Organization (WCO) and UNECE – are supporting this increased maritime digitalization.

The partnership agreement paves the way for updating the IMO Reference Data Model and for its further development towards harmonization of data standards in other areas, beyond the Facilitation Convention, such as exchanging operational data that could help facilitate just-in-time operation of ships. Just-in-time operation allows ships to optimize their speed, so they arrive at their destination port when their berth is ready for them, thereby saving energy and cutting costs and emissions.

The parties of this agreement have already been cooperating to develop the IMO Reference Data Model, which is a key element of the IMO Compendium on Facilitation and Electronic Business and covers the reporting requirements defined in the Facilitation Convention to support transmission, receipt and response of information required for the arrival, stay and departure of ships, persons and cargo via electronic data exchange. This work ensures interoperability between the respective standards of each organization.

“ISO 28005-1 provides an overall management system structure for EPC whilst ISO 28005-2 describes the detailed requirements for messages,” explains Ørnulf Rødseth, Senior Research Scientist at SINTEF in Norway. Rødseth, who has worked in this field for decades, is within the ISO working group now revising ISO 28005-2 and played a key role in formulating the agreement between IMO, WCO, UN/CEFACT and ISO. SINTEF, meanwhile, is a not-for-profit research institute with a strong focus on marine shipping and maritime technologies. “The aim of SINTEF’s researchers is to make trade through ports more efficient by developing and applying automated systems and standardization,” adds Rødseth.

ISO 28005-2 goes into the detail of the core data elements for EPC, such as the reporting requirements that must take place between ships and ports. These include those specified in the Facilitation Convention, other IMO requirements and the International Ship and Port Facility Security (ISPS) Code.

So far, there has been a fragmented application of existing tools for the effective and efficient digitalization of trade. “In Norway, we have an extensive National Single Window, which also takes care of port-call logistics, so few Norwegian ports use a Port Community System,” says Rødseth. This variation also applies to the use of standards for data elements. EDIFACT, for example, is a global set of rules defined by the UN for intercompany electronic data exchange between two or more business partners via EDI. “EDIFACT has been applied very successfully to container ships and some other liner ships, but not to the 96 000 or so other ships that transport less complex cargo,” he informs. “There were other systems available and some owners used them, but not always.” Therefore, there is great scope for the adoption of standards and further harmonization, which is what prompted the agreement between the partners.

“We would like to see more harmonization and more involvement with development. We would like to see more people with an understanding of standards get involved in their development,” says IPCSA’s Morton, whilst UN/CEFACT’s Probert points out that “we are responsible for writing the standards that facilitate trade and e-business globally”. Fair, well-regulated, harmonized and standardized trade itself is consistent with inclusive economic growth and poverty reduction. “Ninety per cent of traded goods are transported by ship, so the work we are doing supports the lifeblood of the world,” concludes Rødseth.

ISO standards are expected to move the maritime industry forward on its digital journey.

Set sail for a new route

The global maritime user community is vast and diverse, with approximately 1.2 million people currently employed at sea. Even greater than the number of people in the ecosystem is the volume of e-mails they transmit. “Maritime transport is and will remain a vital global link in supporting sustainable international trade,” said IMO’s Kitack Lim at a digital connectivity and data standards webinar. “And that is because, whatever else may happen, one thing is certain. The movement of raw materials, energy and the transport of manufactured goods and products between continents would not be possible without maritime transport. These are things on which sustainable recovery and growth will depend.”

New partnerships for cooperation and sustainable economic recovery will be needed for the benefit of all humankind. And the standards being developed will be key. These standards are expected to move the maritime industry forward on its digital journey, delivering all the tools and capabilities it needs to ensure data continuity, maximize stakeholder connectivity and embrace process automation at scale. One thing is for certain: ISO is ready to sail into this new future. “Fair winds and following seas” to all!