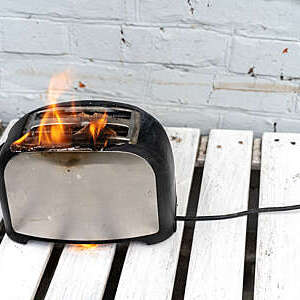 A new committee for consumer incidents has just been formed.

Lifts breaking down, playground equipment giving way and faulty products are just some of the ways people get hurt every day, and often the first point of call is to attribute blame. But finding the root cause in all its complexity can help shed greater light on how to prevent it from happening again. While guidelines for such investigations abound in sectors such as aviation, healthcare or in the workplace, there is currently nothing substantial at the international level for those related to consumer incidents. A new ISO project committee has just been formed to fill the gap.

ISO/PC 329, Consumer incident investigation guideline, has been established to develop standards detailing how to objectively conduct investigations to establish all the factors that contributed to the event in order to prevent a recurrence. It will focus on methods that analyse in detail the background of the incident using universal causation models and search for all the elements that led to its happening. The key objective is to prevent a repeat of the incident and thus improve consumer safety and confidence.

Dr Masaaki Mochimaru, Chair of the new committee that will be developing the standards, said incidents with faulty products or services cause injury and death to consumers every day, and they are rarely caused by one factor alone.

“While finding out who is responsible is important, so too is having a clear and in-depth understanding of how the accident could have possibly occurred so that steps can be taken to ensure there isn’t a second time,” he said.

“Often, this is complex and involves many factors, which is why specific guidance on how to establish that is so important.”

The secretariat of ISO/PC 329, Consumer incident investigation guideline, is held by JISC, ISO’s member for Japan.