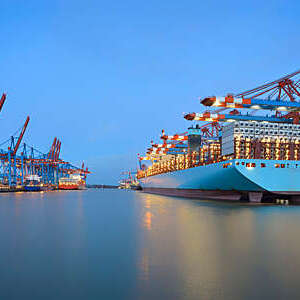 Measurement is a key factor in global trade as harmonized measurements mean everyone involved can speak the same language and know they are getting a fair deal. Which is why it is the theme of this year’s World Metrology Day, and many ISO standards play an integral role in making it work.

The theme for World Metrology Day 2020 is “Measurements for global trade” to highlight the importance of measurement in fair global trade and the role it plays in scientific discovery, innovation, the development of new products, manufacturing and sustainability, among other things.

Exactly how to measure things in a harmonized, internationally agreed manner is fundamental to our society, thus it is defined in what is known as the International System of Units (SI) used by scientists, academics, businesses and governments everywhere.

Given that harmonized quantities and units are used in many aspects of the trading process, from transport packaging and container ships to the dimensions of the product itself, the SI literally “makes the world go around”. This internationally agreed way of measuring things also supports conformity assessment, allowing not only efficient logistics but also the satisfaction of both legal requirements and customer expectations.

The ISO and IEC 80000 series of standards, Quantities and units, published respectively by ISO and the International Electrotechnical Commission (IEC), is a key component of the SI as it provides harmonized terms, definitions and symbols of quantities on which the International System of Units is based. These standards offer a unified language for communicating accurate measurement information between scientists, engineers and anyone else involved in the field of measurement.

Prof. Leslie Pendrill, Chair of the ISO technical committee[1] that develops the standards, said that the ISO/IEC 80000 series ensures the communication of accurate and consistent measurement information among scientists and engineers, as well as between producers, consumers and third parties.

“The use of non-standardized quantities and units is a serious barrier to trade,” he said.

“Different estimates of the value of goods might be made by the seller and buyer if there are differences in measurement and testing when determining the quantity, quality, safety, robustness and other characteristics of a product. Both measurement uncertainty and metrological traceability might be estimated differently by the seller and the buyer, making trade complicated or even untenable.”

Other standards that are fundamental to measurement for global trade are those for freight containers. Containerization has revolutionized the world of transport infrastructure, with an estimated 90 % of non-bulk goods now being moved around in intermodal containers. ISO has standardized almost every aspect of these containers, from their overall dimensions to how they can be stacked, meaning they can be used anywhere in the world and thereby contribute to efficient, cost-effective international supply chains.

The ISO technical committee responsible for these standards – ISO/TC 104[2], Freight containers, has developed nearly 40 standards since its inception, which constitute the agreed baseline for container-related transportation projects and activities globally.

ISO also has many other standards that contribute to harmonizing measurement and help to facilitate international trade in various sectors, ranging from clothing and footwear sizing to pharmaceuticals, geometrical product specifications (GPS) and more. They are all available from your national ISO member or through the ISO Store.

1) The ISO 80000 series was developed by technical committee ISO/TC 12, Quantities and units, the secretariat of which is held by SIS, ISO’s member for Sweden.

2) The secretariat for ISO/TC 104, Freight containers, is held by ANSI, ISO’s member for the USA.