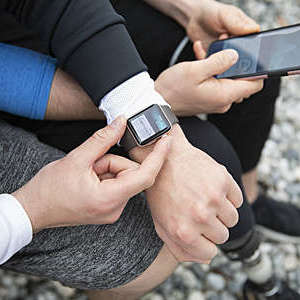 The Internet of Things has revolutionized our world by making everyday objects connected, intelligent and interactive. The Internet of Media Things allows media such as video and audio to join the party. A new series of ISO and IEC International Standards will enable the harmonized synchronization that is essential for this phenomenon to grow.

Internet of Media Things (IoMT) has the potential to change our world through massive-scale data exchange. But synchronization and interoperability are vital for this to work. ISO/IEC 23093, the series of International Standards for the Internet of Media Things developed by ISO and the International Electrotechnical Commission (IEC), provides the requirements and common language to enable media devices, applications and services to work together, outlining an architecture and specifications for the effective flow of data between media things.

The series provides a framework that can be used across technologies and national boundaries, enabling communication, storage, analysis, interpretation and retrieval of media big data emerging from large-scale IoMT devices. These standards therefore make it possible to realize large-scale interoperable IoMT applications.

The first two standards in the series have just been published and specify application programming interfaces (APIs) and the tools for use when it comes to the exchange of data between applications.

ISO/IEC 23093-2, Information technology – Internet of media things – Part 2: Discovery and communication API, specifies the APIs to discover media of things in the network, and communicate between them, along with APIs to facilitate transactions.

ISO/IEC 23093-3, Information technology – Internet of media things – Part 3: Media data formats and APIs, contains the tools to describe the data exchanged between media things, such as media sensors and analysers for their APIs.

A further two standards in the series, due to be published next year, will cover, respectively, architecture and reference software and conformance.

Teruhiko Suzuki, Chair of the ISO and IEC technical committee that developed the series of standards, said there are many areas where this technology can reduce costs and improve quality of life for people.

“In healthcare, for example, smart glasses that help the visually impaired to see better, or body sensors that help diabetics to better monitor their insulin levels, are just some of the many applications of this revolutionary technology,” he said.

Other examples of where the development of this technology can help improve the world include intelligent firefighting with Internet Protocol (IP) surveillance cameras and various aspects of smart manufacturing.

The ISO/IEC 23093 series of standards was developed by ISO/IEC JTC 1, Information technology, subcommittee SC 29, Coding of audio, picture, multimedia and hypermedia information, the secretariat of which is held by JISC, ISO’s member for Japan.