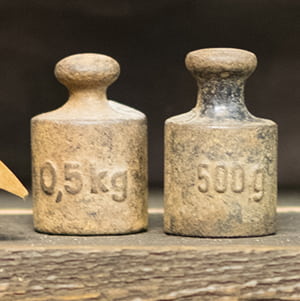 When is a kilogramme not a kilogramme? When it is not defined in the International System of Units (SI). To mark the launch of its recently revised version, the SI has been chosen as the theme of this year’s World Metrology Day.

Standardized measurement literally makes the world go around. It is necessary for many diverse fields, including science and engineering, and is essential for new inventions and supporting innovation in both industry and society.

The SI brochure, published by the Bureau International des Poids et Mesures (BIPM), describes the International System of Units and is an important tool for the scientific community as it contains the definitions of measurement units.

The theme of this year’s World Metrology Day, celebrated annually on 20 May, is “The International System of Units – Fundamentally better”, which this year recognizes the work behind the newly revised SI that comes into force on this day.

Research into new measurement methods, such as those using quantum phenomena, underpin the revision in order to better meet the needs of future users for the benefit of the whole world.

The ISO and IEC 80000 series1 of standards on quantities and units, referenced in the SI brochure, is also undergoing a revision to align with the new version, and many of the revised ISO parts are due to be published in the next few months.

This series of standards is important to the SI brochure as it provides harmonized terms, definitions and symbols of quantities and units used in science and engineering, providing a unified language for communicating accurate measurement information between scientists, engineers and everyone involved in measurement.

The standards are used by metrology and technical institutes, academia, technical book writers and translators and standards developers, as well as across many industries and society at large.

The ISO 80000 series was developed by technical committee ISO/TC 12, Quantities and units, the secretariat of which is held by SIS, ISO’s member for Sweden. It is available from your national ISO member or through the ISO Store.

Learn more about the redefinitions of the International System of Units in this informative video.