Driving into a cleaner future 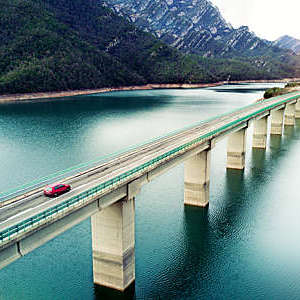 By Robert Bartram
Tagged as

As governments, business and the ordinary consumer attempt to recalibrate their daily existence to avoid the consumption of fossil fuels, we are often frustrated by the sheer scale and size of the task. What, we often ask, can we do to make a difference?

Perhaps an answer has come in the advent of “clean cars”. These can be defined as vehicles that are electrically propelled using either batteries or fuel cells that run on on-board hydrogen, and often a hybrid of the two. The idea of electrical cars has been mooted for years, but it is only now, with the proven effects of climate change, that enough is being done to make them a viable commercial prospect. Indeed, change is already upon us. Monthly figures published by the Society of Motor Manufacturers and Traders suggest that electric car sales in the United Kingdom have risen significantly over the past few years. While only around 500 electric cars were registered per month during the first half of 2014, this has now risen to an average of 5 000 per month during 20181).

Yet their production is not straightforward and many challenges face both producers and consumers before they can be considered mainstream. The first target, as Mr Yasuji Shibata, Toyota Motor Corporation’s General Manager of the Evaluation Department for Electrically Propelled Vehicles, makes clear, “is to develop the electrically propelled vehicle to the same level of performance and reliability as conventional vehicles within a reasonable budget”. Closely connected to this is the requirement to guarantee car performance that meets the customer’s needs, especially on fuel economy.

More specifically, the performance of a single cell (the smallest electrical unit) – and a fuel-cell stack (all cells combined) – are two key areas of focus. Batteries also have two specific requirements: storage and output. Unlike the gasoline tank, the capacity of a battery changes with environmental temperature and deterioration. There is also the difference between the electricity supply in battery vehicles and (hydrogen) fuel-cell vehicles: battery electricity has a finite amount of electrical energy. The challenge is that, particularly in the case of vehicles such as lift trucks, electricity is being expended all the time. This means that there is less capability to respond to surges and needs of energy when moving items, such as lifting and taking ramps. In other words, there is a continuous loss of efficiency, and thus productivity.

However, with a fuel-cell-powered vehicle, the car or truck is able to function at 100 % capacity until the last drop of gas. Because batteries store only a finite amount of energy, there is not a great deal of range, but with hydrogen fuel cells the range is significantly higher. The difference is approximately by a factor of two at the moment, and possibly a factor of three in the near future. This is partly because a fuel-cell-powered car has more mileage and is less susceptible to environmental weather effects, with a shorter fuelling time of three to five minutes. This contrasts markedly with a Tesla-style car, which currently only manages a 20-minute refuelling time. It is likely, therefore, that a future trend will be a true hybridization of fuel-cell and battery technology.

A number of studies have suggested that it would be very easy to saturate the market with battery-operated cars, but simply replacing gasoline automobiles with battery-operated alternatives is unlikely to be as straightforward as it first sounds. There is only just enough capacity in the electrical grid to cope with such a change. With hydrogen production, the electricity variations can be balanced through the day, which is why engineering for a mix of solutions is so important. Funnelling direct renewable energy like wind or solar, or even nuclear, into the car is unlikely to work because these sources are so distant from the car itself. But with hydrogen as a fuel, electricity can be deployed at the outlet from where it is available.

A word should also be said about environmental safety, and the danger of failing to distinguish between “green” and “clean” fuels. If one takes, for example, biofuel, it is certainly green – but definitely not clean. Much focus has quite rightly been placed on carbon dioxide emissions, but the two hundred or so other pollutants of an internal combustion engine in the city car have been ignored, which are significantly more detrimental to human health. Carcinogens, for instance, are very much present in a biodiesel engine exhaust and pollute as much as a regular diesel engine.

Fuel-cell cars using hydrogen as a fuel can achieve a higher overall fuel cycle (well-to-wheel) average efficiency than an internal combustion engine using a biofuel such as biodiesel. Indeed, the biggest advantage of a hydrogen-powered fuel-cell vehicle is that it only produces water and air, which are not harmful to the environment. But while it’s true that hydrogen fuel produces zero emissions, it’s also true that it doesn’t occur naturally on earth. Producing it involves processes such as electrolysis, for which electricity is needed. And all too often, that energy still comes from fossil fuels.

So how can International Standards help overcome these multifarious challenges? It goes without saying that, as with all areas of standardization, it means that the same products can be held to the same level of performance and reliability, regardless of where they are produced. It also means that the amount of resources required to develop a unique product will be reduced for each country, thereby providing environmental protection. In general, the main obstacle to international standardization is harmonization among manufacturers. After battery-powered vehicles, some countries are now shifting their focus to cars using hydrogen fuel-cell technology. There is a huge and rapidly growing market out there, so harmonization of International Standards has become a key priority.

Specifically, ISO 17268 covers gaseous hydrogen land-vehicle refuelling connection devices. The hydrogen refuelling connector is standardized by this ISO standard for the countries which have a fuel-cell vehicle market. This means that consumers can obtain hydrogen from any hydrogen fuel-cell station in China, Europe, Japan, Korea, the United States and so on. ISO 23828 also relates to fuel-cell road vehicles and is used as a measurement for energy consumption for vehicles fuelled with compressed hydrogen. Fuel economy is measured by this method and is referred to in the international Global Technical Regulation GTR15. Fuel economy measured in this way will be used by governments to qualify the vehicles and manufacturers implementing this method as one indicator for improving vehicle efficiency.

Every day, obstructions like traffic lights and changing speed limits mean that the power demands of a car drivetrain vary rapidly. So do fuel-cell vehicles have the pulling power we expect? ISO 20762 has been designed to test the maximum power of a hybrid electrical vehicle (HEV) for system power. ISO 23274-1 made it possible to measure fuel consumption without the “misleading” influence of the charge level of the battery when starting from a different “state of charge”. It meant, too, that the state of charge can be tested under different cycles, loads and temperatures.

ISO technical committee ISO/TC 197, which is mandated to devise standards on hydrogen technologies, is chaired by Andrei V. Tchouvelev, one of the world’s leading experts on hydrogen safety and regulations, codes and standards. Tchouvelev has worked for 35 years in the field of hydrogen and, after moving to Canada from his native Russia, co-founded the Canadian Hydrogen Safety Program in 2003. His committee does not deal directly with cars, but has created a family of fuelling standards, so everything related to the interface between fuelling station dispenser and hydrogen-fuelled cars falls under this remit. There are general requirements and also more specific ones concerning components like the dispenser, compressor, valves, fittings and fuelling hoses.

A number of countries have also signed up to the European Union’s Alternative Fuels Infrastructure Directive (AFID) and series of standards, of which hydrogen is one of the alternative fuel infrastructure options. The bulk of the preparatory work for the standardization base under AFID mandate was undertaken by ISO/TC 197 and examined dispensing points, fuel quality and connectors. This committee also participates in Phase 2 of the global technical regulation (GTR 13) on hydrogen and fuel-cell vehicles. It ensures that the International Standards’ requirements that the committee develops are in harmony with the global technical regulation requirements. It is complicated, though, despite there being many stakeholders working together to develop the necessary requirements for a level playing field.

“People want to move mountains now and quickly, but may lack the sufficient technical knowledge and evidence,” says Tchouvelev. There are added complications, he says, because “we live in such a fast-paced world... and the Fourth Industrial Revolution is a challenge for standardization”. There is a chicken-and-egg dilemma of sorts, he continues, of when to develop an International Standard to ensure safety and performance, yet not restrict technology, as fuel-cell cars and fuelling infrastructure have been under development now for 15 years. 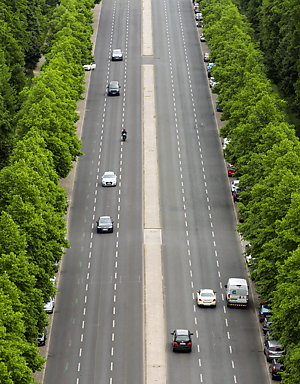 The genie is out of the bottle – it’s not just passenger cars but also trains, buses and trucks, and other heavy-duty applications including marine, aviation and aerospace. For instance, a heavy-duty truck may require 80 kg of on-board storage, while a regular fuel-cell car stores about 5 kg. So now, in addition to light-duty vehicles, standards have to be developed for much higher on-board storage quantities and address the need to refuel as quickly as possible using much higher flows. Besides these capacity issues, both fuel cells and batteries face scaling challenges potentially limiting their independent larger-scale mobility applications. These include thermal and water management and increased-size balance of plant for cooling. For this reason, hybridization of fuel-cell and battery technologies may be very attractive. Requirements of manufacturers for standards to address these issues are all relatively new, and International Standards will need to continue apace with developments for fuel-cell and battery electric vehicles to find their way permanently to our streets.

This issue features new sustainable technologies and practices in a wide area of topics such as electrically propelled cars, safely managed sanitation and environmental management.