The green heart of Costa Rica 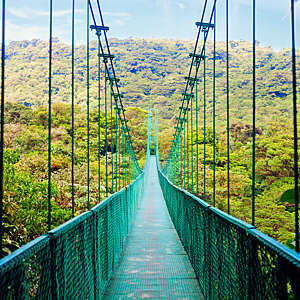 Hosting 6 % of the world’s biodiversity on its tiny land mass, it’s no wonder Costa Rica is committed to protecting the environment. Now, the next milestone on the political agenda is achieving carbon neutrality. Mauricio Céspedes, Executive Director at INTECO, ISO’s member for the country, explains how.

In 2015, Costa Rica hit a remarkable milestone when it generated the country’s electrical power from 100 % renewable energy sources during 285 consecutive days. This was another feather in the cap for our small Central American republic, which already emerged as a leader in ecotourism in the late 1990s. The Costa Rican Institute of Electricity (ICE) has since revealed that the country had 300 days in which renewables met its entire demand for electricity, beating its own previous record.

You might be tempted to ask how a country of just 51 000 km2 and five million inhabitants managed such a feat. Helped by its geographical situation and its geological and topographical conditions, Costa Rica focused on its most abundant resource: water. The country’s power mix is dominated by hydropower (75.3 %), but also includes geothermal (12.84 %), wind (10.08 %), biomass (0.77 %) and solar (0.01 %), according to ICE statistics.

Today, the various activities have been regrouped in one single policy. Under its National Strategy on Climate Change, Costa Rica is committed to becoming the first carbon-neutral country in the world. This national strategy manifests our country’s pledge to continue setting objectives for the rest of the world to follow, as we did in 1948 when we abolished the military or by being the first tropical country to reverse the deforestation process in the late 1980s. 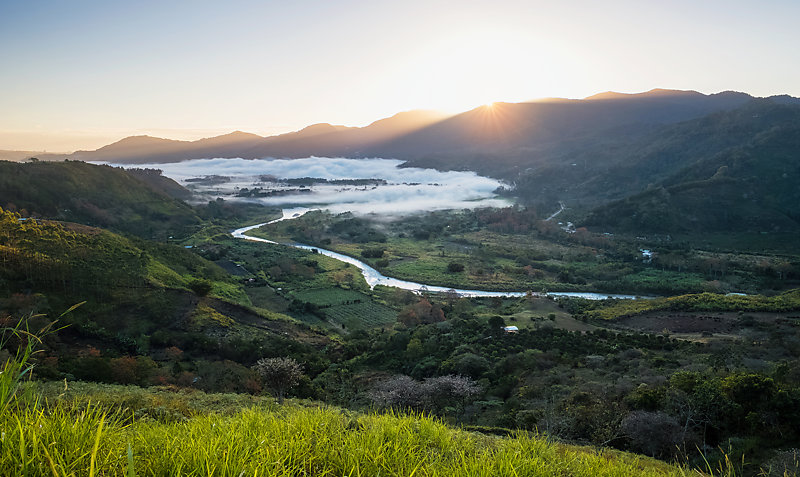 So what is carbon neutrality? It’s when the net greenhouse gas emissions a country or organization releases to the environment remain equal to zero. To realize this goal, Costa Rica aims to compensate its carbon emissions with equivalent doses of oxygen so that, when we do eventually meet our target, we can be satisfied that our country has no part in global warming or the deterioration of air quality. This commitment sweeps across all sectors of the economy, including one of our country’s most representative exports – coffee.

Since 2014, the NAMA Café project is helping to transform coffee production into a low-carbon industry. Coffee was chosen because it is one of the most important sources of greenhouse gas emissions in the agricultural sector. Among other things, some coffee mills have already introduced innovative technologies for treating pulp and husks (two waste products of coffee production) to control and avoid their methane emissions.

Some say our environmental aspirations have grown out of our fertile soils and inhabit the spirit of every Costa Rican. In fact, the right to a healthy and ecologically balanced environment for all was enshrined in the Constitution by amendment in 1994. Today, our carbon neutrality goal has drawn all economic sectors in a participatory process that includes private companies, government bodies, non-governmental organizations and academia. 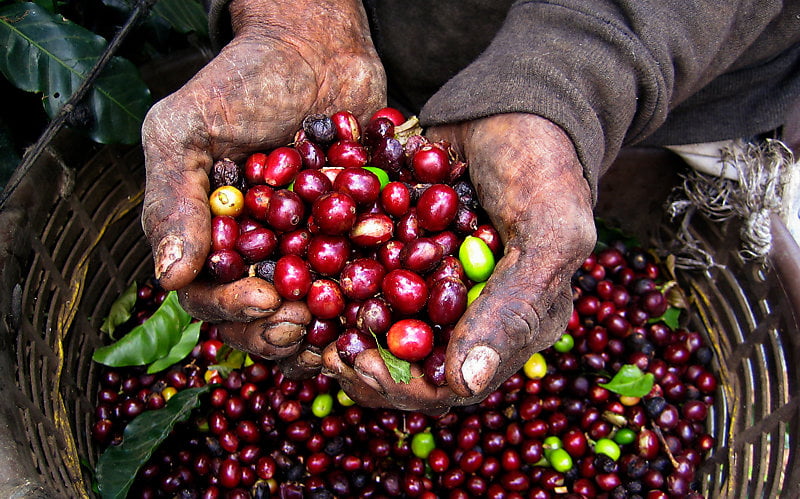 Indeed, a vital component of Costa Rica’s pledge to create a greener society is its dedication to maintaining a competitive market. To meet this goal, it has implemented programmes at both the governmental and organizational level. For example, the Instituto de Normas Técnicas de Costa Rica (INTECO), our national standards body, released a standard for organizations to follow in order to become carbon neutral.

Now in its third edition, INTE B5:2016, Standard for demonstrating carbon neutrality. Requirements, seeks to enhance organizations’ competitiveness through improved environmental performance based on good emissions management, technological advancements and optimized use of natural resources and raw materials. This standard is committed to the principles of ISO International Standards and includes references to Costa Rican adoptions of many ISO standards on greenhouse gases.

The decarbonization of society consists of activities that limit, minimize or correct environmental damage to water, air and soil, as well as problems related to waste, noise and ecosystems. This includes cleaner technologies that reduce environmental risk, pollution and resource wastage, and the use of environmentally friendly goods and services. Such a complex process required a normative framework that could integrate the economy, technology, cost, environmental issues and sustainability into one single field.

These considerations led to the national adoption of the ISO 14064 series of standards for the quantification, monitoring and reporting of greenhouse gases, which has been instrumental in helping organizations create an inventory of their emissions. Developed by ISO’s technical committee ISO/TC 207, Environmental management, it has become an integral part of the country’s carbon neutrality programme. In line with national legislation on environmentally friendly products, Costa Rica also turned to the ISO 14020 suite of standards on environmental labelling and declarations, by the same ISO committee, which INTECO included in its portfolio by national adoption. These have had a tremendous impact on the entire field of green technologies, fostering the development of a nationwide environmental labelling programme.

These standards and others by ISO/TC 207 have contributed significantly to our carbon-neutral goal because they are practical, effective and can be used by organizations of all types and sizes at any stage of development. Although they do not directly discuss carbon neutrality, these standards highlight the importance of good environmental management for business competitiveness. They also provide a framework in which environmental actions can be continually improved to reach the country’s goals of sustainable development.

For just as Costa Rica’s demilitarization many years ago was designed to favour sustainability and development, so the decarbonization of the country’s economy serves a similar purpose. Indeed, there is increasing recognition of how a shift to renewables can act as a catalyst for sustainable development and achieving the United Nations’ Agenda 2030 and its 17 Sustainable Development Goals (SDGs). Currently, the Costa Rican government is making big efforts in this direction. As part of this national resolution, INTECO advocates the use of globally recognized standards as essential tools to help government, industry and consumers attain these sustainable goals. Based on international consensus, they provide a solid benchmark for decision makers to have a positive impact on our environment.

Finally, ISO 50001 on energy management systems, which INTECO adopted in 2017, is another essential standard that served as the basis for developing more specific standards on energy efficiency in compliance with our national policy on energy savings. The standard’s appeal is that it will help a greater number of Costa Rican businesses implement sound energy practices, thus contributing to our overarching goal of carbon neutrality.

Can Costa Rica’s model be exported elsewhere? I, for one, believe it can, but in order to do this, countries need to establish domestic policies that foster a culture in which citizens show active commitment towards achieving their environmental goals. In Costa Rica, this formula has resulted in the protection of 25.6 % of the country’s total land mass.

Environmental education has also been key to sustainable development and Costa Rica has been one of the acknowledged leaders in efforts to promote environmental learning. As so much of the social and economic support for education in Costa Rica has centred around conservation issues, environmental education has become a point of intersection between the government and the people. In fact, the National System of Conservation Areas (SINAC), which comes under the Ministry of Environment and Energy (MINAE), has been working on this for years, accruing a wealth of experience on biodiversity and marine issues.

Costa Rica has specialists in many fields of biology, including biosphere, wetlands and heritage sites. Educational projects funded by public/private alliances have been equally successful in increasing national awareness. However, these projects need to be constantly evolving to have significant long-term impact.

While Costa Rica has certainly made impressive environmental progress over the years, positioning itself as a pioneer in nature conservation, there are still many challenges ahead. For example, we need to establish a prevention, control and mitigation system for those climate change impacts that are generated by human activity. Environmental control and quality must engage a wide range of social stakeholders and all our public institutions to be truly effective.

To be fair, our efforts to coordinate the environmental agenda have increased with the creation of specialized sub-groups, but these must synchronize better with existing inter-sectorial groups. This includes a more prominent involvement of environmental groups at decision-making levels. Politicians, business leaders, teachers and other people in leadership positions must strengthen their engagement in order to gain a better understanding of the issues at stake, so they are able to participate more fully in the decision-making process.

Given the scale of the task, is the plan to transform Costa Rica’s energy dependence realistic? Ultimately, the widespread adoption of clean energy is a gradual process, but with research and development in carbon-free technologies and standards to help us, we hope one day to get rid of fossil fuels once and for all.