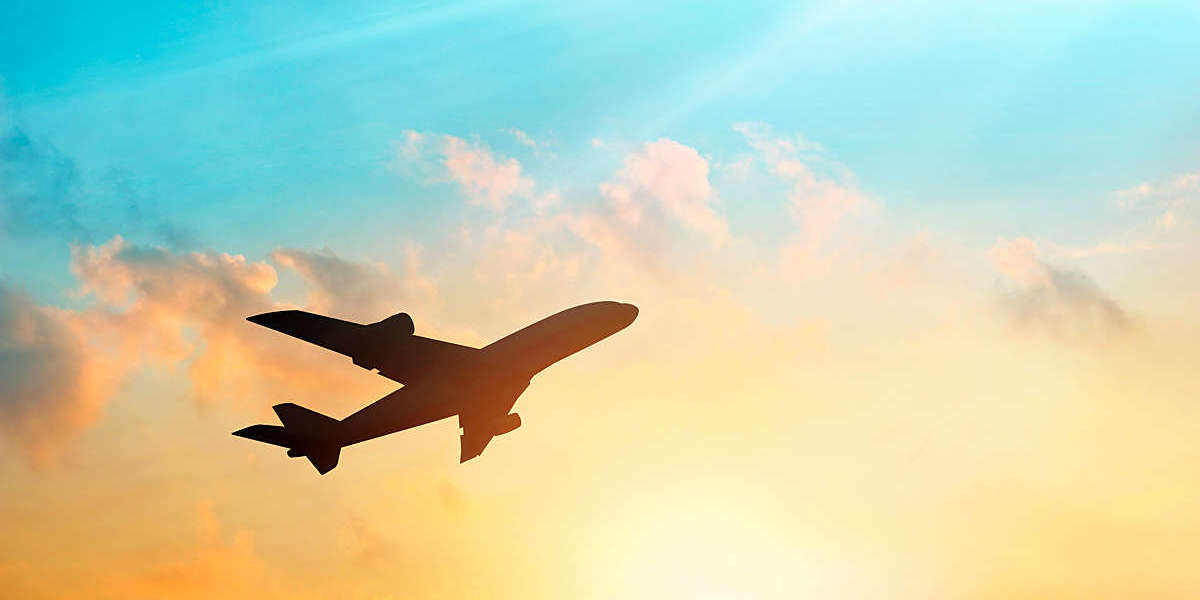 New technologies, from robotics to machine learning, are ushering in a period of rapid change and development. While the aviation industry is working to reap the benefits of this industrial automation, standards, especially those of ISO/TC 184/SC 4, will play a key role in ensuring a smooth flight path – but only if they can keep up.

Ever since Icarus boldly strapped on his wooden-framed wings made of feathers and wax and took to the skies, human beings have been defying gravity, designing and creating all kinds of contraptions and devices to get themselves airborne. Hubris, along with solar power, did it in for Icarus, but these days, the likes of Elon Musk, founder and chief designer of SpaceX and creator of Tesla, and Jeff Bezos, founder of Amazon.com and Blue Origin, are blazing new trails in the skies, driven by their vision and a sense of adventure, and propelled by the new technologies of the Fourth Industrial Revolution.

These modern-day Icaruses can afford to think big, and their successes, trailblazing endeavours and projections are splashed across the media. Of course, the aerospace and aviation industry has been pushing boundaries for years. From the first commercial air flight in 1914, demand for air travel has grown exponentially. As a result, the industry has had to seek new ways to design safer, faster, lighter, more fuel-efficient aircraft. And in the ever more environmentally aware 21st century, the industry also has to take action to reduce aircraft emissions and achieve a more sustainable carbon footprint – big challenges indeed in an era that has been described as “generation EasyJet”.

Finding solutions to these challenges calls for cost-­effective, fast and flexible new production processes. Technologies such as advanced robotics, artificial intelligence, machine learning, cloud computing and the Internet of Things are playing a huge role in such processes and are quietly transforming our lives, particularly in the aviation industry. Every time we step on a plane and buckle up, we are handing ourselves over to some degree of automation.

For instance (nervous flyers should look away now), we never think about the thousands of holes that are holding the different parts of the plane together and how those holes were drilled, a time-consuming task that also requires a lot of precision. Ben Morgan, Head of the Integrated Manufacturing Group at the Advanced Manufacturing Research Centre at Sheffield University, points out in an article on automated manufacturing in The Engineer, this is a task better suited to robots than people. “Automated systems can achieve greater precision, and do not get bored or tired; drills capable of handling aerospace materials and layers of different materials are bulky, heavy and difficult even for skilled staff to use,” he says. Good news for air travellers.

And when you consider that a Boeing 747, for example, consists of six million parts, which must all be assembled, it becomes clear that automated manufacturing has a key role to play in building new aircraft. However, therein lies the challenge for the aviation industry – not only in staying abreast of the rapid development of new technologies but also ensuring standardization in the field of automation systems and their integration for design, sourcing, manufacturing, production and delivery, support, maintenance and disposal of products and their associated services.

One person with a unique perspective on both these challenges is Kenny Swope, Senior Manager, Business Capability Integration, at Boeing, and Chair of technical committee ISO/TC 184, Automation systems and integration, subcommittee SC 4, Industrial data. For a company like Boeing, which is a manufacturer of highly complex systems at scale, Swope says standards are critical to its overall success in the industry and are woven through the company’s “product, the supply chain and the service offerings in a myriad of ways”.

He cites three standards as playing a key role. According to Swope, one of the most successful standards in the adoption of a digital product design is ISO 10303, Industrial automation systems and integration – Product data representation and exchange, often referred to as STEP. ISO 10303 comes under ISO/TC 184/SC 4 on industrial data. STEP has evolved into the most commonly used standard for exchanging product design data between computer-aided design (CAD) systems, both inside companies and across the global supply chain. 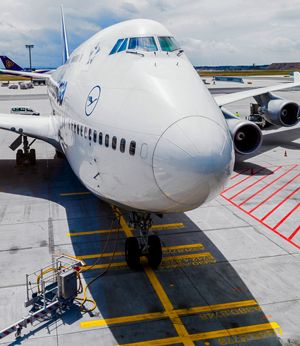 He says: “As the heart of the product design and deliverable from engineering to manufacturing, the three-dimensional representation of the product design coupled with the engineering requirements and manufacturing information form the core of the digital twin.” This collection of data for a detailed virtual representation has clear benefits. At Boeing, Swope says, “the product design is distributed to both internal and external stakeholders at the component and assembly level and this standard is critical to that network”.

Disseminating complex data on product design for general instruction, training and documentation is another big challenge. Here, Swope highlights ISO 14306, Industrial automation systems and integration – JT file format specification for 3D visualization, which is also managed by ISO/TC 184/SC 4. He says the standard is invaluable in providing what he describes as a “lightweight version” of a complex data structure such as the visualization of the product for manufacturing, service and support, which “is useful in engineering documents, online service manuals and manufacturing stations”.

The third standard, ISO 32000, Document management – Portable document format, “is a strong partner to both ISO 10303 and ISO 14306”, says Swope. This standard, commonly known as the PDF standard, is, he adds, vital to the seamless operation of the digital future as it provides a universally accepted conveyance vehicle for the product design and its associated information.

Finally, ISO 8000, Data quality, and ISO 22745, Industrial automation systems and integration – Open technical dictionaries and their application to master data, are significant enablers to smart manufacturing. As ISO 9000 is to manufacturing quality, ISO 8000 is to data. Smart manufacturing requires data free of defect and openly shareable data definitions of commonly used parts. ISO 22745 provides a multi-industry solution to sharing definitions of these common parts for use across the supply chain.

Annalise Suzuki, Director of Technology and Engagement, at Elysium Inc., a software company that describes itself as a multi-CAD data exchange optimization platform, also extols the benefits of standards and the critical role they play as the trend for industrial automation grows. She says: “Organizations pursuing automation for efficiency gains must find a balance between adopting new technology and leveraging stability from standards where they can.” 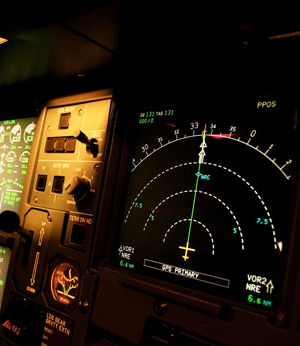 Like Swope, Suzuki believes that leveraging standards allows organizations to quickly agree on the means and methodology to collaborate, without overcomplicating processes. She says: “It allows doers to take action without the need to solve ‘how’ first.” While standards allow collaboration among people today, she says they will be “a key enabler to drive automation potential for machine-to-machine communication, which will be the basis for achieving the Fourth Industrial Revolution”.

Standards clearly go a long way to helping industry realize the full potential of automation, enabling people and technology to work hand in hand. But what about safety? Unlike our old friend Icarus, who turned a deaf ear to his father’s warning about flying too close to the sun, the aviation industry rightly puts safety concerns to the fore. But does smart manufacturing, and industrial automation in particular, carry the seeds of potential lapses in safety, especially when it comes to data security?

Christoph Preusse, an expert and designee from ISO/TC 199, Safety of machinery, and Chair of the Smart Manufacturing Coordinating Committee (SMCC), acknowledges the threat to safety from IT-system malfunctions. However, he points out that a lot of effort has been made by ISO/TC 184 (together with the International Electrotechnical Commission’s IEC/TC 65) as well as in ISO/TC 199 to improve security and the interaction between security and safety (for example, future technical report ISO/TR 22100-4). As a result, Preusse says, “industrial automation and its control systems are actually on the way to improving the safety of machinery”.

As mentioned earlier, one of the striking characteristics of the Fourth Industrial Revolution is the speed at which new technologies are being developed. Many young people growing up now, for example, have never used a land line. While industry adoption is something that each company has within its control, Swope says that gaps are often found that need to be addressed and resolved. “These resolutions simply take too long in today’s rapid-paced business environment. In addition, new technologies and methods of manufacturing are emerging that are seeing significant industry excitement. Additive manufacturing, blockchain, and advanced robotics are recent examples. While value generation is occurring right now as an emerging space, the real value will come when these and other technologies are standardized and replicated at a massive scale.”

The biggest challenge, therefore, in many respects, is how ISO and other standards organizations can keep up and ensure their standards remain relevant. As Swope puts it: “There is speed to adoption and speed of development.” He says consensus can be time-consuming and the more stakeholders have to agree, the more difficult consensus becomes and the longer it takes to achieve.

However, along with the biggest challenge, Swope also sees a great opportunity – the rate of standards development. He says: “I see opportunity for ISO and other standards bodies to digitally transform themselves and move to that agile future state. There are encouraging pilots and early work occurring in this area.” For Swope, ISO/TC 184/SC 4 is contributing to that future state “by adopting and promoting as many advancements as possible with these pilots, working with stakeholders in industry and across ISO”. Smart moves.