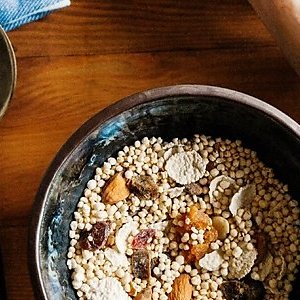 Standardization is a truly international activity, and I’ve been lucky to have worked with more nationalities than I can remember. But, that said, my first business meeting with a German remains etched in my memory. It was in fact nothing more than a working breakfast, a chance to meet face to face after a good number of productive and friendly phone calls. “So, we’ll meet at the café at half-nine? Look forward to meeting you then!”

Well, it turns out that for Germans, half-nine, means half-an-hour-before-nine-o’clock-has-arrived (08:30), while for an Englishman, such as myself, it means half-an-hour-has-passed-since-nine-o’clock (09:30). It was an embarrassing mistake, though without serious consequence; an apology, and the pancakes and coffee on me. But it could have been something much more serious than a fudged Frühstück.

That’s why in 1988, ISO 8601 was published. In a single document, Data elements and interchange formats – Information interchange – Representation of dates and times, established a fool-proof format for computer users, ensuring that critical events happen on time. Whether scheduling flights and public transport; broadcasting sports events; keeping public records; managing major projects; or establishing a reliable way to swap the inconceivably huge amount of data that keeps modern life on track, ISO 8601 is a game-changer.

So when I saw that TC 154, the 39-member strong ISO Technical Committee for Processes, data elements and documents in commerce, industry and administration had worked to publish a draft in December 2016 that updates ISO 8601, I was intrigued. Since the current edition was published, in 2004, what could possibly have changed about date and time? There are still 24-hours in a day, 365 (and-a-bit) days in year? So why a new International Standard?

If anybody can shed some light on this, it is Klaus-Dieter Naujok, the chairman of TC 154. A quick look at his résumé reveals that Klaus been involved in standardizing data exchange since the infancy of computing. Among a wealth of other projects, he’s worked on the UN/EDIFACT standard that formed a basis for subsequent ISO standards in the field. And since 2013 he’s been Convenor of TC 154’s Working Group 5, which deals with the specialised area of representation of time and dates. So, he’s definitely the person to speak to.

With Klaus based on the USA’s West Coast, and ISO’s Central Secretariat being in Geneva, I am reminded again why dates and times can be such a tricky business. Luckily for me, and millions of others, the application of ISO 8601 means that I can simply pick a time in my calendar and leave my PC to send him an appropriately time-adjusted RSVP. So the appointment arrives, and as I’m coming to the end of my day, Klaus is at the beginning of his. We connect by internet, and I pop the big question: What’s changed in ISO 8601 (in language I can understand please)?

"Well, the most visible change is that ISO 8601 now has a second part. Part two deals specifically with extensions to the basic rules that are defined in Part one. You mention ‘everyday language’... since date-and-time touch everyone, there are a lot of common expressions that don’t have a shared definition: semester, trimester, spring, summer, autumn, winter, to name a few. For these everyday terms, and questions such as ‘when does a day start, or end’, we’ve developed new ways of representation."”

Klaus goes on to explain that DIS 8601-2, extensions, also covers: how dates are grouped; how date ranges are specified; how intervals between recurring events need to be represented, and how to deal correctly with leap-seconds. But that’s not all that has changed. So have the sectors that are making use of the technology. We had requests from some surprising places: genealogists, statisticians, government agencies and the US Library of Congress!”

So what sort of specific needs do they have? How do they represent dates differently to others?

"When dealing with historical events or people who were born or died long ago, the information is often incomplete. Perhaps we know the year that someone was born, but not the month. So we had to develop a consistent and accurate way of dealing with incomplete information."”

OK, so there are now ways of using standardized date representation, even when we don’t know the exact date. I mull over the benefits to archivists, historians, library scientists, and then try to pitch Klaus a curve-ball. So what happens for dates that are BC, ancient Greece and so on? How does a four-digit format work in that case?

“Well, that’s actually not as tricky as it seems. We solved that by simply using a minus sign! But of course, you mention the four-digit year format, the importance of which has been clear to everyone since the Millennium crisis [when, at the end of the 1990s, computers using a two-digit date format were unable to distinguish between 1900 and 2000 (or of course any centennial year…)]. But did you know that the Draft ISO 8601 actually allows you to have years with more than four digits?”

No, I didn’t. Though it’s hard to imagine when such a need would arise. Unless...you’re talking about a very long time in the future?

"Exactly!" returns Klaus, "there are scientists who are dealing with events in the future, climatologists or people working on astronomical timescales, who may need to refer to events that could occur after the year 10 000." Talk about future proofing!

So, it seems that the Draft of ISO 8601 evolves a fundamental International Standard on a scale that keeps it relevant to everyday life for years to come. As I wrap up my interview with the ever-enthusiastic Klaus, I thank him, and TC 154, wish him all the best for the rest of his morning, and write up my notes before tomorrow begins.