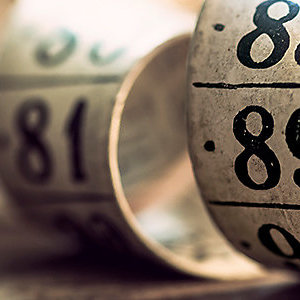 When is a kilogramme a kilogramme? How do you accurately measure the spectrum of light? How do you correctly measure in thermodynamics? Consistency in quantities and units is essential for accurate measurement and can only be achieved if everyone is using the same language. The ISO/IEC 80000 series of standards does just that, and it is currently under revision.

The series gives terms, definitions, recommended symbols, units and any other important information related to quantities used in science, engineering, metrology and industry. It is a reference for those writing scientific or technical documents, textbooks, standards and guides.

Prof. Leslie Pendrill, Chair of ISO/TC 12, Quantities and units, the technical committee (TC) responsible for the ISO parts in the series, and Dr Michael Krystek, Convenor of the TC’s working group in charge of their revision, are also involved in the revision of the SI brochure to ensure that the standards correspond.

“Harmonized treatment of quantities and units, as presented in the ISO/IEC 80000 series, will facilitate the route to market for innovative products and services of all kinds,” said Prof. Pendrill.

“With increasing demands for unified measurement in many areas, such as global trade, manufacturing, energy production and health, it is important we revise and check the standards to ensure they are as relevant and accurate as possible, and aligned with the International System of Units.”

The ISO/IEC 80000 series of standards underpins the international harmonization of terms, definitions and symbols used in science and engineering and thus guarantees a unified language and writing of formulae. It reduces the risk of error and facilitates and encourages communication between scientists and engineers of many disciplines.

The standards are expected to be used by metrology and technical institutes, academia, technical book writers and translators, standards developers and many areas of industry.

A number of the parts are currently at Draft International Standard (DIS) stage and approaching publication. They are:

In addition, ISO 80000-9, Physical chemistry and molecular physics, and ISO 80000-11, Characteristic numbers, have recently reached DIS stage, meaning interested parties can once more submit feedback on the draft before final publication. The other parts in the series on quantities and units are:

The revision of Parts 1, 3 and 8 should reach DIS stage some time later this year.

The ISO parts of the ISO/IEC 80000 series of standards are being developed by ISO/TC 12, Quantities and units, whose secretariat is held by SIS, the ISO member for Sweden. The series can be purchased from your national ISO member or through the ISO Store or the IEC Store.