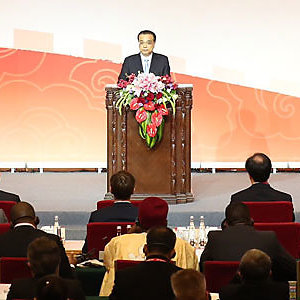 High-level Chinese officials, including the country’s Premier Li Keqiang, highlighted the importance of International Standards at the Open Session on “Standards Improve Global Connectivity”, which took place on 14 September 2016 during the ISO Week in China in Beijing.

Speaking to a gathering of over 500 representatives from national standards bodies, international organizations, public authorities and business, Premier Li stressed the importance of standards to help China recover from its sluggish economic growth.

Boosting innovation is also vital to the steady recovery of the world economy, and standards are key to consolidating this innovation into tangible productivity. “Standards are the basis for technological advancement,” explained the Chinese Premier, adding that with today’s rapidly evolving technologies, we need to speed up the implementation, formulation and revision of standards.

For the world’s second-largest economy, standards are instrumental to ensuring quality, efficiency and stable growth. They reflect the competiveness of business and the strength of a nation. “We have intensified our efforts to apply International Standards,” said Li. Yet to maintain steady economic growth, China must now focus on reform and “promote the upgrading of the economic structure”.

“Today I am here to show the commitment of the Chinese government to standardization,” declared Premier Li, emphasizing that China must “have the courage to enforce high standards”. As consumer needs are becoming more diversified, with individualized consumer demand becoming the main trend, China needs to use adaptable standards to promote flexible production.

Premier Li also highlighted the importance of standards in helping to upgrade manufacturing, which he referred to as the backbone of the Chinese economy, encourage the development of new energy sources and promote a greener economy. “ISO is a ‘united nations’ of technology,” he said. “Only cooperation can lead to mutual benefit and win-win outcomes.” He also emphasized the need to support developing countries in getting more involved in standardization, urging those present to work together to write a “symphony of standards”.

For China’s Premier, it’s time for the country to reform and modernize its administration, so that the government is no longer the sole supplier of standards. “There has to be more flexibility and autonomy in promoting International Standards,” he stressed, affirming his country’s desire to create a new system of standards where government plays a smaller role. “Simplicity, uniformity and transparency are what standardization stands for,” but for Premier Li that is also “what good governance is about”.

Premier Li Keqiang concluded by saying that China will further reach out and intensify its cooperation with ISO and its members.