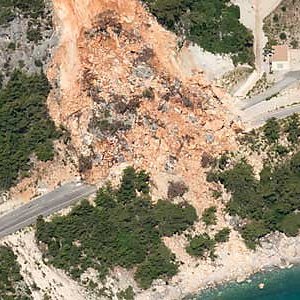 A landslide often causes high material damage with corresponding costs or even personal injury and death. Now, new work on early warning systems started by ISO will help warn populations in disaster prone areas of the risks and actions needed in the likelihood of a landslide.

The first-of-its-kind proposal, ISO/AWI 21499, Security and resilience – community-based landslide early warning system, will serve to empower individuals and communities who are vulnerable to landslides to act in sufficient time in appropriate ways to reduce the possibility of injuries, loss of life and damage to property and the environment. It is designed to encourage communities to play a much more active role in their own protection.

The guidelines will be used by communities vulnerable to landslide, government agencies and non-governmental organizations at central, provincial, municipality/district, sub-district, and village levels. Its recommendations will include the following:

The implementation of early warning systems in the world is in line with the Sendai Framework for action, endorsed by the UN General Assembly following the 2015 Third UN World Conference on Disaster Risk Reduction (WCDRR). One of the four priorities emphasizes the improvement of preparedness in order to respond effectively to a disaster, by implementing a simple, low-cost early warning system and improving the dissemination of information.

The future standard will be developed by ISO/TC 292, Security and resilience. Forty-three countries participate in the committee’s work, under Swedish (SIS) leadership, with another 14 as observers.