Comparing prices to get easier with new standard in development

In a price-conscious world, being able to compare prices quickly and effectively is a growing consumer demand. A new standard in development on unit pricing will help. 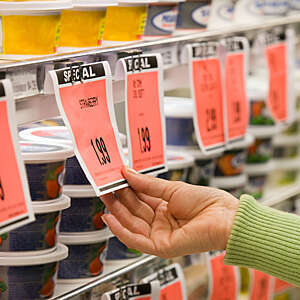 Consumers are increasingly using price as a factor when making purchase decisions1. But with an explosion in product choices – a survey of an Australian supermarket, for example, showed it had 55 000 items – as well as greater variations in product sizes and packaging, comparing similar products based on price is a complicated, time-consuming task.

Unit pricing is a simple solution that allows consumers to quickly assess the value of products when compared with similar ones packaged in a different manner. Research has shown that, where it exists, consumers are likely to use it in making their choices2, but it is not always widespread and laws and units vary widely around the world.

It is for this reason that ISO experts have recently come together to form a committee aimed at developing a standard to make unit pricing work effectively.

ISO project committee ISO/PC 294, Guidance on unit pricing, has now started work on an International Standard that will establish guidelines and principles of unit pricing such as visibility, accuracy, consistency and uniformity.

Committee Chair John Furbank explained that the new standard will make comparing products easier for consumers and give retailers a competitive edge.

“The standard will provide the potential to save consumers millions of dollars worldwide, and benefit retailers by adding to customer satisfaction and thus loyalty.”

The standard is likely to be published sometime in late 2017.

Those interested in getting involved in the standard’s development are invited to contact their national ISO member.