Strong growth in energy and food management system standards, according to ISO survey

As the world evolves, it continues to trust ISO management systems standards to keep its organizations performing well. At least, that's what transpires from the latest ISO Survey of Certifications. 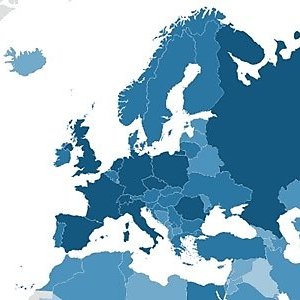 The economy changes and we must change with it. But this doesn’t seem to dent the appeal and relevance of ISO’s management systems standards, as confirmed by the ISO Survey of Certifications 2014*, which gives a worldwide panorama of certifications issued to these fundamental standards. Interest is such, in fact, that a newcomer – ISO 22301 for business continuity – has been included in the annual survey, bringing the sum total to eight standards instead of the usual seven. In a world increasingly plagued by natural and human-induced disaster, the standard is already receiving keen interest from businesses worldwide wishing to obtain certification, which attests to its vast potential user base.

The latest edition of the survey indicates that most ISO management systems standards have now reached a steady cruising speed, a sign of their current – and future – longevity on the market. But while maturity sets in, three strong performers stand out of the crowd in the fields of energy management (ISO 50001, still flourishing with 40 %), food management (ISO 22000, with a respectable 14 %) and, to a lesser degree, the automotive sector (ISO/TS 16949), whose 8 % growth reflects the market’s recent, but ongoing, recovery.

Bearing out a trend that began a few years ago, the global share of certificates to ISO 9001 (quality management) and ISO 14001 (environmental management) has stabilized, with ISO 9001 showing a small 1 % growth while ISO 14001 picked up slightly from last year with an honourable 7 %.

So two decades on, have ISO’s flagship management standards become long in the tooth? Not necessarily. Simply, many of the world’s largest firms have now been certified and are branching out to more specific standards such as ISO 50001 for energy management. Yet despite adoption of ISO 9001 and ISO 14001 maturing in many markets, that’s not to say they aren’t still loved, and the new editions released in September 2015 are expected to give the standards a fresh lease of life.