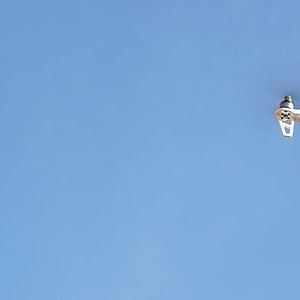 At a time when drones have become a regular feature in the news and are about to proliferate our airspace, it's a good idea to take a step back and examine some very basic and important questions.

Drones – also referred to as unmanned aircraft systems (UAS) – can range greatly in size, capabilities and cost. And the world market for this technology has grown by leaps and bounds in recent years. With such investment taking place, it’s clear the world is taking notice and focusing more on this industry, and all its related elements. This includes the aircraft, the control station and the communication link, not just the vehicle itself.

We spoke to Cortney Robinson, Director of Civil Aviation Infrastructure at the Aerospace Industries Association (AIA) in the USA and new Secretary of ISO/TC 20/SC 16 on unmanned aircraft systems. AIA, the premier trade association representing major aerospace and defense manufacturers and suppliers in the USA, manages the secretariat on behalf of ANSI (ISO member for the USA). Here, Robinson takes us through the trends facing both standards development and the industry.

Why did ISO create a subcommittee on unmanned aerial vehicles? And why now?

Standardization in the field of UAS is a timely issue, due to the increasing market demand for civil unmanned aviation vehicles as well as aviation for usage in the monitoring of borders, forestry and fisheries, oil and gas pipelines, and the delivery of cargo into orbit.

This technology is also seeing increased interest and use in search and rescue operations, transport and agricultural aviation, forest fires, solving the problems of detecting and mapping the areas of natural and man-made disasters, monitoring the status of water bodies, highways, conservation and other objects, and the organization of communication and the regulation of traffic in major cities.

There has been increasing public debate about the use of drone technology for recreational and commercial use, including its safety and security risks. That said, in what areas do you see effective use of UAS technology today?

The potential for commercial use is almost limitless, but if we had to prioritize, we should take a risk-based approach and balance the most beneficial missions with the operational risk. That's the surest route to building a strong safety case for this new technology. In the USA, the movie and film industry has developed a solid argument for how UAS operations present increased safety over using helicopters on set. Of course, flight over people is higher risk, but the decision of the US Federal Aviation Administration (FAA) to ease restrictions for operations in the Arctic is a good start. More practically, though, agriculture will likely be the first major industry to undertake large-scale UAS integration into its operations. In its notice of proposed rulemaking (NPRM), the FAA lists an impressive number of conceivable applications.

What are some of the challenges posed by UAS technology for industry?

Depending on the national regulator, some within industry find developing and implementing appropriate policies and infrastructure to be most challenging. For UASs, the optimal infrastructure is digital, satellite-based communication, navigation, and surveillance. With this in mind, the International Civil Aviation Organization and leading air navigation service providers, including the FAA, are influencing the development of International Standards towards UAS transformation by investing in infrastructure like NextGen that will allow efficient airspace access for all users while maintaining safety.

In what ways do you expect International Standards to address some of these challenges?

International Standards are critical in creating the global commercial market that many publicize widely. It is vital that these standards bring about a globally harmonized airspace for routine UAS access that will expand the commercial opportunities without compromising on safety and overall airspace efficiency. Critical standards under development are detect & avoid and command & control.