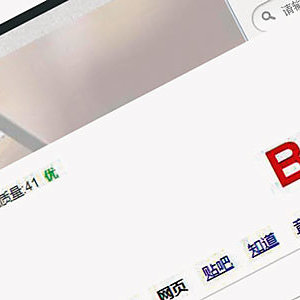 Engaged in the fight against copyright piracy and counterfeit standards, the Standardization Administration of China (SAC) has successfully dismantled a number of nefarious online networks, ensuring standards users get the real McCoy. Mr. Guo Hui (SAC) and Nicolas Fleury (ISO/CS) tell us more.

When it comes to the protection of intellectual property rights, China has had its work cut out. In recent years, widespread use of the Internet has significantly increased the number of standards copyright violations, which can leave a company at risk of using illegal copies of standards. Yet the quality of a country’s goods and products is crucial for competing on international markets, and intellectual property infringement is seen as a threat to economic success – and to the successful application of standards. China is no stranger to this notion and has made substantial efforts to curb these online practices.

So in October 2010, a special campaign was set up, dubbed “Sword Net Action”, to deal with Internet copyright piracy. During a special operation, a total of 512 complaints and reports from all over the country resulted in 190 administrative cases and 93 (presumably criminal) judicial cases. In addition, 137 sets of servers and related equipment were confiscated, and 201 Websites were referred for shut-down. The less traditional forms of piracy, such as the infringement of copyright in industrial standards, received considerable news coverage.

There are two main reasons for protecting the copyright of International Standards. The first is that a large portion of the standards development process is financed through revenues from the sale of standards and the commercial exploitation of their content. According to market research consultants Outsell, standards sold by national and international standards bodies amounted to USD 515 million in 2013, much of which was ploughed back into standardization activities.

The second, and less obvious, motivation is to ensure people have access to the genuine and most up-to-date version of a standard that exactly reflects the consensus reached in the technical committee. Rampant piracy undermines the authority of standards and threatens their validity, misleading consumers and resulting in major trade disputes (over food safety issues, agricultural hazards and other similar problems) and huge losses.

Clearly, the unauthorized copies available on peer-to-peer or file exchange platforms on the Internet or on Webshops are problematic. Here’s one example: Chinese Web services companies such as baidu.com, the second most popular search engine after Google, and docin.com, employ a “digital coin” system, which allowed users to upload thousands of pirated standards to their digital libraries. The coins earned may then be used to “purchase” English-language and Chinese translations of textbooks and other written material.

Determined to stamp out the problem, SAC, ISO’s member for China, took action to crack down on copyright piracy, which resulted in Baidu removing more than 500 000 illicit documents, while Docin deleted over 160 000 illegal copies of ISO standards.

Measures took many creative forms: doc88.com implemented a new screening application that automatically shields the upload of illegal copies; baidu.com devised a unique “DNA anti-infringement” system to compare the contents of official and illegal copies; and used a clever “keyword filtering system” that automatically searches and deletes illegal copies. As for 3dportal.cn, it simply closed down its Standards Forum, explicitly banning users from uploading counterfeit standards.

Complaints were also treated very seriously, with Baidu opening a real-time “green channel” ensuring the grievances of copyright owners can be dealt with as soon as they are received. Docin, for its part, established a special team with a fast-track procedure to address complaints of illegal standards.

The Chen and Wang affairs

Around the same time, a number of Websites selling unauthorized standards where identified through the combined efforts of ISO and its members, including SAC. Together with the Chinese authorities – agencies such as public security, the procuratorate and the culture enforcement department – SAC gathered hard evidence of the illegal sales of pirated ISO standards taking place on these Websites.

A public prosecution ensued, initiated by the People's Procuratorate of Lucheng District, Wenzhou City, and on 21 November 2012, a Mr. Chen was found guilty of the crime of copyright infringement for illegal profit and sentenced to one year in prison, a two-year suspension and a fine of USD 30 000. His illegal earnings were confiscated.

In September of the following year, suspicious activities uncovered by ISO led SAC to investigate yet another case of online infringement involving pdfstd.com, a platform selling illegal copies of International Standards. This time, the Shanghai Public Security Bureau set up a special team to deal with the case. After months of intensive investigation, and with ISO’s support, SAC, the Public Security Ministry and the National Copyright Administration of the People's Republic of China (NCAC) identified a suspect – a Mr. Wang, who was duly arrested.

Evidence showed that Wang and his partners in crime had rented four virtual servers overseas and set up five Websites – including the by now infamous – through which they had sold over 100 000 pirate copies of International Standards. In October 2014, Wang was sentenced to three years in jail, a four-year probation, and a fine of USD 30 000 for the crime of copyright infringement.

When government gets involved

Of course, such results would never have been possible without the resolve of the Chinese government and its nationwide crackdown against intellectual property rights infringement and counterfeit goods. Coordinating operations was the National Leading Group on the Fight Against Intellectual Property Rights Infringement and Counterfeiting, which served as the linchpin between several national authorities and agencies. Together, they developed a method of investigation that proved highly effective in uncovering standards piracy.

Finally, in 2013, conscious of the need to use original copies of standards for goods and services produced in China, the governement added standards copyright protection to the list of “ten targeted cases” recorded under the “Sword Net Action” campaign against online piracy, signalling its determination to protect the integrity of International Standards.

The legacy of these court cases was huge, generating unprecedented public interest. Riding on their success, SAC used these examples with the news media to educate people about copyright policies and laws, explain the importance of respecting intellectual property rights and working with standards from authorized sources.

The “Zero Tolerance for Infringement of International Standards” report published in and garnered an overwhelming 212 000 views on the Internet. And as one of Sword Net Action’s most critical cases, the Wang story made national headlines in major news agencies and television channels across the country – including CCTV, Beijing Television, and China News Service – as well as in online media.

In an attempt to rally international sympathy to its cause, SAC – in collaboration with China’s Administration of Quality Supervision, Inspection and Quarantine Department (AQSIQ) and the National Copyright Administration of China (NCAC) – used the opportunity of World Standard Day (WSD) 2014 to promote the need for copyright protection in International Standards. In a Workshop held in Beijing on 21 October, China declared its moral obligation – as a permanent Council member of ISO – to protect International Standards against piracy.

The following day, as part of the WSD activities, the Shanghai Copyright Administration hosted a seminar in Shanghai to explore cases of piracy and infringement. ISO and SAC’s positive experience in combatting piracy at the international level helped drive home the relevance of policies for protecting International Standards.

All were hopeful that, through concerted action among all interested parties in the fight against standards copyright infringement, the Chinese experience might be replicated globally in years to come.

Is the golden age of copyright piracy almost over? China and SAC have indeed come a long way in recent years. In a letter of gratitude to its Chinese member, ISO Secretary-General Rob Steele praised the efforts of the Chinese government to protect International Standards, stating: “The actions taken significantly reduced further damages that could have occurred for ISO and certainly contributed to the copyright protection of ISO standards in China and worldwide.”

Yet the fight is far from over. Some “pirate” Websites are notoriously difficult to pin down. Cleverly feigning innocence with registered domain names and foreign-based servers and payment platforms, they willfully engage in illegal activity on the homefront. So can piracy ever be stopped completely? Probably not. This is not a prophecy of gloom, however, and the Chinese experience might just be the dawn of a new global collaboration.