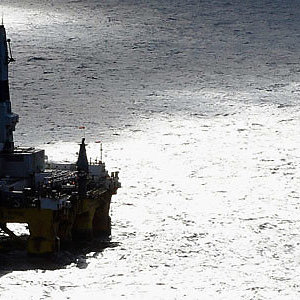 Forget the North Sea and the Middle East, it is the frozen oceans of the Arctic which are the next great frontier that companies such as Statoil are exploiting. The Norwegian company, the petroleum industry, authorities and other implicated parties are bringing together all their expertise to ensure this vital venture is done with one objective in mind: safety first in a cost-efficient manner.

The never-ending quest to find new deposits of fossil fuels has pushed far north. But wildcatting – the drilling of wells outside known oil or gas fields – is out of the question in such fragile ecosystems. A delicate balance must be maintained between protecting the pristine environment of the Arctic and finding and extracting the natural treasures that lie within its bowels. As if that weren’t enough of a challenge, the cost of such exploration and exploitation must not be so prohibitive that it renders the endeavour futile.

The Norwegian petroleum industry, authorities and other implicated parties are bringing all their expertise to bear on this vital, and controversial, venture. Extensive studies have been carried out to evaluate the safety of practices. These surveys are conducted not only to ensure drilling is not wreaking havoc on the environment, but that the people working in the field, in such extreme conditions, benefit from the greatest protective measures.

ISOfocus interviewed the key actors in the sector – Statoil, one of the world’s largest petroleum companies with operations in 36 countries, and the Norwegian Petroleum Safety Authority – to shed light on the issues involved.

Norwegian energy giant Statoil doesn’t easily get cold feet. Created from the merger of three major Norwegian petroleum companies in 1999, it is the largest operator on the Norwegian Continental Shelf with 60 % of total production. Hermod Johansen, Safety Manager of Statoil, explained to us the work his company is carrying out in the Arctic.

Challenges in the Barents Sea

Conditions in the Barents Sea are extremely challenging owing to the great distances involved, limited infrastructure and communications, and environmental concerns. Temperatures are extreme and factors such as the winter darkness, atmospheric factors, polar depressions, fog and sea ice must be taken into consideration.

Johansen is adamant: “When we drill in the Norwegian part of the Barents Sea at 73° north, it will initially only be in the summer, and here we draw on knowledge from the industry in the US, Canada and Russia. We believe in partnership and cooperation, and we must find cost-effective solutions in the Arctic, otherwise it won’t happen.”

Statoil’s safety expert speaks from a place of knowledge as the company was responsible for drilling the first well in the Barents Sea in 1980. Since then, they have been involved in 98 of the 109 wells drilled there, and have been the operator for 72 of them. As Johansen concludes with well-deserved pride, “We think it’s fair to say that we’re a company with considerable experience in this region.”

And experience they certainly need to mete out solutions to many potential disasters. “Our planning allows us to scale our emergency response capability according to the results of our environmental risk assessments,” asserts Johansen. In Norway, we have a very robust oil spill response capability in NOFO (the Norwegian Clean Seas Association for Operating Companies), which is a recognized, leading, efficient and robust oil spill response organization. It coordinates operating companies, Norwegian local authorities and the fishing industry in oil spill operations.

The industry has also learned a lot from previous incidents and implemented this into its contingency plans. In fact, Johansen is quick to state that Statoil wouldn’t have planned drilling at all if they hadn’t felt confident that they had the right response capability in place if something unexpected should happen. Safety measures underwent great scrutiny. The exploration wells were designed to reduce the risk of a blowout. A number of barriers within the well would have to be breached before any oil could escape to the surface.

Because crude oil and natural gas are hot and highly pressurized, their extraction is subject to much regulation. Roar Heum, Manager, Business Area Petroleum, at Standards Norway, says, “The Norwegian Petroleum Safety Authority (PSA) is an important contributor to national and international oil and gas standardization.”

The PSA is an independent government regulator with responsibility for safety, emergency preparedness and the working environment in the Norwegian petroleum industry. Norway’s regulations for petroleum operations offshore and on land are risk-based, and give great emphasis to principles for reducing health, safety and environmental risk. For the PSA, the principle of tripartism is important and standardization should be a suited arena for this. Cooperation between unions, employer organizations and authorities is, according to the PSA, a prerequisite for developing robust regulations and standards.

How safe, then, is Arctic exploration? Svein Anders Eriksson, Section Head, Petroleum Safety Authority of Norway, puts our mind at rest: “The overruling requirement in petroleum regulation is that activities shall be safe and performed prudently with no harm to people, the environment or assets.”

The industry’s step-by-step approach to drilling operations has provided valuable experience and knowledge to standardization organizations and to regulators. It is important that the lessons from current activities be captured in standards in order to allow others to perform activities in similar regions and provide a basis for further exploration.

Standards are the foundation for keeping the petroleum industry at the cutting edge of innovation. Jacob Mehus, Acting Managing Director of Standards Norway, gives us the details. “As the Norwegian standardization body and member of ISO, Standards Norway is engaged in bringing Norwegian oil and gas technology to the world. Standardization offers an independent and open arena for the public and private sectors, helping all parties.”

Norway’s ambition is to stimulate competition through standards to help make the Norwegian Continental Shelf (NCS) competitive and attractive for investment and to encourage exports.

It is also essential for Norway to maintain good relations with her northern neighbours, fostering a common understanding of potential risks and arriving at joint, harmonized solutions. Says Mehus: “If a blowout should occur on the Russian side in the North, it will also be catastrophic for Norway. The safety level will increase if we agree on joint solutions that have been prepared by the best experts we all have. Standardization offers a great forum for this.”

When Jonas Gahr Støre, former Norwegian Minister of Foreign Affairs, proclaimed it essential that the same standards be applied by both Norway and Russia in their activity on the Barents Sea, he also stressed the importance of industry endorsing standards which would be drafted by the most competent experts. ISO was the obvious forum to reach these objectives. And sure enough, in 2011, ISO technical committee ISO/TC 67, Materials, equipment and offshore structures for petroleum, petrochemical and natural gas industries, subcommittee SC 8, Arctic operations, was created in Moscow.

Given the reality that the petroleum industry is global, the PSA currently makes reference in its regulations to 160 standards and other normative documents. Of these, 40 % are currently International Standards.

Eriksson explains the rationale for this: “Reference to International Standards in our guidelines presupposes that they provide an acceptable level of health, environment, safety and emergency preparedness so that the petroleum industry can assume compliance to the regulatory requirements by applying the recommended solutions in the standards. International Standards should also ensure added value and cost-effectiveness for petroleum industry development and operations on the Norwegian Continental Shelf.”

As for Statoil, the main benefits of being actively involved in standardization are that it provides the company with access to experience, a good general overview, influence and the opportunity to establish a broad network. As an actor in the standards arena, Statoil can both influence and ensure the transfer of international expertise. For the oil conglomerate, this means a phasing out of national industry standards in favour of International Standards.

Norway’s ambition is to stimulate competition through standards.

So what’s on the northern Arctic horizon? The world’s demand for energy sources remains largely undiminished. Countries in the developing world have now joined the energy race. And until reliable and cost-effective alternative fuels can rival petroleum as the black gold standard to power the planet, exploration and exploitation must continue… with all the consequences this implies for people and the natural environment.