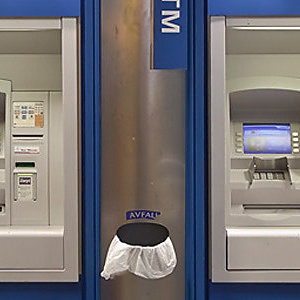 From wiring money to far flung places to everyday financial transactions, the humble BIC code is a vital ingredient in ensuring banking messages get sent to the right place. Now the standard that is used to define it has had a revamp, to make it even more robust and fit for the future.

Used by more than 108,000 organizations in 233 countries ISO 9362 Banking telecommunication messages -- Business identifier code (BIC) is one of the most widely used codes in the financial world and it is used to identify banks and financial or related institutions to facilitate automated processing of information for financial services.

Like all ISO standards, its fitness for purpose is reviewed peridically, and a revision of ISO 9362 was launched in 2011 in order to better serve the financial community.

Key changes include new registration procedures and the introduction of the BIC data record which allows for better identification of the counterparties in the financial industry.

Project leader for the technical committee that developed the standard Stig Korsgaard said the new version was made to align better with modern market practices and systems.

“ISO 9362 has been in use for 30 years in its various forms. It is an important tool in cross-border communications," he said.

"The latest version, developed to be more neutral in its application,will help to ensure data that this standard is also relevant and future proof for many years to come.”

The implementation of the standard will be completed by the Registration Authority by the end of January 2015, but the former version, ISO 9362:2009, will be continued to be respected over a transition period that ends in November 2018.

The “B” of BIC originally meant “bank” and BICs used to only identify banks. But since its 2009 edition, ISO 9362 also covers non-financial institutions. The acronym BIC was kept as it was already largely used, but the “B” of BIC now means “Business”.