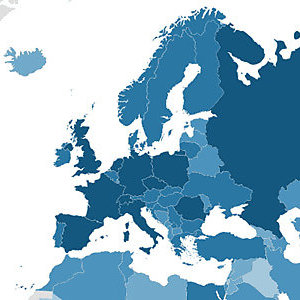 Getting certified to ISO management systems is still very much a priority. This conclusion comes courtesy of the latest ISO Survey of Certifications*, which records a grand total of 1 541 983 certificates issued worldwide at December 2013 – a 4 % increase on last year.

This annual survey, now entering its third decade, continues to provide a pragmatic picture of certifications to ISO’s management system standards across the globe. On trend from previous years, the latest edition demonstrates reliable performance for all seven ISO management systems standards covered in the survey.

Worthy of mention, two sectors hold special promise for the future, reflecting the world’s growing preoccupation with sustainability, including soaring energy shortages and a cleaner environment. Most notably, energy management standard ISO 50001 remains in high demand after its 2012 growth spurt, with a progression of 116 %, while ISO 14001 for environmental management, led by a pollution-choked China, records a 20 % increase in several regions.

A sign of the times? Undoubtedly. And certification is expected to rise further in these areas over the next few years, confirming, once again, that ISO management systems not only fulfil a need in the world economy but respond to the urgency of global concerns.

Mirroring last year’s handy format for faster searching and retrieval of data, the ISO Survey 2013 provides the full panorama of certifications and geographical distribution for each standard – in just a few clicks.